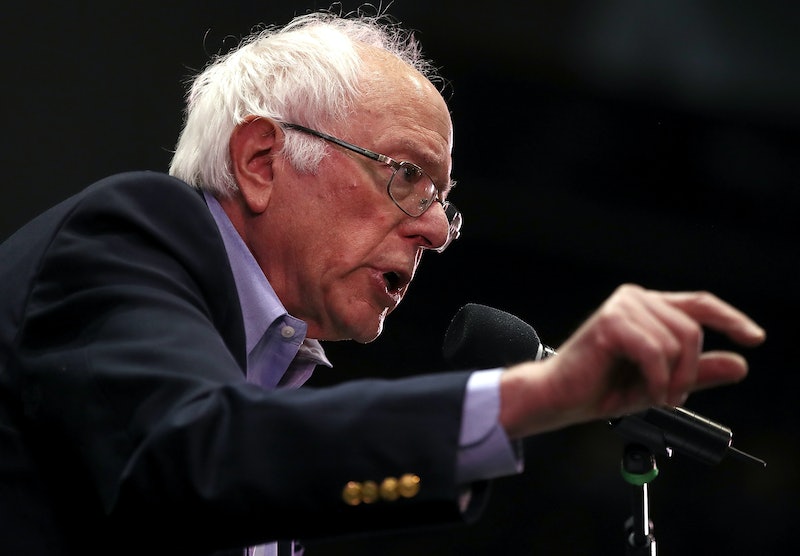 President Trump is expected to announce that he will withdraw the United States from the Paris climate accord, and in a statement Thursday, Sen. Bernie Sanders called Trump's decision on the Paris climate deal "an abdication of American leadership and an international disgrace." The Vermont Senator said that the United States must to participate in and lead global efforts to fight global warming "with or without the support of Donald Trump and the fossil fuel industry."

The Paris climate accord is a non-binding agreement that was signed by 195 countries in December 2015. It establishes policy benchmarks that each country will attempt to meet with the goal of preventing the global temperature from rising by 2 degrees Celsius by the end of the century.

"President Trump's decision to withdraw the United States from the Paris climate agreement is an abdication of American leadership and an international disgrace," Sanders said in a statement. "At this moment, when climate change is already causing devastating harm around the world, we do not have the moral right to turn our backs on efforts to preserve this planet for future generations."

Sanders is a staunch proponent of fighting climate change. Although he has criticized the Paris climate agreement for going "nowhere near far enough" to combat global warming, he nonetheless supports it as a step in the right direction.

"The United States must play a leading role in the global campaign to stop climate change and transition rapidly away from fossil fuels to renewable and more efficient sources of energy," Sanders said Thursday. "We must do this with or without the support of Donald Trump and the fossil fuel industry."

According to CNN, Trump informed members of Congress early Thursday that he intended to pull out of the agreement, and in talking points distributed to his allies, said that the accords were "a BAD [sic] deal for Americans" that was "negotiated poorly by the Obama administration." If and when Trump formally withdraws from the Paris agreement, the United States will be one of only three countries that aren't a part of the accords, the other two being Syria and Nicaragua.

Former President Obama also criticized Trump's move, saying in a statement that it reflected "the absence of American leadership" and that by withdrawing from the pact, the U.S. joins a "small handful of nations that reject the future." Nevertheless, Obama "confident that our states, cities, and businesses will step up and do even more to lead the way, and help protect for future generations the one planet we’ve got."

Although Trump has begun the formal procedure of withdrawing from the agreement, that process will take roughly four years to complete, which almost guarantees that the Paris deal will become a central issue in the 2020 presidential election.