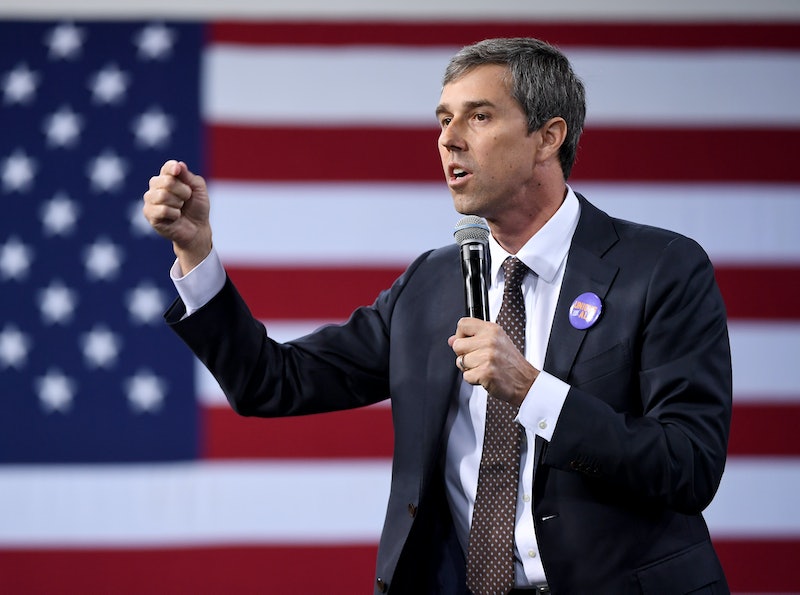 In what amounts to his first major detailed policy plan in the 2020 presidential race, former Rep. Beto O'Rourke released a climate change proposal on his campaign website Monday. It would run upwards of $5 trillion while reworking the economy to run on green infrastructure and limiting carbon emissions. According to the Associated Press, O'Rourke announced the plan just before taking a tour of Yosemite National Park in California.

"The greatest threat we face — which will test our country, our democracy, every single one of us — is climate change," O'Rourke said in a statement included with the policy on the campaign website. "We have one last chance to unleash the ingenuity and political will of hundreds of millions of Americans to meet this moment before it's too late."

The plan, as detailed on his campaign website, has four main pillars. First, O'Rourke details the actions he would take in the first 100 days in office, which includes rejoining the Paris Climate Agreement.

O'Rourke, according to his policy memo online, would put new regulations in place that would require increased efficiency from consumer appliances and power plants — while also limiting the amount of methane released by fossil fuel drilling sites. His plan would also push for public lands to become carbon neutral by 2030 in part by limiting new fossil fuel leases.

The second pillar of the plan includes $5 trillion in spending on infrastructure and investment, according to what the policy says, as outlined online. The money to pay for this will come from the "wealthiest" and corporations who will "pay their fair share" combined with an end to tax breaks for oil companies. The pot of money will be split between existing public financing institutions and performance-based tax incentives.

"The actions we’re announcing today will help us get there — by wasting no time cutting pollution, making historic investments in infrastructure, innovation, and in our communities, setting bold emissions targets, and defending those most at risk from the dangers and destruction of climate change," O'Rourke said in the statement accompanying the plan.

The third pillar focuses on getting to "net-zero emissions by 2050" in order to limit the rise in global temperatures to 1.5 degrees Celsius that scientists say is necessary to prevent the worst possible impacts of climate change. That's the same goal as the Green New Deal — and by 2030 O'Rourke's plan is to make it halfway, according to what the plan says on his campaign site. Part of O'Rourke's plan for the first 100 days is to pass a law that would make these goals enforceable legally.

According to the proposal, part four focuses on preparing communities that have to deal with increased national disasters as a result of climate change. And when there is a disaster, the plan says the government would work with communities to build back even better so that future disasters are less destructive.

According to what campaign spokesman Chris Evans told NBC News, the plan was written with input from "impacted individuals and communities, academics, scientists, entrepreneurs, advocates and activists, and local, state, tribal and federal government leaders."

As you read through the first policy of his campaign, O'Rourke will be busy at Yosemite, where he will likely upload another video or two.