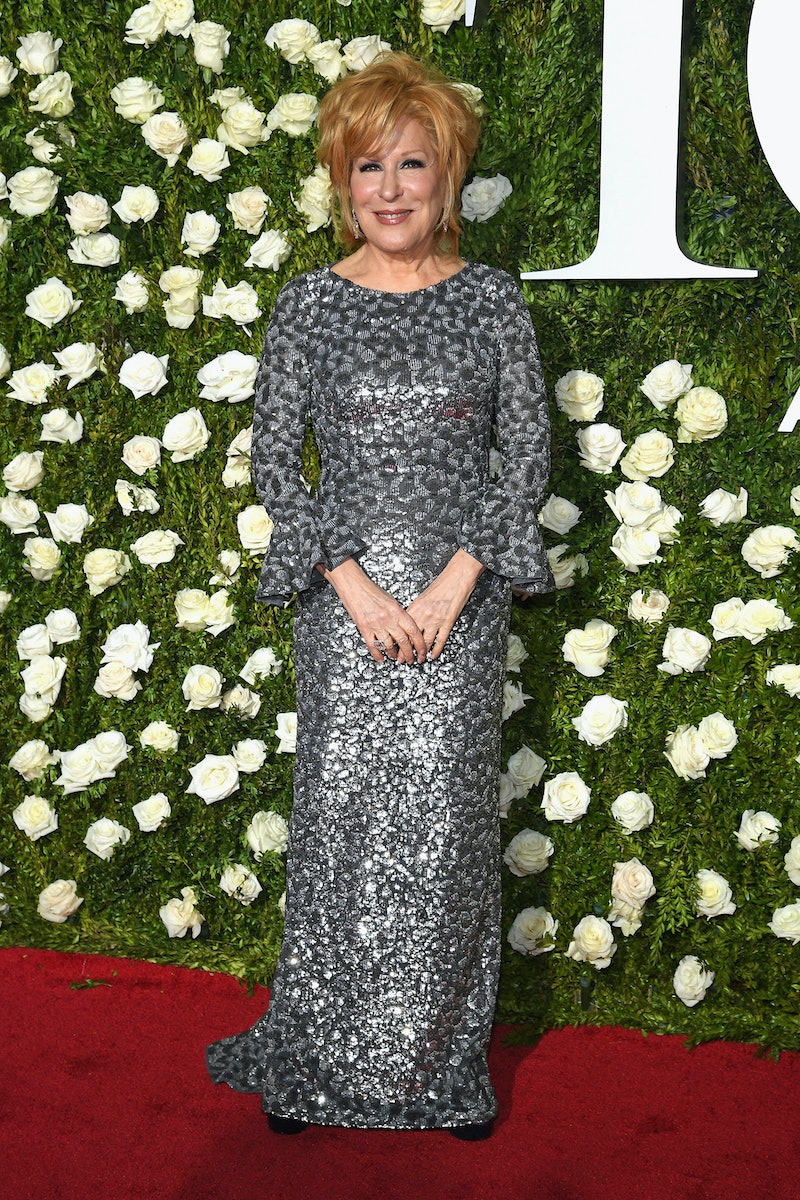 Bette Midler, also known as The Divine Miss M, is up for a 2017 Tony Award for Best Lead Actress in a Musical for her work in Hello Dolly! She was a vision at the ceremony. Midler's 2017 Tony Awards dress was a sweet and silver dream. Upon closer inspection, Midler's gown had this super unique, gunmetal aesthetic. Of course she slayed the frock, top to bottom, back to front.

Yes, Midler is known for her room-filling voice and her larger-than-life persona, which she loves to display in her many unforgettable stage and screen roles. But her evening ensemble was straight up classy.

The long-sleeved, column silhouette showed hardly any skin, save for her hands and neck. The sleeves of the dress had a little bit of bell-like flair, adding a soft touch. The pattern had a brocade-like feel, adding some further dimension to the dress.

Overall, the gunmetal dress was gorgeous and a perfect fit for the multi-hyphenate, who wore her ginger locks swept up in a partial and voluminous updo and whose skin had such a glow.

Midler, who is still fabulous at age 71, was as expected. As if her legion of fans could or would expect anything less from her.

What a fashionable pair! I personally am coveting those heels. So, so sexy. The stilettos worked with her swingy LBD. Mom and daughter crushed it.