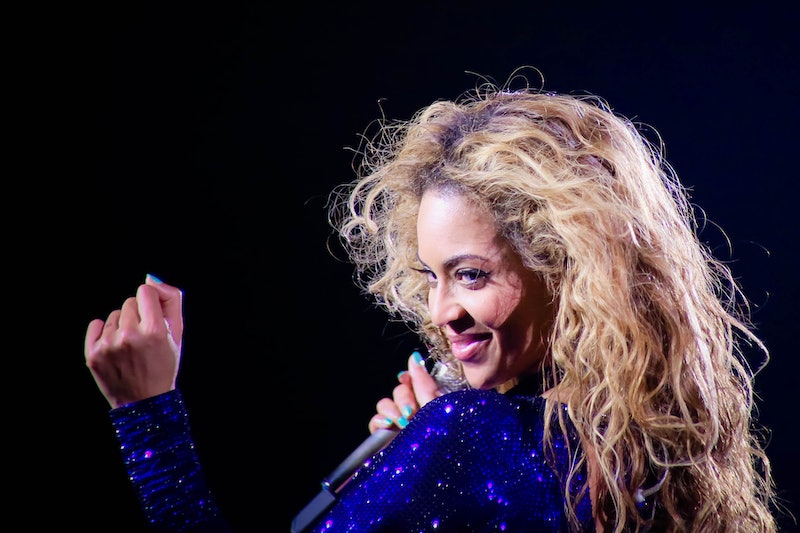 Breaking news to anybody who has ever worn skinny jeans: you have something in common with Queen Bey. Beyoncé joined Megan Thee Stallion on a "Savage" remix, which dropped on Wednesday, April 29, And she managed to deliver one of the most relatable lyrics of all time: "If you don't jump to put jeans on, baby, you don't feel my pain."

Beyoncé raps and sings on the reworked version of Megan Thee Stallion's hit song, celebrating her "savage" style and her Texas roots. Both the rapper and singer are from Houston, Texas, and the state even gets shoutout on the track. "More importantly, however, is the fact that Beyoncé and Megan Thee Stallion are both donating their profits from the song to Bread of Life Houston, which is offering assistance for COVID-19 relief in their hometown.

This collaboration has been a long time in the making. Megan Thee Stallion has made it no secret how much she admired Beyoncé. "Everybody knows that I super love Beyoncé," she said at a Women In Music event interview with Billboard. "I'm from Houston, she's from Houston. I've been listening to her all my life, and she is just somebody that, when I'm feeling... the wrong way, I just go back and watch her old interviews." The rapper added that it helped to see the singer talk about having the same struggles she deals with. "If Beyoncé could get through it, I can get through it."

Fans on Twitter are already going wild for the track. Not only because it unites two powerhouses, but it also provides an infinite number of fun lyrics, including, but not limited to, the instantly iconic line about jumping to put on jeans. Seriously, who hasn't done that at least once in their lives? Granted we don't all do it for the same reasons, but, hey, skintight jeans don't discriminate.

If history is any indication, fans should get ready for a new "Savage" TikTok challenge, this time with more Beyoncé — and hopefully more skinny jean jumping.