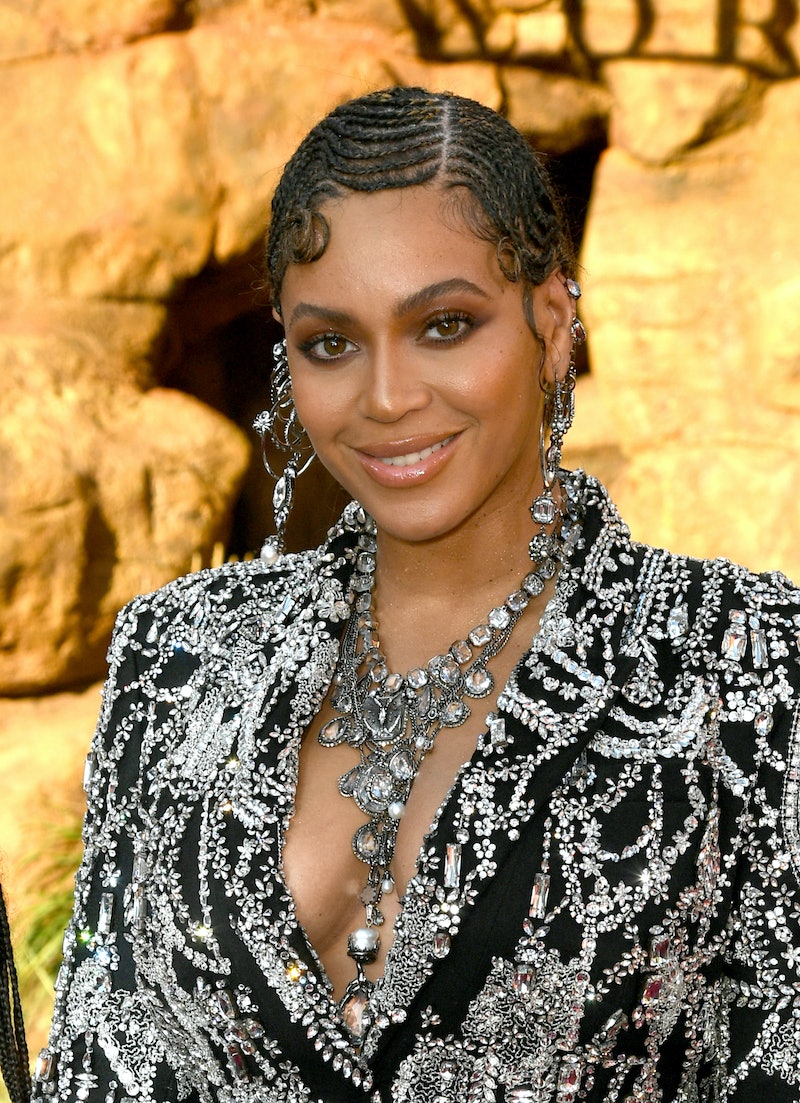 Following a surprise announcement from the streaming platform, Beyoncé's new visual album Black Is King is coming to Disney+, featuring music inspired by The Lion King. On Saturday, a one-minute teaser trailer for Black is King dropped on Beyoncé's website, previewing new music and a stunning visual experience for fans.

Black Is King was written, directed, and executive produced by Beyoncé, and will premiere on Disney+ on July 31, as per Variety. Disney and Beyoncé's Parkwood Entertainment described the film as a, "celebratory memoir for the world on the Black experience." The statement promised the album would be, "a story for the ages that informs and rebuilds the present" as well as "a reunion of cultures and shared generational beliefs."

The new visual album, which will be released one year after the theatrical release of Disney's The Lion King remake, is based on the music from the film's corresponding album, The Lion King: The Gift. Beyoncé voiced Nala for the film, as well as produced the album, which included a variety of artists including Childish Gambino, Kendrick Lamar, Jay-Z, Tierra Whack, as well as African musicians such as Wizkid, Shatta Wale, Burna Boy, Busiswa, and Salatiel.

Disney teased that Black Is King will re-imagine the lessons from the film for "today’s young kings and queens in search of their own crown," debuting new tracks from Beyoncé, as well as taking viewers on a lush visual journey.

Black Is King will follow "a young king's transcendent journey through betrayal, love and self-identity." His ancestors will "guide him toward his destiny," and along with his father's love and teachings, he "earns earns the virtues needed to reclaim his home and throne," as per Variety.

The forthcoming visual album is not the only musical project Queen Bey has dropped as of late. On Juneteenth, Beyoncé premiered a new song titled "Black Parade", a powerful track that drew on current events while celebrating Black excellence, as per People. The song — which was co-written by Jay-Z — references the ongoing Black Lives Matter movement, with the singer outlining a positive vision for the future.

Beyoncé's upcoming visual album will continue to "celebrate Black resilience and culture," and highlight, "the beauty of tradition and Black excellence", as per the announcement. Fans will have to wait until July 31 to watch the whole film, but in the meantime, you can enjoy "Black Parade" as a preview and support the businesses listed on her website.

More like this
Beyoncé Delivers “Soaring Vocals” On New Album “Renaissance”
By El Hunt and Radhika Menon
Big Freedia Reveals The Real Meaning Of Beyoncé’s “Break My Soul”
By Radhika Menon
Beyoncé Might Be Plotting Secret Intimate Gigs In The UK
By El Hunt
Will Beyoncé Be At The BET Awards To Perform “Break My Soul” Or Attend The Show?
By Jake Viswanath
Get Even More From Bustle — Sign Up For The Newsletter