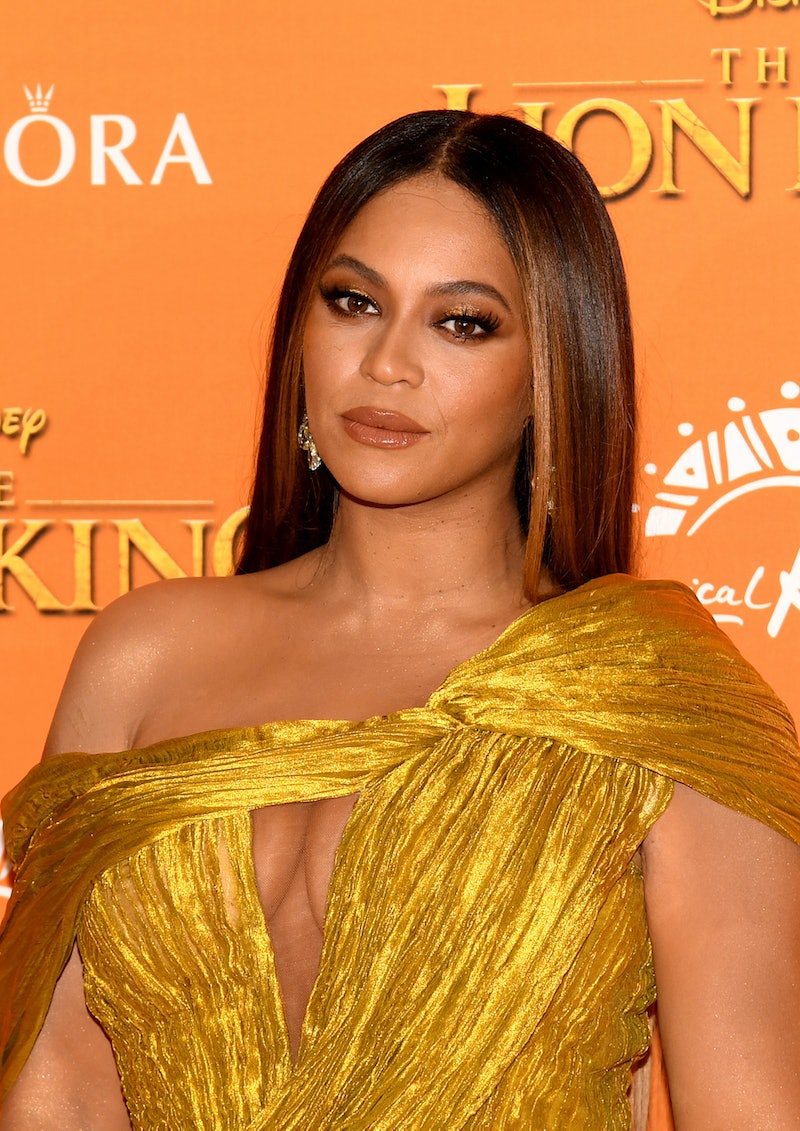 Formal charges have been filed against one Minnesota police officer involved in the death of an unarmed Black man, but Beyoncé's Instagram message about George Floyd's death emphasized that "justice is far from being achieved." The 24-time Grammy winner spoke out in a Friday, May 29, video, urging followers to sign various petitions she linked to on her personal website for those who wish to join her in demanding charges also be brought against the other officers involved in Floyd's May 25 killing in Minneapolis.

"We need justice for George Floyd," Beyoncé said. "We all witnessed his murder in broad daylight. We're broken and we're disgusted. We cannot normalize this pain. I'm not only speaking to people of color — if you're white, black, brown, or anything in between, I'm sure you feel hopeless by the racism going on in America right now."

She then urged her fans to take action, and pointed them to a collection of resources that aim to create change through political and legal action. The Minneapolis police department fired all four officers involved in the fatal arrest on May 28, but, so far, only Derek Chauvin has been arrested on charges of third-degree murder and manslaughter. The petitions Beyoncé shared from Change.org, Color of Change, We Can't Breathe, and the NAACP are demanding that three other officers — Thomas Lane, Tou Thao, and J. Alexander Kueng — also immediately face murder charges for their participation in Floyd's death.

"Yes, someone's been charged, but justice is far from being achieved," she said. "Please sign the petition and continue to pray for peace and compassion and healing for our country."

On May 25, cell phone video captured Chauvin pinning Floyd facedown on the ground with his knee pressed into the 46-year-old's neck for more than eight minutes, according to the Hennepin County Attorney's complaint against the officer. Floyd, who had been suspected of attempting to use a counterfeit $20 bill, repeatedly cried out that he couldn't breath before losing consciousness. He was later pronounced dead.

As Beyoncé continued in her video: "No more senseless killings of human beings, no more seeing people of color as less than human, we can no longer look away." The award-winning singer added that "George is all of our family and humanity."

More like this
Adele Is Attending The 2023 Grammys, Thank You Very Much
By Jake Viswanath
Will Beyoncé Perform At Or Attend The 2023 Grammys?
By Jake Viswanath
Beyoncé Has Officially Won The Most Grammys Ever & Twitter Is Losing It
By Jake Viswanath
Lizzo Calls Beyoncé “The Artist Of Our Lives” During Her Grammys Speech
By Alyssa Lapid
Get Even More From Bustle — Sign Up For The Newsletter
From hair trends to relationship advice, our daily newsletter has everything you need to sound like a person who’s on TikTok, even if you aren’t.