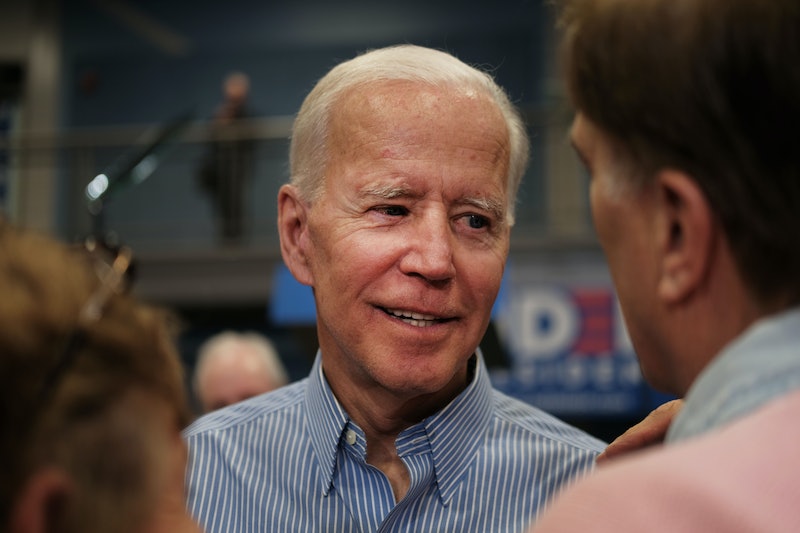 Rep. Alexandria Ocasio-Cortez, along with other progressive Democrats, recently criticized older politicians who may find the Green New Deal too extreme to support. Their remarks have largely been understood to be a jab at Democratic presidential nominee Joe Biden, who is reportedly crafting a less-divisive plan to combat climate change, according to The Hill. Speaking to reporters in New Hampshire on Tuesday, Biden said Ocasio-Cortez should review his environmental record, adding that he didn't believe her remarks were about him.

“You never heard me say middle of the road," Biden said in an interview, according to video footage shared by CNN. "I’ve never been middle of the road on the environment. Tell her to check the statement that I made and look at my record."

Last week, Reuters reported that Biden's team was working on an environmental policy proposal that they hoped would gain support from both Democrats and Republicans. The report pointed to an adviser who described the ideal plan as a "middle ground" approach. Ocasio-Cortez, as well as Sen. Bernie Sanders — who is also running for the Democratic presidential nomination — zeroed in on that description.

"And I will be damned if the same politicians who refuse to act then are going to try and come back today and say we need a middle-of-the-road approach to save our lives,” Ocasio-Cortez said at a Monday night rally, according to the New York Post. “That is too much for me.”

Monday was at least the second time in recent days that the congresswoman directly contested the idea that a "middle ground" approach to climate change was sufficient.

"This is a dealbreaker," she tweeted last week. "There is no 'middle ground' w/ climate denial & delay. Blaming 'blue collar' Americans as the main opponents to bold climate policy is gas lobbyist 101. We’re not going to solve the climate crisis w/ this lack of leadership. Our kids’ lives are at stake."

"There is no 'middle ground' when it comes to climate policy," Sanders tweeted. "If we don't commit to fully transforming our energy system away from fossil fuels, we will doom future generations. Fighting climate change must be our priority, whether fossil fuel billionaires like it or not."

The Green New Deal was first introduced in Congress in early February. It's a resolution and wouldn't be legally binding, if passed, according to an explainer by Popular Science. Instead, it would indicate that lawmakers are formally committed to combating climate change and its negative effects.

Among the deal's goals are reducing pollution, encouraging sustainable food production practices, constructing eco-friendly public transit systems, and replacing power sources with renewable energy, per Popular Science. Although the Green New Deal is not actually a set of binding laws, some legislators — Republicans, especially — have expressed reservations about the plan's lofty goals, per Axios.

Climate change, although scientifically proven, remains a contentious topic. Whether or not an elected official supports — or even believes — in it often falls along party lines. As Democrats gear up for a hotly contested 2020 presidential nomination showdown, they will all but certainly continue to be called to task over their own environmental policy positions.