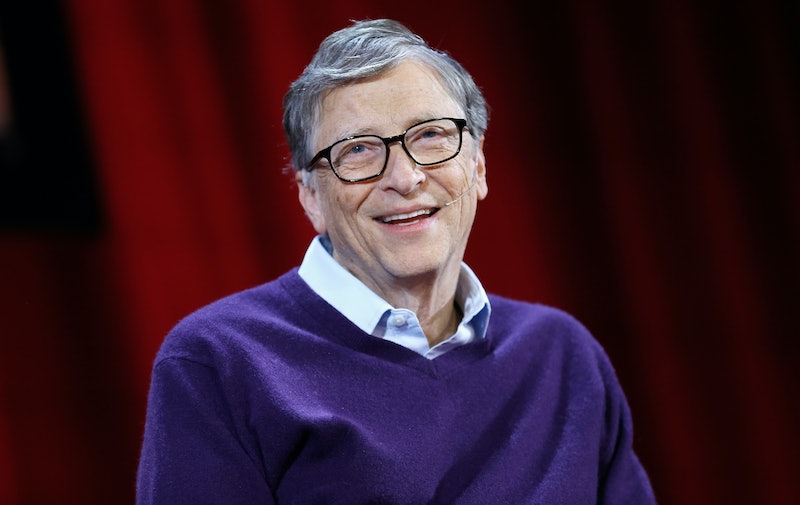 Interesting things I have in my home that other people might not have include: a vacuum that has never been used, a number of bedbug mattress covers, a vintage Mariah Carey album, a Hillary Clinton paper doll book someone got me for my birthday, a lifetime supply of sweaters, several ancient bottles of half-drunk alcohol, a clump of hair ties hiding under my bed, and at least 5 of the exact same razor, because I keep thinking I've misplaced mine, but I have not. But I am a normal person with a normal person's money, as opposed to billionaire Bill Gates, who has many things in his home that non-billionaires do not.

According to a live counter specifically designed to keep track of how much money Bill Gates has, Gates is worth a very normal 89 billion dollars, which is just slightly higher than the Gross Domestic Product of Sri Lanka. Though Gates puts a chunk of that money toward philanthropic efforts like the Gates Foundation, he does save enough to buy some cool things for his place of residence. On Wednesday, he revealed some of those cool things on his first ever appearance on Ellen Degeneres's talk show. He was also unable to name the prices of basic grocery items. He was particularly stumped by the price of Totino's pizza rolls, mistaking a $9 pack for $22. I mean, it's one banana, Michael, what could it cost? Ten dollars?

But I digress. Here's what lives with Bill Gates in his Xanadu estate, sourced from Ellen and other home decor tidbits he's dropped over the years: