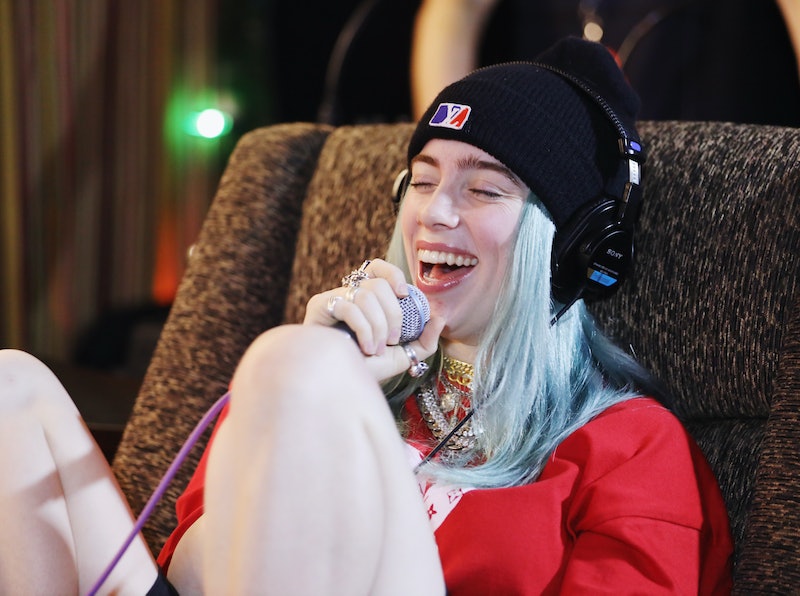 In a candid interview on April 1 with comedian and talk-show host Ellen DeGeneres, singer Billie Eilish opened up about living with Tourette syndrome. Eilish told DeGeneres, “It’s something I’ve lived with my whole life, and it’s not anything different. I just never said anything because I didn’t want that to define who I was. I didn’t want it to be ‘Billie Eilish the artist with Tourette's [sic].’ DeGeneres praised Eilish for her bravery for speaking out, mentioning in the interview that Eilish hadn’t necessarily intended on speaking publicly about living with Tourette syndrome.

Eilish first opened up about living with the condition in her Instagram stories back in November 2018 after videos of her tics were posted online, according to Refinery29. Eilish alluded to that situation during her interview with DeGeneres, telling the host, “I have ways of kind of making [the tics] go away, […] but normally if it’s a pre-taped thing they cut out the questions, and that’s when I let them out. But there was this one interview when they didn’t tell me they weren’t going to cut the questions out, so I’m sitting there answering the questions, […] and I’m like [demonstrates a tic] and then everyone’s like, ‘that’s so funny!’ There were tons of [video] compilations.”

Tourette syndrome (TS) is a neurological disorder that can cause repetitive, involuntary movements or vocalizations called tics, according to the National Institute of Neurological Disorders and Stroke (NIH). Around 200,000 Americans live with TS, says the NIH, but men are four times more likely to be affected by TS than women. The NIH says some of the simple tics include “eye blinking and other eye movements, facial grimacing, shoulder shrugging, and head or shoulder jerking,” while simple vocalizations might include “throat-clearing, sniffing, or grunting sounds.” But complex tics can involve several muscle groups and might combine several movements or vocalizations, according to the NIH.

People living with TS may face discrimination for their condition that can be difficult to challenge, despite protections by the Americans with Disabilities Act (ADA), according to the Tourette Association of America. Although the ADA provides people with disabilities the same rights as every other citizen, says the Tourette Association of America, many people with TS have had problems asserting their ADA rights because they have to prove their condition “substantially limits one or more major life activities.”

“Some judges have quibbled over what constitutes ‘major life activities,’” says the Tourette Association of America, “using a narrow definition that considers only very basic functions, such as eating, toileting, or walking.”

But Eilish says some positive has come out of opening up about living with Tourette syndrome. She told DeGeneres that since she’s gone public with her condition, fans started posting messages on social media telling her that they also have the same condition, creating a new community of people supporting each other in their health. “A lot of my fans have it, which made me feel kind of more at home with saying it,” she told DeGeneres.

No one should ever be defined by what medical condition they live with, and Billie Eilish is showing her fans exactly how to live that truth. She might live with TS, but it isn’t who she is. And that’s a story that can help everyone — no matter what they might be going through.