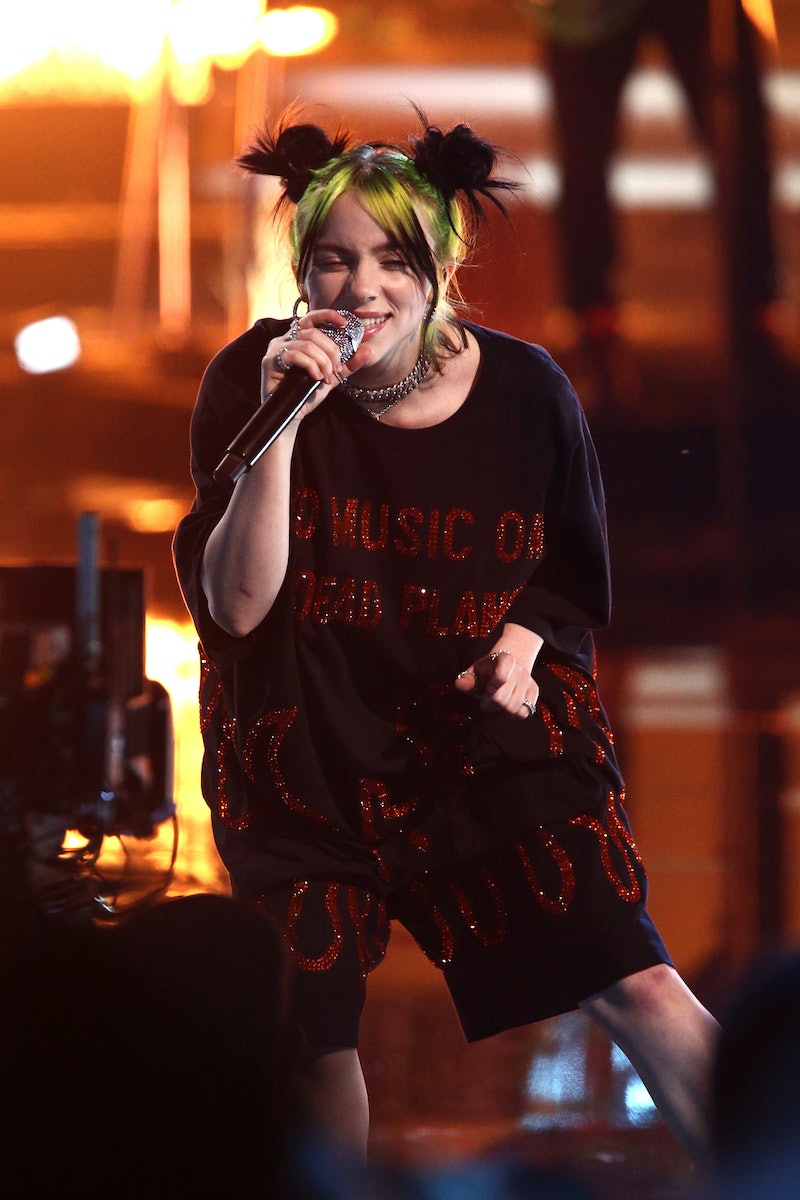 Billie Eilish has emerged as the musical voice of 2019, and Apple Music is honoring her in a major way. Billie Eilish is performing at the Apple Music Awards, where she will be named Artist of the Year. The show takes place on Wednesday, Dec. 4 at the Steve Jobs Theater in Apple Park. But, luckily for fans that can't get into the exclusive gathering, the show will also be available to audiences at home.

The music streaming service will be celebrating their first ever award show with Eilish on Wednesday with a "bespoke performance" from the young singer. And the event will be streamed live on Apple Music beginning at 6:30 p.m. PT, or 9:30 p.m. ET, meaning fans won't have to leave their cozy beds to watch her perform. They just have to sign up for an Apple Music trial — the app is currently offering up to 4 months free — and load up the app on their devices before the show kicks off.

While there's no indication of what exactly she'll do on stage, Apple Music promised that the show will be something completely new from the highly acclaimed artist. Given Eilish's penchant for pulling off visually impressive stunts on stage, like the rotating bedroom set for her Saturday Night Live performance or the menacing ultra-wide camera angle on her recent American Music Awards performance, her set is sure to be a feast for the eyes and ears.

During the show, Eilish will receive the Apple Music Awards' first ever trophy for Artist of the Year. She'll also take home Album of the Year for her breakthrough debut When We All Fall Asleep, Where Do We Go?, which was the most played album on Apple Music in 2019, with over a billion streams, per Apple. She'll also be awarded Songwriter of the Year, a title she'll share with her brother Finneas, who co-writes and produces all of her music. The two recently opened up about their songwriting process with Variety. According to Finneas, they write most of their songs "sitting next to each other at a piano or with a guitar, singing a melody together." The music, it seems, just flows from there.

Meanwhile, other Apple Music Award winners include Lizzo, who takes the title of Breakthrough Artist of the Year, and Lil Nas X, whose enormous hit "Old Town Road" won Song of the Year. There's no word on whether those artists will also make an appearance during the live-stream, but it would make for one epic party.