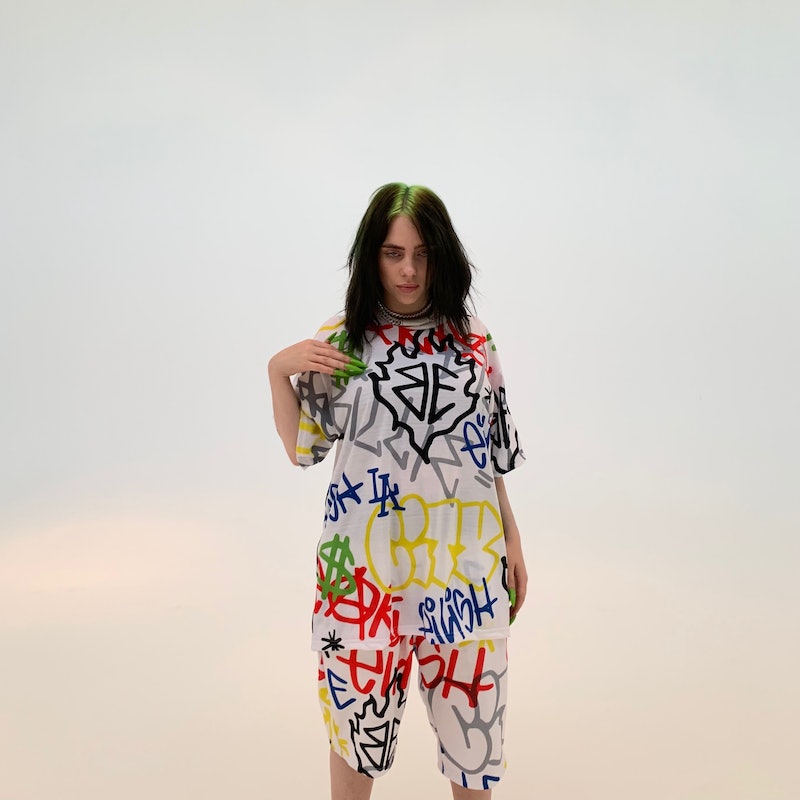 If there’s one celebrity style people are dying to cop from, it’s Billie Eilish. It’s not very often that grown adults will run to their wallets to shop a teen pop star’s closet, but the Billie Eilish x Freak City collection is one exception fashion lovers are happy to make.

Fans might know of the brand Freak City because Eilish herself has been caught wearing it all throughout her tour. The whisper singer is finally offering up her looks to the masses in a limited edition 10-piece collection. Fans will find plenty of oversized looks in a plethora of tees, hoodies, and shorts as well as sports bras and mini skirts.

While it may sound like a simple line, the graphic prints on all the fits are anything but basic. The line features the brand’s signature graffiti look that varies in style from the neon green and black print to the more classic street style graffiti that uses various colors on the cream sweat sets. Additionally, Billie Eilish super fans can stan their queen in the, well, Super Fan print that features emojis and other expressive stickers.

Everything in the Billie Eilish x Freak City collection retails between $40 and $100 in sizes S to XXL. Fans can pick it up now as it’s already available on store.billieeilish.com.

Here are some of the chill looks to slip into to dress like Billie.

Fans can definitely make an impression while rocking an entire internet keyboard on their bodies. Those who rock this set of shorts (that comes with a matchin shirt) are clearly showing their support for this "Bad Guy" singer. Fans can also cop the coordinating biker shorts for $50.

True fans of the pop star know that Eilish has been sporting some dope eyewear on the sunniest of days. As the staple accessory in this line, it goes to show how much a person is willing to nab Eilish's style.

It's still summer, so Eilish makes available a short-sleeve hoodie with black and green graffiti print of the singer's name. Even when you're not attending a Billie Eilish concert, you're sure to stick out in any crowd.

Another cool addition to this line is its bras. Fans can mix and match prints in this collection, and despite being the queen of matching co ord sets, something says Billie herself would still approve.

Those who like the green graffiti print can even shop the inverse colors from the Billie Eilish shop in this cute tube skirt as well as the matching tube top. Plus, they're reversible, so shoppers get two looks in one.

What would this line be without some graffiti-printed tees. Featuring the same design as the bra, it's not going to be the easiest job in deciding which look will fan girl harder.

The effortlessness of Billie Eilish's style is probably why fans gravitate towards her (other than her amazing voice). At least by summer's end, fans can still rock these killer looks when the party's over.