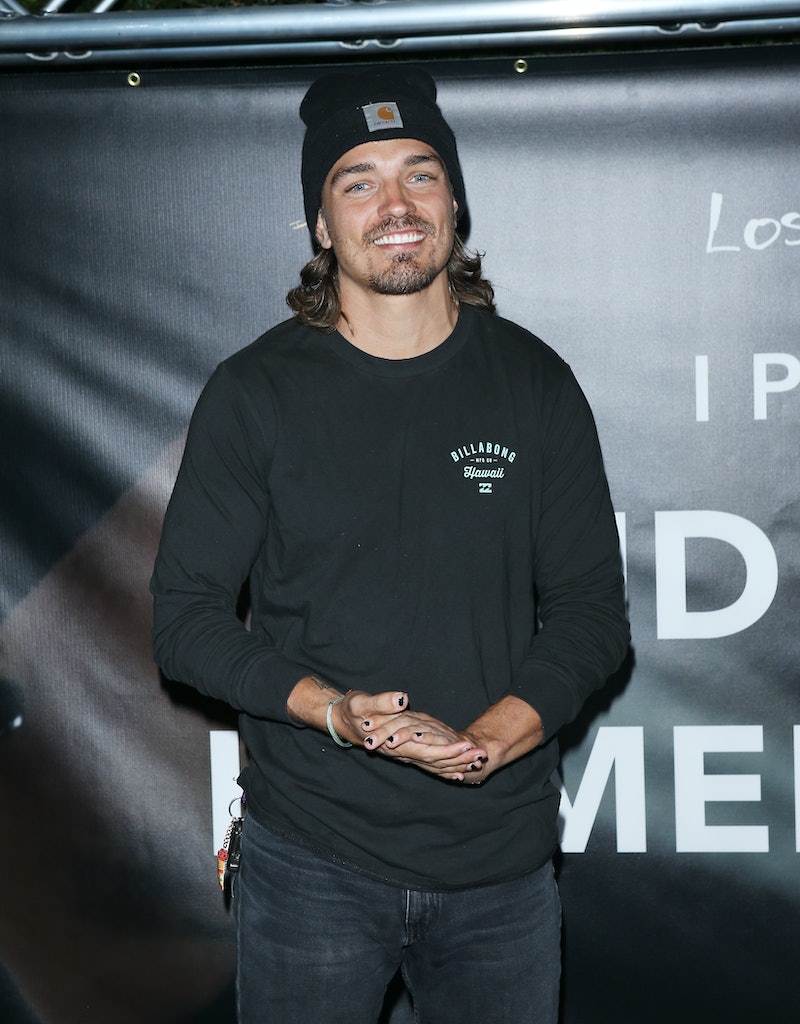 Christmas is usually thought of as the most wonderful time of the year. Unfortunately, that won't be the case for BIP star Dean Unglert, who was recently hospitalized immediately following a terrifying ski accident while vacationing in Switzerland. The reality star broke down details of the incident in the caption of an Instagram photo, which features him in a hospital gown and lying in bed, recuperating. He revealed that after his fall, he was airlifted from the Swiss Alps and underwent surgery for a dislocated hip and fractured femur, meaning that not only is his ski trip canceled, but he'll also be spending the rest of the holiday season in recovery.

“All my life I’ve dreamt about skiing the Swiss Alps. how could you not? they’re huge and beautiful and have some of the best snow in the world,” Dean wrote in the post. “Today, however, was not my day. I was sending just a liiiiitle too hard and took a nasty spill which ultimately put me here.”

The Bachelor in Paradise alum gave major props to the Swiss mountain rescue team who found him and brought him to the hospital, though, sadly, his injuries are severe enough that he'll be out of commission for quite some time. "A dislocated hip and fractured femur put 4 screws and a plate in my leg," Dean explained, while also noting that he's extremely grateful that things didn't end up being much more. "Looks like i’ll be celebrating xmas in a hospital bed this year."

Fans are also able to see the immediate aftermath of Dean's fall, which he documented on his Instagram stories. One clip shows him lying in the snow, waiting for help to arrive. “Well, I just fell. 99 percent sure I dislocated my hip,” he stated. And, unfortunately, that diagnosis was correct.

Since the accident, Dean has taken to Twitter to ask his followers for suggestions as to how he should best spend his time while bed-ridden, revealing that he has a 12-week recovery ahead of him. Clearly this wasn't the way Dean expected that he'd be spending Christmas this year, but it's good to see that he's trying to make the best out of a bad situation and be thankful that his injuries weren't much more extensive. Here's to a fast and full recovery in 2020.