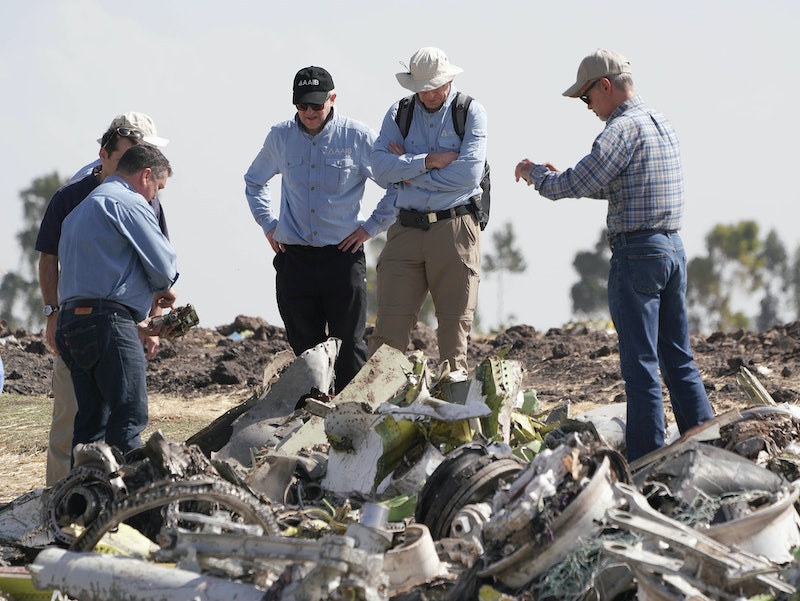 Experts investigating the Ethiopian Airlines crash believe they may have found a new connection between it and an earlier crash that also involved Boeing's 737 MAX 8 jetliner. According to The Washington Post, investigators believe black box data from the Ethiopia Airlines crash shows the Boeing 737 Max jetliner's automatic anti-stalling feature engaged before the Ethiopian Airlines flight crashed, killing all 157 people onboard. The feature is also believed to have contributed to the crash of Lion Air Flight JT-610 in October, CBS News has reported.

According to The Washington Post, investigators have revealed that data pulled from the black box of the Ethiopian Airlines flight suggest the automatic anti-stalling feature — known as MCAS — was incorrectly activated by information sent from an allegedly faulty sensor. That sensor, known as the angle of attack sensor, is meant to measure the angle, or level, of the aircraft's nose in relation to oncoming air, the paper reported.

Sources told The Washington Post that investigators reportedly believe MCAS activated, pushing the plane's nose down into what would become a fatal and irreversible nose-dive after receiving faulty information regarding the level of the aircraft's nose. A spokesperson for Boeing told Bustle the company cannot comment on the investigation.

The black box data may, however, be further evidence of similarities between both the Ethiopian Airlines crash and the Lion Air crash last year. According to The Guardian, a preliminary report released by investigators looking into the Lion Air crash credited MCAS and a faulty angle of attack sensor with having at least contributed to the plane's fatal crash.

But the black box data reportedly isn't the only evidence to suggest similarities between the crashes. According to The Los Angeles Times, previous evidence uncovered by investigators includes an up-and-down flight path suggested by satellite tracking data as well as the positioning of equipment on the tail of Ethiopian Airlines Flight 302. According to the paper, investigators found the equipment positioned so as to push the aircraft's nose down.

News of the black box data comes days after Boeing announced it had reprogrammed the software on its 737 Max jetliners in an effort to keep erroneous data from launching MCAS and give pilots more control should the system engage. "We are going to do everything that we can do to ensure that accidents like these never happen again," Reuters reported Mike Sinnett, Boeing's Vice President for Product Strategy and Future Airplane Development, told reporters when announcing the change earlier this week.

All Boeing 737 Max jetliners were grounded earlier this month in dozens of countries around the world, including the United States, as investigators continued to look into the two deadly crashes. It remains unclear when, or even if, they will be put back into use by commercial airlines.