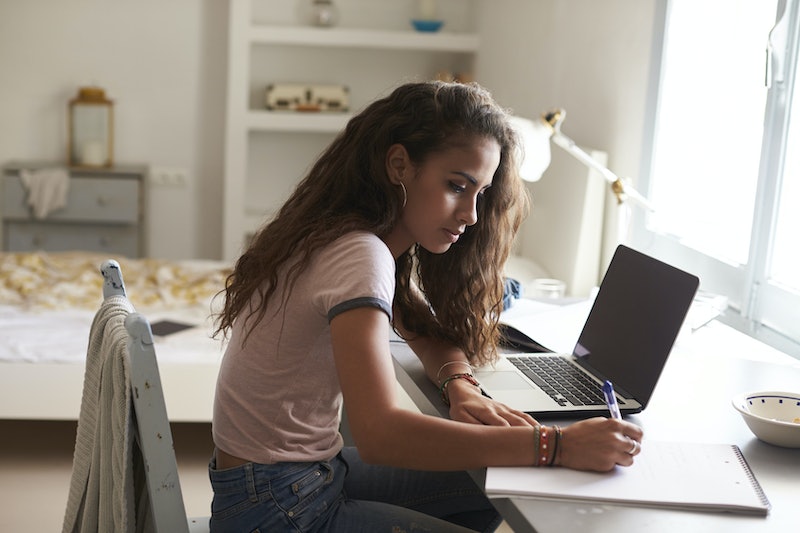 Race has a definite affect on the ways in which people experience depression. A 2003 study found, for instance, that people of color across the U.S., particularly Hispanic and Black people, are much more at risk of depression than white people, in large part because of unequal health burdens caused by systemic inequality. But new research published in the Journal for the Society of Social Work and Research demonstrates that the ways in which Black teens experience depression differ significantly from the majority of other depression sufferers — and that has big implications for how we test and treat mental illness for marginalized people.

If you've never been assessed for depression, the typical protocol involves a questionnaire given by a doctor, in which different elements of your mood, behavior and beliefs are probed over a period of weeks or months. The one used in the new study was the CES-D, or Center of Epidemiologic Studies Depression Scale, which is a list of questions that ask you to identify how many days in the past week you felt things like a lack of appetite, restless sleep, feeling sad or fidgety, or general listlessness. And when it came to Black teens, certain symptoms stood out as far more likely than others — even though those symptoms are not typically seen to be indicators of depression.

Almost 800 Black teens between the ages of 11 and 21 who lived in public housing developments in the U.S. took the test — and the biggest signals of depression among them were complaints of interpersonal conflict (saying that they felt people "didn't like them" or were "unfriendly") and feelings of physical discomfort. This surprised researchers because the typical markers of depression are explicitly about sadness, from feelings of "lowness" to lack of interest in usual activities, but that wasn't the case for these teens.

This matters because the CES-D isn't just a straightforward test; the answers tend to be grouped into different areas, like interpersonal relationships, and weighted accordingly. The researchers think that the current weighting and grouping system doesn't fit properly with how Black teens in particular express their depression, and if the results of the questionnaire are applied conventionally way, depressive symptoms could be missed altogether. There's even a "revised" version of the CES-D available that leaves out one of the questions on conflict with others entirely, and neither talks about physical pain.

And that's a big issue, because Black adolescents are a hugely at-risk population when it comes to depression. Mental Health America reports that 8.3 percent of Black teens attempt suicide versus 6.2 percent of white teens, and that the issue is exacerbated by poverty: the organization notes that adult Black Americans who are living in poverty are three times more likely to "report serious psychological distress" than Black Americans who are more affluent.

It's not really understood as yet why Black teens who live in poverty express their mental health issues differently than white adults, who have been traditionally the most studied population when it comes to mental health. But if Black teens go to doctors or other adults to talk about fighting with others and physical pain, and nobody gets the connection between those topics and a depression diagnosis, the chance for proper treatment could be missed. And the CES-D and other questionnaires don't seem to be consciously oriented to pick up on nuanced depression experience, which means they need to be tweaked or better understood in general. Depression treatments and professionals need to do better — or risk leaving a significant and vulnerable population out in the cold.