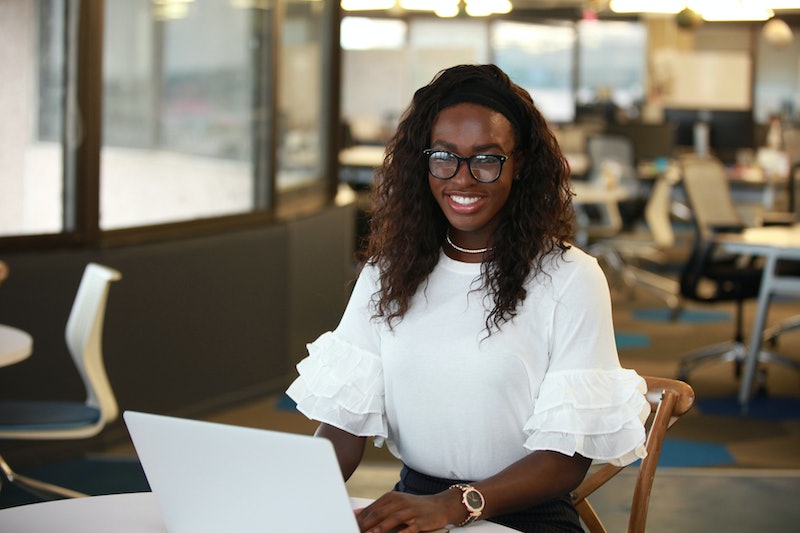 According to the National Association of Education Statistics, black women are the most educated segment within the U.S. population; as such, it shouldn't be surprising that black women are the fastest growing group of entrepreneurs in the United States as well. Both are excellent pieces of news right? Unfortunately, though, it seems that these successes are negated in part by the obstacles black women face when it comes to sourcing investors for their business ideas. Shockingly, their qualifications and talents are still being overlooked and underrepresented in the tech world.

The National Women’s Business Council reports that there are currently 1,531,494 black women-owned businesses in the United States, a number which amounts to a 66.9 percent increase since 2007. What's more, the 2016 State of Women-Owned Businesses Report found that whilst women now own 38 percent of all businesses in the United States, 44 percent of those women-owned firms are owned by minority women. Those owned by black women in particular employ around 376,500 workers and generate $51.4 billion in revenue.

So, then: Why is the tech and business world flooded with accounts of black women struggling to be taken seriously when finding investors? Studies show that black women are still very much discriminated against in this area. And not only is this holding them back, but it could be negatively affecting the United States labor force, too.

In 2016, a report by Digitalundivided analyzed 378 companies led by black women in the United States, 88 of which were deemed start-ups. They found that in 2015, only 56 percent of the black women startup founders in the study were able to raise outside funding; what's more, the average amount raised between them was just $36,000. As Vox notes, this is just a fraction of the industry-wide average; a typical failed startup — which is often led by a white man — normally raises a whopping $1.3 million in investment.

Black Enterprise also reports that in addition to restricted access to capital, women of color find themselves fighting harder to get access to influential networks and mentors. One of the reasons why has to do with the growing wealth disparities between black and white families in the United States, which places black women on a lower starting block from the outset. A 2017 study by the Samuel DuBois Cook Center on Social Equity and Insight Center for Community Economic Development noted that while a single white woman with no bachelor’s degree has a median wealth of around $8,000, a single black woman with a bachelor’s has a median wealth of $5,000. On top of this, single white women with a bachelor’s degree have an incredible seven times the wealth of their black counterparts; $35,000 and $5,000 in median wealth, respectively.

I bring all of this up because generational wealth and household income directly effects the likelihood of a good college education and what social circles black women are able to mix in. What's more, as Kimberly Weisul notes at Inc, if black women do get their foot on the ladder, discrimination within those social circles makes it harder for them to make the kind of business connections that many other groups are born into. "Given that most Americans do not have strong social networks that cross racial lines, that makes it almost incomparably harder for a black woman entrepreneur to raise a friends-and-family round than it would be for a white woman entrepreneur," Weisul says.

Margot Dorfman, CEO of the U.S. Women’s Chamber of Commerce, explained to Fortune in 2015 that business for black women is booming as a result of a set of global working conditions that historically haven't appreciated the efforts of women. “We attribute the growth in women-owned firms to the lack of fair pay, fair promotion, and family-friendly policies found in corporate America,” she said. “Women of color, when you look at the statistics, are impacted more significantly by all of the negative factors that women face. It’s not surprising that they have chosen to invest in themselves".

When we look at who is working to aid the diversity problem in tech, however, it's no real surprise that the main efforts have come from black women themselves. Digitalundivided founder and tech entrepreneur Katherine Finney started her company to bridge the gap between talented black women with business ideas and access to networking, and fundraising opportunities; so far, Digitalundivided has funded 48 companies. She told Vox in 2016 that if black women continue to be sidelined in business tech, she fears they won't be part of the future.

"Tech is a particularly interesting industry... because tech is creating the future. It's being created right now," said Finney. She continued, "If a whole group of people is not a part of creating what is going on, that means we're not a part of the future. Many of us [black women] have side businesses. ... We have 1.5 million small businesses, we're the fastest-growing group, but our revenues are often under $40,000. We actually have the lowest revenue of any ethnic group. We've started, but we're not exactly scaling ... how do we do that?"

The answer certainly isn't clear-cut; it's long been noted that Silicon Valley has a diversity problem as well as issues of harassment towards women and sexism, too and it's certainly depressing that the only ones working to make space for black women at the tech table are other black women. And as economist Drew Moxon argued in a post on Medium, if companies continue to overlook diversity in tech, it will eventually cost them a slice of their market power: "The current funding system implies that companies and funds won’t put much effort into diversity until they’re proven wrong," wrote Moxon. So, asked Moxon, "How might we nudge tech companies to embrace diversity given their market power?" The answer: Remove that power. Wrote Moxon, "Seeing a competitor overtake you because you were too slow to realize the benefits of diversity is a quick way to make a CEO reconsider their efforts."

Here's hoping he's right. But you know what I hope for even more? That more notable women of color continue to make waves by themselves, regardless of whether or not investors and large-scale companies sit up and take notice.