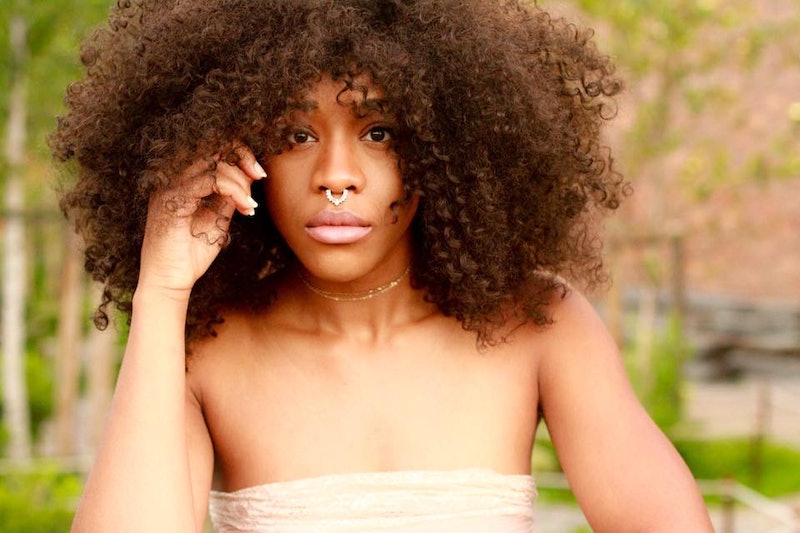 I remember the moment I realized that I wasn't allowed to be angry.

My roommates and I were surprised to learn that the gas company had overcharged us — by a lot. I called the company, calmly and politely asking the customer service representative what happened.

The representative, however, was not so calm and polite; he immediately began speaking loudly and condescendingly to me. It made me feel disrespected, angry and frustrated — I wanted nothing more than to curse him out and ask to speak to his manager. But instead, I put on my best professional voice, offered an unnecessary apology, and then tried to explain to him why we shouldn't be responsible for the overcharge.

My roommate — a five-foot-one, small white girl — grabbed the phone and began saying everything I didn't dare. She was visibly angry, raised her voice, and yelled at the man until he agreed to cancel the charge. I watched her in amazement — it was obvious that she felt entitled to her emotions and well within her rights to tell the representative off.

In that moment, I realized that I did not feel entitled to my own anger over a patently unfair situation.

I marveled at the way my roommate leaned in to her anger, and how eager she was to tell her friends about the incident afterward, prompting them to say, “Wow, he was such jerk” or “You go, girl! You told him!”

As I thought about the incident over the next few days, wondering why I acted the way I did, I realized that I’d only behaved so timidly because I did not want to come off as the stereotypical “angry, Black woman” — even though, in that situation, I was, in fact, an angry Black woman.

This dismissal of so many of our feelings as just "anger" is a way to invalidate our emotions and, in turn, our humanity.

The representative probably had no idea that I’m Black — he likely didn’t think much about my identity at all. But I tried my best to speak calmly and apologetically anyway, while dealing with a situation in which my roommates and I were clearly wronged — all so that I would not perpetuate the harmful label that plagues so many Black women. I was shocked to realize that I concealed my emotions for the sole purpose of defying a stereotype.

This socialization — my inclination to push back against the idea of the "angry, Black woman" — is so embedded in my psyche that it has taken me nearly 23 years to realize it was there at all.

Society holds that when a person is angry, they are not rational, and thus should not be taken seriously. But when this line of thinking is applied to Black women, it's even more hurtful — because it is part of a network of stereotypes, including the false claims that we are are inherently “masculine,” hyper-sexual and angry. These racist images have been used to demean and control Black women for centuries. This dismissal of so many of our feelings as just "anger" is a way to invalidate our emotions and, in turn, our humanity.

I have had many experiences in which I’ve expressed displeasure or any unpleasant emotion, only to have my feelings dismissed under the “angry Black woman” stereotype. When this ideology is automatically applied to Black women in any situation, it strips us of our right to be angry, our right to feel. Because of this, I'm forced to, even if only subconsciously, analyze everything I do, to ensure my existence isn't making anyone "uncomfortable." This is necessary for my well-being and even my survival.

I experience this almost daily with one of my work colleagues. He’s a generally kind white man, with whom I have formed a kind of friendship. Although we go to lunch together, joke together and enjoy each other’s company, I find myself speaking with him the way I spoke with the nasty customer service representative.

I’ve noticed that I feel I must be very careful about what I say to him and how I say it. Once he complimented my curly hair, and I thanked him, noting that I wanted to “get back to wearing my curls.”

He looked uncomfortable and explained himself, “Oh I didn't mean I didn’t like it how you had it before. I’m just saying I like the curls.”

I would like to resist this socialization and express my feelings openly and freely whether it be in the office or with my roommates — but the fact of the matter is that resistance is risk.

Conversations like these occur between my coworker and I often, and I usually find myself comforting — pretty much coddling — him, so he feels comfortable. This would not be too concerning, if it were not for the fact that I’ve observed that I am the only person in the office he has these awkward interactions with — and that I'm one of two Black women in our office.

I will admit, I often worry that one day he’ll go to my bosses, complaining about these instances of discomfort. And should that occur, I fear that the angry Black woman stereotype will decide my fate with the company.

I know this situation may seem minuscule. But my experiences as a Black woman have taught me that internalized racism and prejudice affect how people see and treat me, and although it is unfair, I must act accordingly.

Much like most conditioning, this socialization did not happen over night. The harmful stereotypes applied to Black women have long existed and are rooted in the slave era. As the transatlantic slave trade began and gained momentum, the creation and distribution of racist propaganda were used to normalize and justify slavery and subjugation.

In her 1990 book, Black Feminist Thought, Patricia Hill Collins wrote of the stereotypes from this era that have stood the test of time:

“From the mammies, jezebels, and breeder women of slavery to the smiling Aunt Jemimas on pancake mix boxes, ubiquitous Black prostitutes, and ever-present welfare mothers of contemporary popular culture, negative stereotypes applied to African-American women have been fundamental to Black women’s oppression.”

Dismissing Black women as angry is a way to invalidate our emotions and struggle. This tool was vital in white supremacist’s efforts to enslave and oppress Black women — it is easy to justify domination when you can dismiss the humanity of those you wish to control.

As bell hooks wrote in her famous 1981 book, Ain't I A Woman: "Systemic devaluation of Black womanhood was not simply a direct consequence of race hatred, it was a calculated method of social control."

Having evolved over time, the still-existing stereotypes regarding Black women permeate the psyches of Americans. We see this regularly in popular culture, where news articles and television and movie ads label Black women "sassy" or "strong" and use words like "beautiful" and "elegant" when referring to white women. While this racist propaganda is not as overt as it was in past centuries, it is still very much embedded in American society, and manifests itself in the experiences of Black women every day through microaggressions, oppressive acts and even violence.

For me, these harmful tropes usually manifest themselves in small incidents, like my interactions with my colleague or the rude customer service representative. But other times, it is more damaging.

Just a few weeks ago, I found myself in the midst of a huge argument with three of my friends. After a conflict that left me feeling blindsided, taken advantage of, and treated unfairly by them, I was hurt, angry and very betrayed.

Frustrated, I attempted to express to the three of them how they had hurt me and why I was upset. When the situation became heated, my Black woman friend ignored it altogether, disappearing from the room, while my white and biracial friends attempted to take control.

As I tried to express myself, first calmly, then matching their passion, my friends immediately deemed me “unreasonable,” “angry” and “irrational.” And from the outside looking in, I know that to many people, that may have appeared to be true. There I was, a tall Black woman, engaged in a heated argument with one tiny, thin white woman and another equally frail light-skinned woman. In a society that glorifies white womanhood and shuns that of Black women (and women of color), white women usually have no issue convincing the masses that Black women, in any situation, pose a danger to their personal safety.

It was easy for them to portray themselves as victims, and it was equally easy for them to disregard my pleas for understanding and compassion when they had stereotypes about angry Black women and light-skinned female victimization on their side. With my five-foot-eleven, 160 lb. frame, my dark skin and my bold personality, I never stood a chance. I learned that I had already been labeled the villain.

To any Black women reading this, please know that you are not alone in this particular oppression. You are seen and you are heard.

I have forgiven them, and the situation is in the past, although I did not discuss the racial dynamic of the situation with them. However, in that moment, I learned that even among people I love and care for, there is not always a safe space for me to feel and exist freely as a Black woman with all my emotions and intricacies. I learned all the more that the cloud of centuries-old tropes and stereotypes would follow me anywhere I went.

I wish I could offer wise advice regarding this, or give insight about how I have overcome this conditioning. But the truth is, I haven’t. Society has stripped Black women of our right to be angry. I would like to resist this. I would like to express my feelings openly and freely whether it be in the office or with my roommates — but the fact of the matter is that resistance is risk.

As a Black woman, expressing any emotions deemed negative could cost me my job, opportunities, or even my life. It is not fair. But this is the society in which we live, and there’s not much that I can do about that.

What I can do, however, is be a source of encouragement and a safe space for fellow Black women who experience this. When in conversation with my Black women friends and associates, I do my best to create an environment in which they can freely express their feelings, whether happy, sad, angry, frustrated etc. I let them know that I see them for who they are, rather than what a set of stereotypes alleges them to be.

This is my resistance. Understanding and having experienced the oppression plaguing Black women, I am perfectly suited to uplift those like me. To any Black women reading this, please know that you are not alone in this particular oppression. You are seen and you are heard.