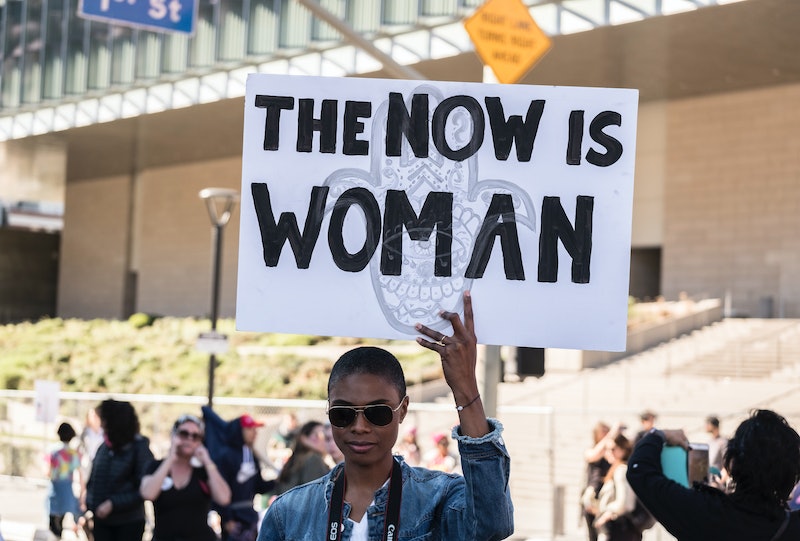 Tuesday was a historic day for Harris County, the area that surrounds Texas' largest city of Houston. In a display of "black girl magic," as it's being called, Harris swore in 17 new black female judges. That's thought to be a record for the county, according to CNN.

These new judges were part of a massive blue wave in the county in November. According to The Guardian, all of Harris County's 59 judicial races were won by Democrats, and The New York Times reports that each of the 17 newly-elected black women unseated Republican incumbents. Harris is quite diverse: 2018 census data shows that 43 percent of the county identifies as Hispanic or Latino and nearly 20 percent identifies as black. The county is generally liberal and voted for Hillary Clinton in the 2016 election.

Two additional black women ran for judgeships in Harris but lost, per The Times. All 19 women entered their races independently but joined forces after learning about each other. "We thought that it would probably make sense to develop a campaign around us," Judge Germaine Tanner told The Times. "In the course of that, we got to really know each other. We became not only colleagues, but friends. It really kind of just happened." The youngest of the women is in her early 30's; the oldest is in her early 60's.

The 19 women marketed their candidacies as victories for "black girl magic." Earlier this year, they posted a photo of themselves in a court room that soon went viral.

New County Judge Lina Hidalgo, a 27-year-old Latina, spoke about diversity after the ceremony. "Today, we mark the beginning of a new administration," she said. "We mark the beginning of new leadership in Harris County that is going to join the incredible, dedicated professionals who have been there doing great work, bringing in new ideas, new solutions, thinking of new questions."

In a press release about the event, Hidalgo wrote that the newly-elected officials "reflect the people and communities we serve." According to Gavel Gap, women make up under a third of Texas judges despite being half the population. The statistics are even worse along racial lines: People of color make up just 20 percent of Texas judges, but 40 percent of the population.

The new class of judges hope the increased diversity in Harris' judgeships will affect the county's judicial system. "We want to definitely turn Harris county upside down in criminal justice reform," Judge Erica Hughes, one of the newly-elected black women, has said, per The Guardian.

Latosha Lewis Payne, another new black female judge, told Fox 26 that "having an African American judge, a female judge, a woman judge" brings to the bench "equal opportunity for justice regardless of who you are."