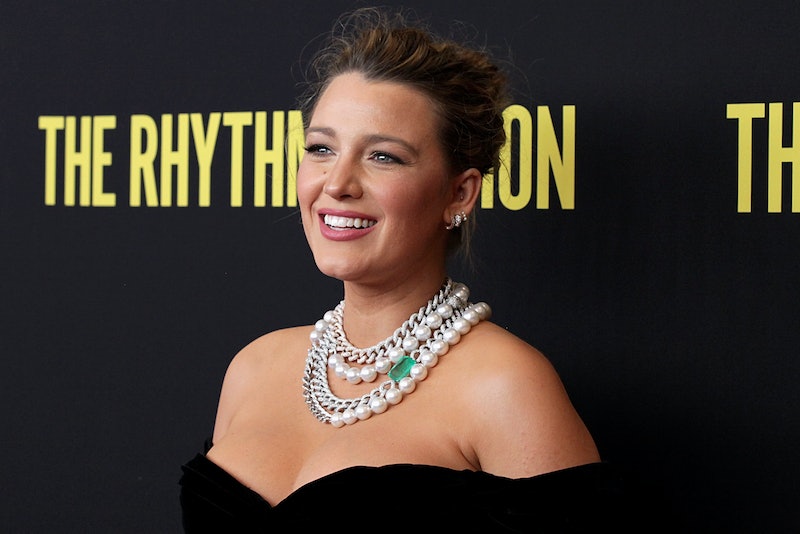 Blake Lively and Ryan Reynolds are notoriously private with their three children, and for good reason. Apparently, they can barely contain the chaos in their own home, yet alone within the public eye. In a new interview on Tuesday, Jan. 28, Blake Lively opened up about life with three kids, or as she prefers to say, "3,000" children.

During an interview on Good Morning America, host Michael Strahan mentioned how Lively has three very young kids with Reynolds. "At one point, we had three [kids who were] four and under," she said. And according to her, being "outnumbered" is exactly as chaotic as it sounds. "It's like going from two to 3,000," she remarked on GMA. "I mean, we have so many children. It's a lot. People say that going from two to three, it's the same. You know, it's kind of easy. Those people do not have three kids. It is crazy."

Lively and Reynolds welcomed daughters James Reynolds in 2014 and Inez Reynolds in 2016. In October 2019, it was reported by US Weekly that the couple welcomed their third child a couple months prior. Later that month, Reynolds confirmed in a Twitter post that they had another girl by sharing a photo of himself with Lively and their new addition— but with a fake smiley face covering their baby's actual face.

For fans who follow Lively and Reynolds' every step, that move came as no surprise. The couple is very tight-lipped about their three children, never posting pictures of them on social media. The public still doesn't even know the name of their third daughter. And it's likely they want to keep it that way for as long as possible.

Despite how "crazy" life with three kids could be, Lively's new movie The Rhythm Section seems a whole lot more wild, especially considering how she did her own stunts and injured her hand so badly at one point that production on the film had to shut down for six months. Let's send this woman on a vacation!