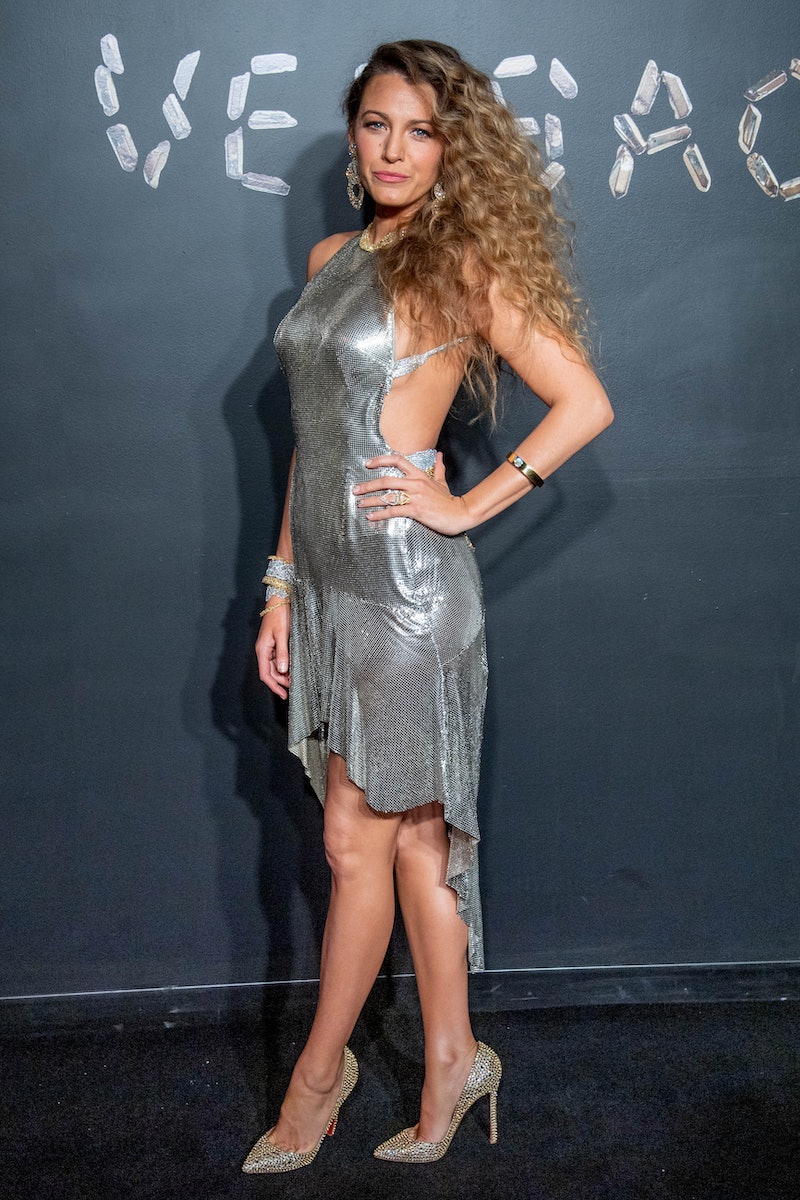 Blake Lively has evolved into a modern day fashion icon, with couture designers clamoring to dress her. From her days as Serena van der Woodsen on Gossip Girl through now, Lively has been one to watch whenever she steps out. In a relatable twist, Blake Lively often wore Forever 21 at red carpet appearances earlier in her career. However, when she was asked "who" she was wearing, Lively would tell people that it was vintage. Her reason for doing so has quite the interesting backstory.

In a new interview with The Handmaid's Tale actor Sydney Sweeney conducted for InStyle, Lively discussed her fashion evolution. Sweeney said she's a longtime admirer of Lively’s red carpet looks and asked the star how she went about developing relationships with designers, who often lend clothes to celebrities or create custom pieces for specific black tie events. It's a symbiotic relationship where a famous person gets to wear a beautiful dress or outfit while the designer benefits from the resulting media coverage.

"I wore Forever 21 much longer than I admitted," Lively shared. "I just started saying it was vintage because I was so shamed for it." While no one should ever shame someone else for their clothing choices, Lively certainly put a fresh and creative spin on the fact that she was wearing Forever 21. She also one-upped fashion elitists with her response.

Since Lively wasn't being dressed by design houses at that time, she did what any person new to the profession would do: She rocked what she liked and what she had in her closet. And she did it with sartorial aplomb.

Lively's lemon yellow, strapless mini dress from the 2005 Teen Choice Awards was a Forever 21 design that cost just $13, according to a prior interview she did with Glamour. She said, "People were like, 'Who are you wearing?' But when I told them, they said I shouldn't admit to it, like it was more impressive to have a designer gown that's thousands of dollars. After that, I just told people it was vintage." That's how you shut 'em down.

Lively looked absolutely adorable in her under-$15 frock. It's like that time Sharon Stone wore a Gap t-shirt to the Oscars. The takeaway is that you can improvise and end up making a bigger fashion statement.

These days, Lively is known for her couture looks, her Chanel and Versace ensembles, and her fashion risk-taking. She revealed that fashion has been somewhat freeing for her. "For me, fashion is a form of self-expression," she told InStyle. "It also really takes me out of my comfort zone. One of the reasons I'm an actor is that I'm naturally very shy, so it's liberating to dress up and pretend to be someone else."

Hey, since the yellow Forever 21 dress had a classic cut, perhaps the discount retailer will bring it back for a limited run due to the attention it's getting from Lively reminding fans she wore the brand to Hollywood events. Then it would actually be vintage.

More like this
Blake Lively Debuts Red Hair For The 'It Ends With Us' Film Adaptation
By Olivia Rose Rushing
All Of Doja Cat’s Wildest Paris Couture Week Looks
By Dominique Norman
Looking Back At Kylie Jenner's Best Fashion Week Looks
By Allie Fasanella
30 Of Kendall Jenner’s Best Runway Looks To Date
By Dominique Norman
Get Even More From Bustle — Sign Up For The Newsletter
From hair trends to relationship advice, our daily newsletter has everything you need to sound like a person who’s on TikTok, even if you aren’t.