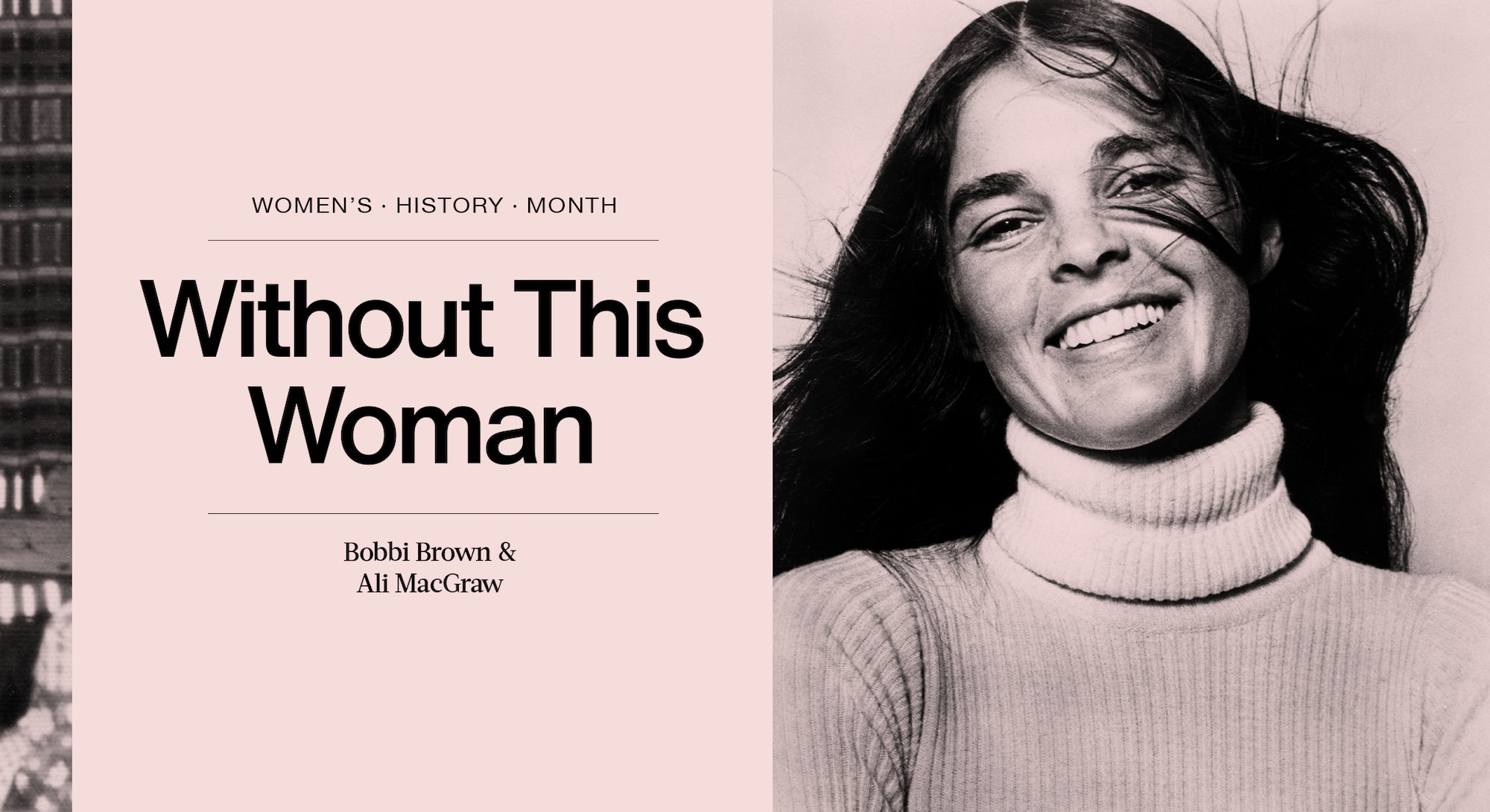 Ali MacGraw changed my life when I was in middle school. Back then, the norm for beauty was either Barbie or the models of the time — including Cheryl Tiegs, who was blonde, tall, and thin. I even bought a book with Cheryl on the cover called "Health and Wellness" and I read everything, following it to a tee, but I didn't change at all and I was so disappointed. It was a time when I felt bad in my own skin, because I didn't look like her or the cheerleaders at my school.

Then, I watched Love Story in 1970 and saw Ali MacGraw. She looked like she had no makeup on, and you could see the freckles on her nose. She had this natural shadow on her eyes, and I couldn't tell if her brows had color on them or not. Her hair looked natural, parted down the middle. That's when I suddenly realized there's more than one kind of beauty — and that guess what? I could be beautiful, too. It was a big time in my life when I felt pretty for the first time, and I used that as my platform to help other women — not to make them look like Ali MacGraw but to make them look like themselves.

After I graduated college in 1979, I moved to New York City to become a makeup artist. I finally started getting hired and landed a gig to work on Jerry Hall for the cover of Cosmo. I had no clue what I was doing. I tried to make her look glamorous. When I finished, she said, "Thank you so much. Can I see the mirror?" And she redid her entire face.

I finally started getting hired by people who wanted a more natural look. I wasn't really the most talented makeup artist, but what I was good at was using makeup to enhance how people look. There was nothing on the market that aimed to do just that, so when I started my line, I knew I wanted to create products that people could blend and use easily without having to fix or touch up too much. It all went back to Ali MacGraw. I don't even know if she was actually made up in her photographs, but it's how the camera caught her, so I would create looks based on how I remembered seeing her — this naturally beautiful person who didn't appear to be retouched.

For my 50th birthday — which was a while ago — I was on the Today Show and they did a surprise birthday thing for me. They made a video and somehow had footage of me talking about my love for Ali MacGraw and how she changed my vision of makeup. On my birthday, the phone rang at my home. I picked it up and said, "Hello?" and someone said, "Bobbi, this is Ali MacGraw." I thought it was one of my friends! I ended up having an hourlong discussion with her, where she said she'd been wearing my makeup for years and was such a fan. We had the chance to meet for lunch, and she was incredible. I was asking her questions about Steve McQueen, all these things. She lives in Santa Fe and doesn't email, so if I ever want to talk to her, I write her a letter. I have a bunch of hers that I've saved.

I'm hoping women will start to relax a bit and appreciate what they look like. I hope they realize that they don't need their noses or lips enhanced or a Botox shot in their face. I want people to embrace aging, just like Ali does — and always has.

As told to Sara Tan. This interview has been condensed and edited for clarity.