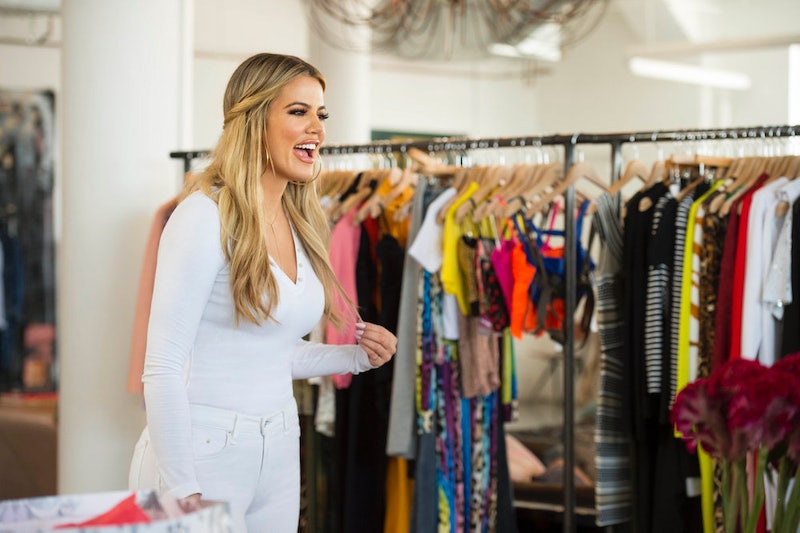 Every time Khloé Kardashian sits down with a cast member on her new series Revenge Body With Khloé Kardashian, she poses a question that brings up many unpleasant memories for me: “Who do you want to get revenge on?” The concept of a weight loss show is nothing new, but this particular angle hits close to home because, back when I was 12 years old, I decided to lose weight in an effort to exact revenge on a ballet teacher who had labeled me "fat" in front of about 20 other students. Although surely not every person who sets out to achieve a "revenge body" will develop an eating disorder like I did, the overarching message that the body should be used as a weapon is deeply problematic and we don't need to look any further than Revenge Body to see why.

In the premiere we meet Will, whose boyfriend has recently dumped him due to his weight gain, and Stephanie, a teenager whose friends have dubbed her the DUFF (Designated Ugly Fat Friend) of their group. Immediately, it's safe to say that both these people deserve way better significant others and friends. Will and Stephanie are eager to lose weight and show their ex and friends their "revenge bodies" — and, although this mindset is certainly understandable given societal standards of beauty, the series cultivates this harmful mindset instead of shutting it down as being completely unhealthy.

There's a reason that the word "revenge" has negative connotations — there's always collateral damage, and it's often at our own expense.

I understand where these cast members are coming from — after being called "fat," my self worth was on the floor and I felt completely humiliated. So, I directed my feelings towards the person who had made me feel this way and I absolutely could not wait to show her how thin I was capable of becoming. And that's exactly why the concept of Revenge Body is so concerning — I know exactly where that path can lead, and it's not pretty. The cast members are clearly insecure and have been hurt, just like I was. It would be advantageous for the participants to find friends and significant others who love and accept them, but instead, the toxic people in their lives are kept front and center for the purpose of "motivating" them to continue working out and losing weight.

The "revenge body" concept sends the message that we should use our bodies as a weapon against people who have hurt us — and, as I know firsthand, this can seriously backfire. I planned on exacting revenge on a ballet teacher and, instead, I ended up spending over a decade in and out of eating disorder hospitals. Today, I'm fairly certain that she wouldn't even remember my name, but her words will stay etched in my mind for the rest of my life. There's a reason that the word "revenge" has negative connotations — there's always collateral damage, and it's often at our own expense.

Revenge Body's participants confront the people who called them fat after they've completed their weight loss journeys, which implies that they aren't worthy of standing up for themselves or displaying confidence until they've lost weight and gotten an entire makeover.

There's certainly nothing wrong with pursuing a healthy diet and fitness regimen and seeking the help of a trainer along the way, or changing your look if it makes you feel good, but the only thing someone who's been ridiculed over their appearance really needs to lose is any person who made them feel unworthy in the first place.