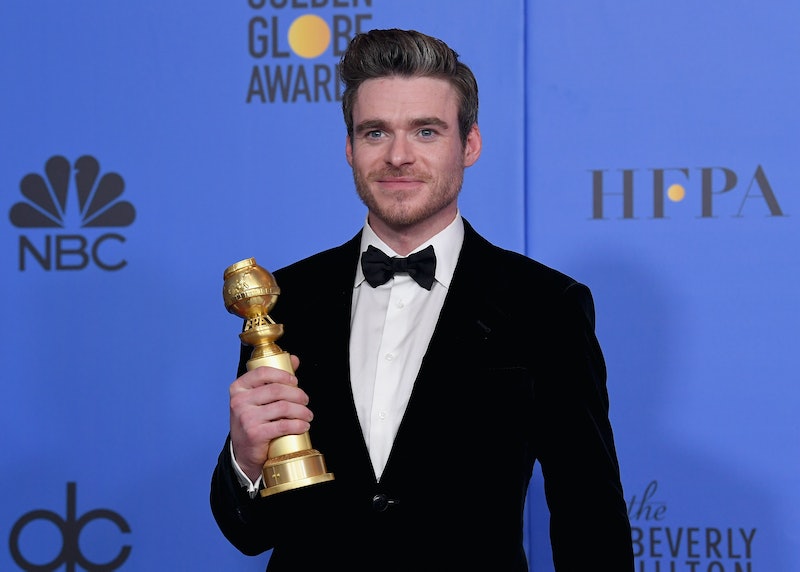 Bodyguard had the nation on tenterhooks with its twists and turns, for six episodes it was nothing short of an emotional rollercoster and was even the most watched BBC drama since 2008. It was praised across the board with protagonist Richard Madden even scooping up Best Actor in a Drama TV Series at the 2019 Golden Globes. But it seems that its creator wants to leave the audience in even more suspense. That's right, Jed Mercurio admitted he lied about the show and I'm not sure my heart can take it.

So just what is the lie I hear you ask? In an interview with The Sun, Mercurio chatted about the show's success and also added "The thing is, I don't really feel a great responsibility to tell the truth, so it doesn't really matter what I say. I tell the truth where it's the ethical thing to do, but in terms of entertainment there's a certain fun and a certain enjoyment that can be added to the experience by a few judicious lies. I've lied before about Keeley and it may well be I will lie again." Spare us please, Jed!

It seems we might have a Pinocchio on our hands ladies and gents because this wouldn't be the first time Mercurio has told his audience a few fibs. He once told the press that Keeley Hawes wouldn't return to Line of Duty after her character was arrested, but her character made a shock comeback. In the interview with The Sun, Mercurio admitted that BBC publicists were contractually prohibited from lying or misleading the public, but he felt it was fine for himself and Hawes to do it.

Hawes' character, Home Secretary Julia Montague, was killed by a bomb in the third episode and when questioned by fans, in an interview with Radio Times, Mercurio appeared to confirm Julia Montague's death, saying that he liked to do things to "move the story on" and "alter the dynamic." But is this another one of Mercurio's judicious lies? I'm seeing a bit of a pattern here with Mercurio and Hawes. Could it be that Julia Montague is actually alive and will make a comeback in the possible second series? I'm hoping so. Please bring her back.

For fans who are still not quite over Julia Montague's shock death there is hope yet. Mercurio said to Phillip Schofield, in a BBC morning interview; “It’s great that people have their own theories. Actually, I do look at some of the bigger theories and it’s interesting that occasionally there’s a grain of truth.” Why must he torment us like this. I don't know what to believe anymore.

Although Mercurio initially wrote Bodyguard as one off, could there be a second season? Although Mercurio has stayed pretty hush hush, he did confirm that they were "just beginning" talks with the BBC about it back in September on This Morning. But come on, surely it's undeniable that there will be a second season and who knows, maybe even third. It seems like the perfect way for Mercurio to wrap up all the loose ends.