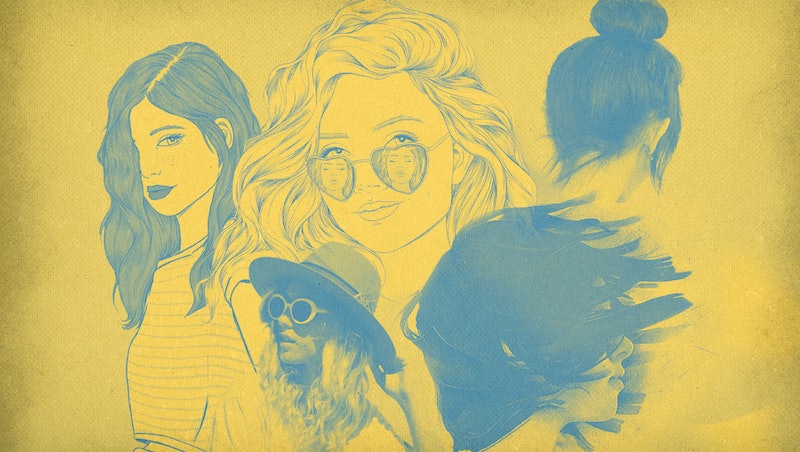 Hibernation season is finally over, which means that the desire to lock yourself inside and marathon hours of movies and TV on your favorite streaming platforms has finally subsided. Now that summer is approaching, and the beach and sun are beckoning, it is officially time to make your summer reading list. There’s no substitute to diving into a good book whether lounging on the beach, in the backyard in front of the pool, or at your favorite park. But what to read?

The only advantage streaming services have over bookstores is that they’ve mastered the art of recommending films, television shows, and cute cat videos based on the behaviors, tastes, and desires of individual consumers. (Although a bookseller can be dead-on in predicting your new favorite book based on your reading history, so do give one a try!) Streaming platforms have even taken such conveniences a step further, creating hyper-specific micro-genres and collecting content into neat little buckets to help you understand your tastes, like why British Political Miniseries Featuring A Strong Female Lead just get you.

Well, lucky for you, Bustle’s got your back. In partnership with Penguin Random House, we’ve assembled a list of seven titles to make finding the perfect beach read as easy as swiping through the film catalogue of your favorite streaming service. From royal family dramas and coming-of-age rom-coms to dystopian fantasies, there’s something on this list for everyone — all tailored to your individual tastes and preferences.

1. If You Love: Character-Driven Stories About The Power Of Friendship

Turtles All the Way Down by John Green

Turtles All the Way Down, John Green’s much-anticipated follow-up to The Fault in Our Stars, centers on the delightfully quirky teenage heroine Aza. Well, her quirks are mostly delightful — just ask her best friend Daisy or her kind-of-boyfriend Davis. Like many young people, Aza is balancing the pressures of finishing high school, finding the right college, dealing with family drama, and navigating the complexities of friendships and more-than-friendships. But Aza has the added challenge of living with severe anxiety and mental illness that manifests as racing thoughts, compulsive behavior, and an inability to be truly present for even the most dramatic and startling events of her life. This book is perfect for YA fans who enjoy interrogating the complexities of living an examined, almost-adult life through the lens of intelligently drawn teens.

2. If You Love: Romantic Dramedies Inspired By Classic Literature

Writing duo Emily Wibberley and Austin Siegemund-Broka are seemingly created in a lab to write compelling YA fiction. They're both Ivy League grads in psychology and English, respectively. And, in addition to being co-writers, they are coupled, and currently engaged! Their latest mind-meld of a collaboration, If I’m Being Honest, takes its inspiration from Shakespeare’s The Taming of the Shrew. Cameron, the book’s protagonist, is at the top of the social world of her prep school, but she didn’t get there by being nice. Becoming the queen bee required her to be less than kind—ok, ruthless—to most of her classmates. But when her bad attitude causes her crush to publicly reject her, she decides that it’s time to redeem herself in the eyes of her past victims, starting at the very bottom with her school’s nerdy underclass. This funny, breezy book is perfect for fans of classic literature with a modern sensibility.

Always Never Yours by Emily Wibberley and Austin Siegemund-Broka

If you loved If I’m Being Honest, keep the binge-reading going by picking up the power couple’s previous book, Always Never Yours. Like their latest collaboration, this book takes its inspiration from another Shakespeare classic, Romeo and Juliet. The delightful cast of characters is led by Megan, a vibrant and flirtatious high school student who has a strange history of playing second fiddle: Her string of exes always seem to find true romance the moment after she breaks up with them. She unexpectedly gets cast as Juliet in her high school’s theater production, when her true ambition is to be behind the scenes and in control as director. But soon, a fellow actor helps her find the romance that is so crucial to her starring role. This book is perfect for fans of smart, efficient romantic comedies that feature a diverse cast.

The Last Voyage of Poe Blythe by Ally Condie

Imagine you’re a young woman responsible for commandeering the last mining ship of the Outpost, an isolated, dystopian city that survives by the grueling and never-ending labor of its residents. As commander, your job is to lead the mining of gold from the Serpentine river, which is a vital resource for survival, but in doing so, you destroy what’s left of the fragile ecosystems you’re dredging. And, on top of all that, you lose the love of your life through a terrible accident — one that could happen again unless you find a way to protect your ship and its inhabitants. Such is the life of Poe Blythe, the titular protagonist of Ally Condie’s The Last Voyage of Poe Blythe. This book is perfect for lovers of dystopian sci-fi that puts tough, capable young women at the center of the action.

4. If You Love: Fish-Out-Of-Water Rom-Coms

Her Royal Highness by Rachel Hawkins

Millie Quint has a very specific goal: getting out of her native Houston, away from her confusing best friend/love interest Jude, and into a faraway boarding school. So, when she receives an acceptance letter to the ultra-exclusive Gregourstoon boarding school in the Scottish Highlands, she jumps at the chance to upgrade her life. The only problem is that when she gets there, history repeats itself. Her roommate at the boarding school is none other than the Princess of Scotland, a complete and total diva. And also... her new best friend/love interest? This book is perfect for fans of royal family drama, LGBTQ romance, and boarding school fantasies.

Once you’re in author Rachel Hawkins’s world of teenage palace intrigue, you won’t want to leave. The good news is, you don’t have to! Hawkins is also author of Prince Charming, another funny and dramatic story of an American girl thrust into the world of royal manners. Daisy Winters is a typical Florida teen making the most of her high school years in suburban Florida until she’s suddenly thrust into the spotlight when her sister becomes engaged to the Prince of Scotland. After being transported to a secluded castle to learn how to “act like a lady,” Daisy finds herself caught between the prince’s bon vivant brother and a commoner whose job it is to tame her wild ways. This book is perfect for those can’t get enough of the real royal family; as a fun and fanciful look at life as a European royal, it is sure to charm.

5. If You Love: Emotional Family Dramas

How It Feels To Float by Helena Fox

Helena Fox’s stunning debut novel centers on Biz, a 17-year-old Australian girl at a crossroads. Propelled by a series of anxiety-induced panic attacks, Biz drops out of school to go out in search of her father, only she can’t really find him — he’s been dead for almost a decade. All she can do to get closer to him is visit the places he lived throughout his life. As she sets out to tour the continent, her father is her closest companion; he frequently appears to her to offer advice, to be a witness to her decision making, and to encourage her to hold onto life longer than he could. This novel is perfect for readers who enjoy stories about young people on the cusp of adulthood, serious dramas about struggles with mental illness, and ghost stories.

This article is sponsored by Penguin Random House.