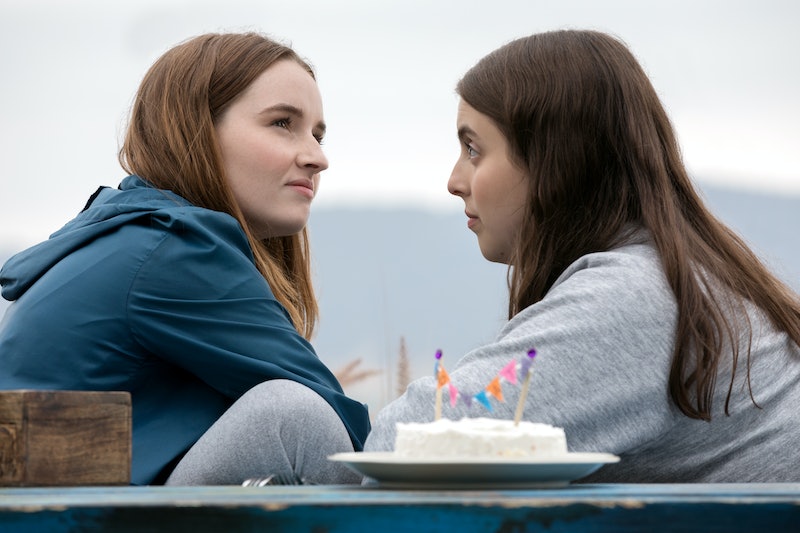 Olivia Wilde's feature directing debut Booksmart, opening next month, follows best friends Amy (Kaitlin Denver) and Molly (Beanie Feldstein) as they try to cram in all the teenage kicks they previously forswore on their last day of high school. And in the exclusive behind-the-scenes featurette below, the stars reveal the secret to creating such a believable friendship on screen: the stars of Booksmart are friends in real life.

The comedy really kicks off when, having been laser-focused on getting into an Ivy League throughout her high school career, Molly is horrified to overhear that students she considered burnouts are also headed to her hard-won heaven. It causes her and equally overachieving best friend Amy to reconsider whether focusing solely on school made them miss out on being teenagers. During the course of the night before graduation, Amy and Molly embark on a wild adventure that also honors the friendship they've developed over the years. Their bond will feel real to audiences, and not just because of the way Booksmart seems to understand what real friendship between teenage girls can be like.

In the clip, Dever says, "We've been living together for the course of this movie which has been..." "Unbelievable," finishes Feldstein. According to Dever, during a typical shoot day, "We'd come home at 7am, get in bed, and then text each other from our rooms 'hey...u up?'"

In an interview with The Playlist, Dever said that kind of closeness was easy to build up on director Wilde's set. "She just creates an incredible environment. Everyone was a huge family, everyone's now best friends."

So while Amy and Molly are their own clique, the twist of the film is that there aren't really any Jocks, Mean Girls, or Nerds at this high school. Dever and Feldstein's characters might seem to fit the geek mold, given that they got fake IDs just to use the nearby college's 24-hour library, but they're super confident, and if they get picked on or ostracized, it's because they consider themselves superior to their peers because of their book smarts. When Amy and Molly set off to break rules and crash a house party, for the first time in their lives they're faced with experiences you can't really ace by studying.

While they begin to realize they don't know everything... yet, it doesn't really destroy their self-esteem because they're constantly each others' biggest cheerleaders. "These girls love each other, and believe in each other," says Feldstein in the featurette. Even Amy's sexuality, a facet that in other movies would be foregrounded as a defining character trait or something that might threaten the girls' friendship, is just background, like in this exchange in the clip where Amy explains to Molly why she's decided to act on her classmate crush.

Molly: "Pardon me? I'm a fun person to have sleepovers and lie around with; it's literally all we do."

Amy: "Well with her there'd be more...vagina involved."

Though it does set up another social interaction both girls try to research their way through — the awkwardness of how Amy goes about trying to determine if her crush is also queer is sweet as it is cringeworthy to anyone who's been there.

From their matching jumpsuits to their clear enthusiasm about just being around each other, onscreen and off, it's clear that the authenticity of Booksmart's core friendship sprung from a real well of affection. Feldstein says of Dever, "She's a wonderful, delicious human being."

Dever confirms that "the tears were real" in the scene where the two part ways for college, shot towards the end of the film's shoot. Booksmart premieres on May 24, though according to them, the stars' friendship will continue long beyond.