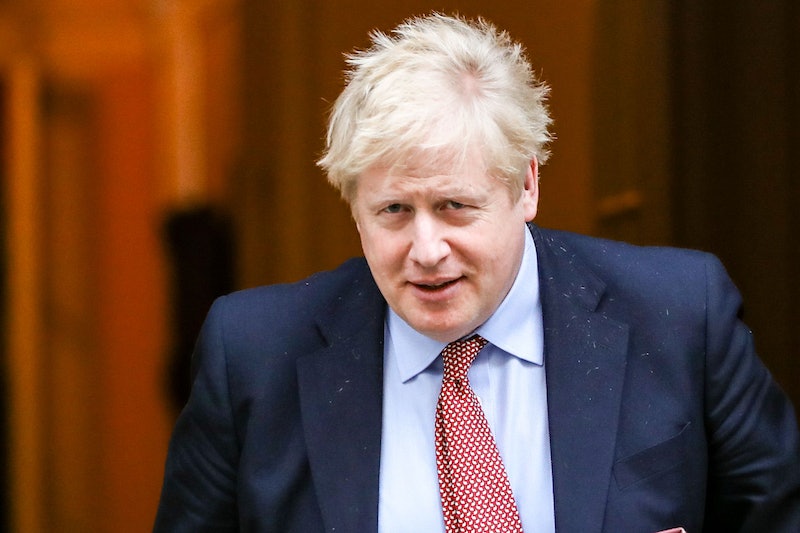 "On the advice of his doctor, the Prime Minister has tonight been admitted to hospital for tests," a Downing Street spokeswoman said on Sunday. "This is a precautionary step, as the prime minister continues to have persistent symptoms of coronavirus 10 days after testing positive for the virus." They added:

The Prime Minister thanks NHS staff for all of their incredible hard work and urges the public to continue to follow the government's advice to stay at home, protect the NHS and saves lives.

Per BBC News, Johnson "remains in charge of government," but foreign secretary Dominic Raab "is expected to chair a coronavirus meeting" this morning (April 6). This is due to one of Raab's roles as foreign secretary, which also sees him as the "Prime Minister's de facto deputy," as the Guardian writes.

Due to social distancing measures, this meeting will most likely not be taking place in Downing Street. "I would expect that now and for the foreseeable future a very significant number of Cabinet ministers will take part by dialling in or via video conferencing," a spokesperson for Johnson said, per the Evening Standard, on March 23.

Johnson's hospitalisation came shortly after the Queen addressed the nation in a rare televised message on Sunday night. "This time we join with all the nations across the globe in a common endeavour, using the great advances of science and our instinctive compassion to heal. We will succeed — and that success will belong to every one of us," she said. "We should take comfort that while we may have more still to endure, better days will return" we will be with our friends again; we will be with our families again; we will meet again."