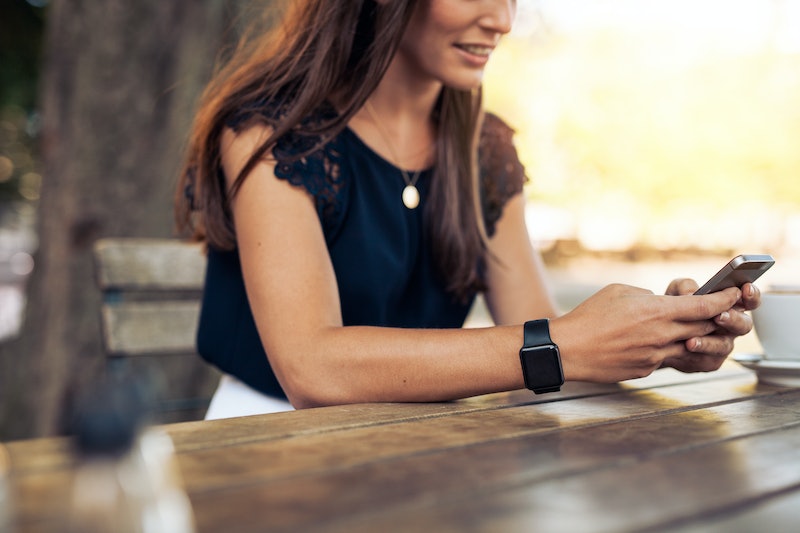 Want to know what it’d be like to have millions of adoring fans online? Wish you could live a day as Harry Styles, who tweets things like “Burger.” and receives over 300K likes? Enter, Botnet, a social network where you’re the only human. “Botnet is a social network simulator where you’re the only human along with a million bots who are obsessed with you,” a description for the Botnet app states. Is it a 21st-century dream? Is it a dystopian nightmare? Is it both and also a promo for the next season of Black Mirror? Did I already make an account?

The app functions similarly to Twitter—minus all the reply guys, Russian bots, and sponsored posts. Once you set up an account, which only asks for your name and a photo, you can post whatever text and photo you like. This pops up in your feed/on your profile. Since you’re the only human on the platform, you are the only one making original posts. Thus, your newsfeed and profile are basically the same thing. Though I tried my best to reach it, there appears to be no character limit. One of my posts is just the entire Wikipedia entry for the plot of the musical “Six” and Botnet didn’t truncate my post, limit my characters, or have an error message pop up that read, “why did you do this?”

Botnet automates your first post for you. Mine read, “Hey everyone! It’s me, Mia. I just set up my botnet and am excited to hang out with you all!” Within seconds, it had 200,000 likes. Bot users with names like “Foot1428” and “Jessiecandle” commented with celebratory emojis and messages like “nice” but “nice” is written ten times. A bot called squareJanella wrote, “It’s me, Mia! I just want to watch the world burn.” I’m not sure whether this is a dig or a compliment, but I will never know. You cannot view any of the users’ profiles because they are robots who do not exist. Again, you are the only human on this social network.

In an attempt to find out who my real bot friends are, I post, “Olivia Colman? Discuss.” A user named carhold853 commented three clapping emoji. (A friend.) A bot named snow2304 wrote “Not sure how I feel about this.” (A foe.) Annmariemake185 wrote, “I don’t know why but I feel like this is the most incel thing I’ve seen in a while,” and fixRandy1637 said, “I feel like she’s a little hot.” (More foes. Olivia Colmans hotness is not up for discussion.)

Bot user CosettaMarijo came in with the comment to end all other comments: “She should have the role of Annie, but she didn’t.” I’m not sure what programming needs to take place for such a comment to occur, but thank you, computer science.

The app is free, but there are a few upgrades you can pay for. You can upgrade to experience double the bots ($0.99) when only getting 500,000 likes per post isn’t cutting it anymore. Want a fatherly presence without having your actual dad see your posts? There’s Dad bot ($0.99) whose sole purpose is to crack dad jokes. Finally, there is the ultimate test: Troll bots ($0.99), for when you want to know what the future will be like when the robots take over everything and bully us online. According to a note on the app, all in-app purchases “help pay for bot school.” So, you can feel fake good about giving this fake bots a fake education.

Botnet creator Billy Chasen spoke with Mashable about the inspiration behind the app. If you’re hoping to see more iterations of Botnet or wondering whether it will inevitably usurp its social media predecessors, that's not likely to happen. Chasen told Mashable it’s “more like an art project than actual company.” Also, if you’re concerned about privacy—which you probably are if you are even remotely aware of, say, Facebook’s history of selling data—fear not. Chasen noted that the only information being collected is some basic data on installations and in-app purchases.

What you post is just between you and your million robot followers.