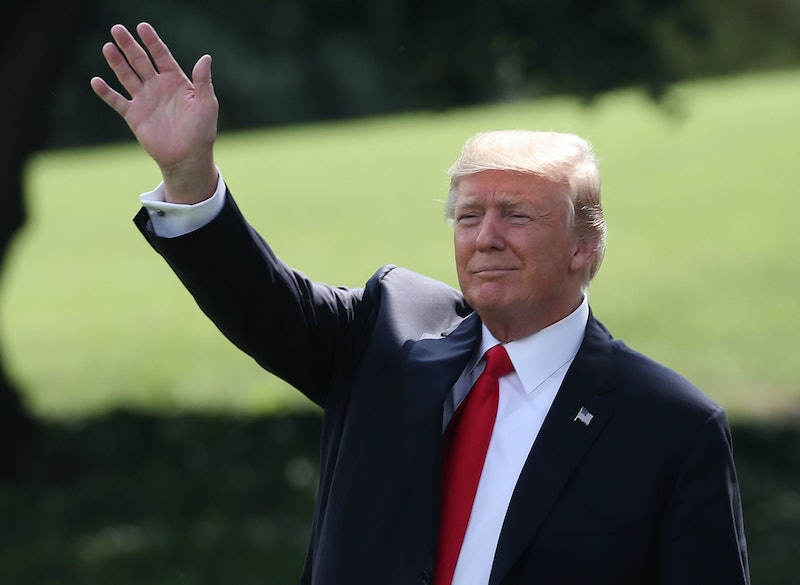 On Monday night, after President Donald Trump spoke at its National Jamboree, the Boy Scouts of America defended its decision to feature the controversial president following a wave of backlash from angry parents. “The Boy Scouts of America is wholly non-partisan and does not promote any one position, product, service, political candidate or philosophy," the organization said on Tuesday in a statement. "The invitation for the sitting U.S. President to visit the National Jamboree is a long-standing tradition and is in no way an endorsement of any political party or specific policies."

In his speech on Monday, Trump railed against the "fake media" and said that he would dismiss his health and human services secretary if a Republican-sponsored Obamacare repeal was not passed. He also revisited a favorite campaign theme — draining the so-called Washington D.C. "swamp": "Today, I said we ought to change it from the word 'swamp' to the word 'cesspool' or, perhaps, to the word 'sewer,'" he told the young men in the crowd.

Trump also made a point of criticizing former President Barack Obama, who was a former Boy Scout. "By the way, just a question, did President Obama ever come to a jamboree?" Trump said, to boos from the crowd. Obama did not attend a Jamboree but did send a recorded message in 2010 for the organization's 100th anniversary.

"We put aside all of the policy fights in Washington D.C. you have been hearing about with all the fake news and all of that. We are going to put that aside," Trump told the scouts, whom he called "young patriots," according to CNN.

"Who the hell wants to talk about politics when I am in front of the Boy Scouts?" he asked the crowd, and then continued making a speech that many people have criticized as overtly political.

According to the BBC, Trump's speech angered many Boy Scouts' parents. " "I am the proud mother of a former scout who was sheltered from that pack of lies speech at the Jamboree. Done with scouts after you felt the need to have my kid listen to a liar stroke his ego on our time," Jude Nevans Cleaver wrote on the Boy Scouts of America Facebook page.

"Wow, this is what you are teaching the Boy Scouts? To be disrespectful to a Past President. One that had been a Boy Scout, unlike the current President. Completely disrespectful!" Debbie S. Milligan said on Facebook.