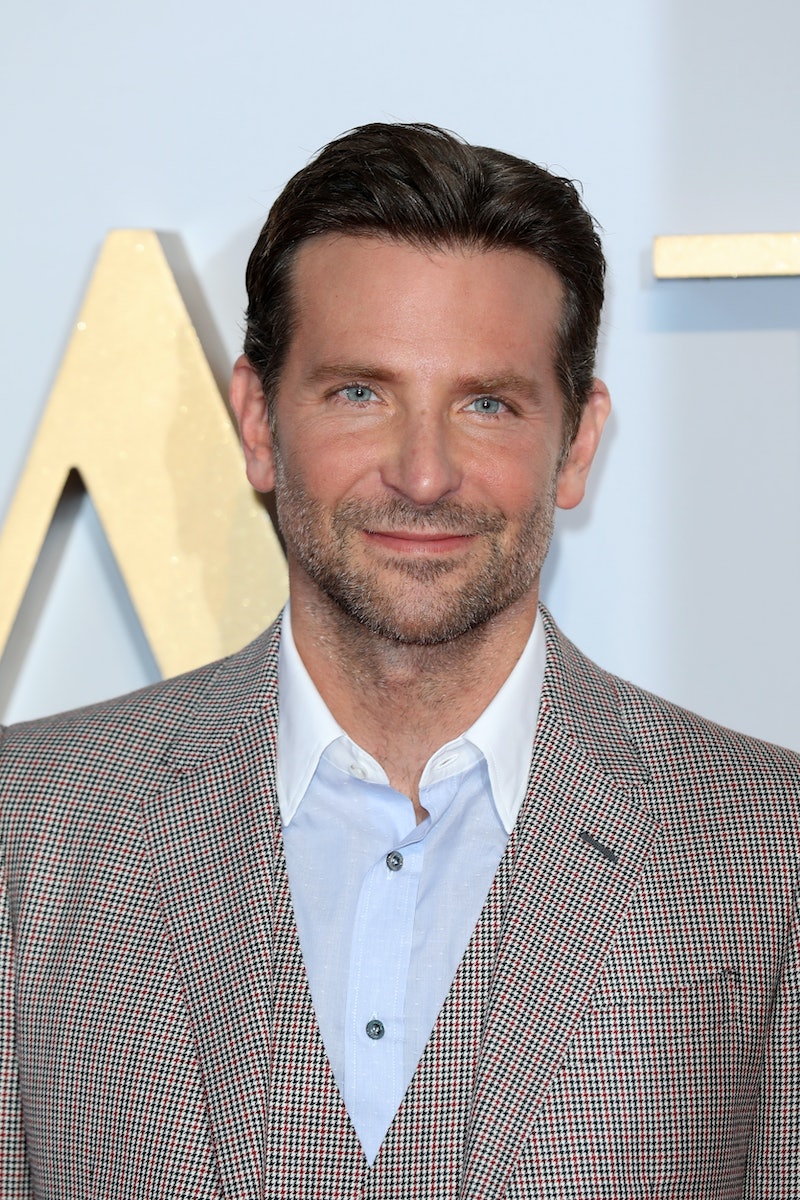 Bradley Cooper is currently busy being accepting awards for Best Song at the BAFTAs and talking about his Best Director nomination Oscar snub, but he did just win another honor that should cheer him right "pup": Bradley Cooper won PETA’s “Oscat” Award for his dog’s performance in his film A Star Is Born. And really, isn’t the goodest boy award the greatest prize of all?

PETA handed out its “Oscat” Awards on Tuesday, Feb. 12, to “films and stars who promoted kindness to animals through storylines and/or the use of computer-generated imagery in place of live creatures on camera.” Cooper won Best Director thanks to his decision to cast his own dog Charlie Cooper, who was the real titular star of the film. PETA said in their press release announcing the winners, “Bradley Cooper nabbed PETA’s Best Director Oscat for his enlightened decision to cast his own canine companion in A Star Is Born, rather than using one supplied by a notorious animal exhibitor.” In the film, Charlie the labradoodle plays the good boy that Ally and Jackson Maine adopt together.

Bradley Cooper told People at the film's October premiere that the relationship between him and pup Charlie was very important to the film: “There was no nepotism — I wanted this relationship with the dog," Cooper said. “[Jackson and Ally] don’t have a child together but they have a dog together, and I wanted it to be part of their story. I love dogs." It paid off, because Charlie Cooper just earned himself a lifetime of treats for his performance.

And believe it or not, this is not the first award that Charlie has taken home for the film. Back in October, PETA created an entirely new honor for Charlie Cooper and Bradley Cooper (mostly Charlie) called the "Compassion in Film" award. In their press release, PETA wrote: "Bradley Cooper’s happy, adorable, and much-loved dog steals the spotlight — and viewers’ hearts — in this film because it’s clear that he loved being with his real-life dad." Also, because he looks like a sentient teddy bear.

And Charlie really is a part of Cooper's family in more ways than one. The pup is named after Cooper's late father, who died of lung cancer in 2011, he told People in October. "That meant a lot for him to be in the film," Cooper said about Charlie.

Other Oscat winners this year include Natalie Portman for Best Actress for her all-vegan wardrobe as a pop star in Vox Lux. Winston Duke won for his role as M'Baku in Black Panther, the vegetarian leader of the Jabari tribe. The Marvel movie also won the "Cat's Meow" award for its CGI animals. Annihilation won for Best Stunt Team, as they were all vegan! (Hey, maybe they should win those Beyonce tickets for life.) The coolest award: Donald Glover won Best Wardrobe for his fur-free jacket in Solo: A Star Wars Story.

But, in terms of Cooper's big Best Director win, it looks like the mystery has been solved: the star born from the movie wasn't Lady Gaga after all, but Charlie Cooper, the best of the good boys, and he's finally getting the recognition he deserves.