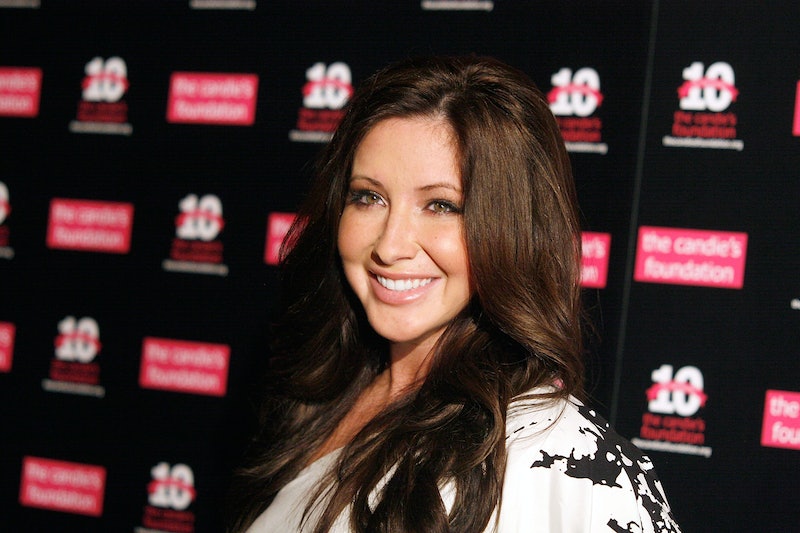 After filming only one season, Bristol Palin won't return to Teen Mom OG. She joined the cast for Season 7 after MTV cut ties with Farrah Abraham. And even then, she was unsure if it was a good fit.

At first, Palin hoped that Teen Mom would be a new platform she could utilize to spread positivity and light. This wasn't her first experience with reality TV (she competed on Dancing With The Stars twice and had her own Lifetime show Life's A Tripp), but still, she felt that Teen Mom offered something special.

At 27, she was no longer a teen mom, but she experienced it firsthand when she was pregnant at 17 during her mom, Gov. Sarah Palin's, 2008 Vice Presidential run alongside Sen. John McCain. Bristol now has three children total.

"I've grown up so much the last 10 years, and I think that God gave me this platform to be on this show, to open up my life and to discuss things that are going on or that I'm passionate about," Bristol said on Season 7. "If I can help or encourage others, then I think that that's what God wanted me to do."

On the flip side, a source claimed to E! News that Bristol's fellow cast members were "surprised and shocked" by her entrance, and Tyler Baltierra even said he thought it was "weird as hell" on the Reality Life With Kate Casey podcast.

As it turns out, filming the show was more difficult than Bristol may have anticipated. Among many real-life trials, it captured the ongoing struggle within her marriage to manage her then-husband Dakota Meyer's post-traumatic stress disorder as a military veteran. The cameras followed them as they fought and misunderstood one another, Meyer's anxiety often being the root of the problem. The couple ultimately divorced in February 2018.

In December, Bristol took to Instagram to express her disappointment with the way MTV portrayed her on the show. "If I cared what people thought of me, I wouldn't be here today - let's be real," she wrote. "I’'e stood strong and held it down for my kids since day one. No matter how bad @teenmom tries to portray my 'life' ..... my babies, my family, my close friends - they know the TRUTH. I'm a pretty great mom, work my ass off, show up, and hustle everyday to give my kids a pretty great life. @mtv doesn't want to talk about faith, show work ethic, or juggling three kids alone, they don't want to show the humble process of starting over after a divorce, building a career, or any real life issues. All they want with my little segment each week is some fake fill-in Farrah Abraham/Jerry Springer BS, and it's simply not true."

So, it really shouldn't come as a surprise that Bristol officially announced her departure from Teen Mom on April 1. "teen mom OG wasn't a fit for me, it took away my peace.. and honestly - my peace has a price tag that no one but God can afford," she wrote on Instagram. "$ doesn’t impress me, I don't entertain bs, and walking away from this show allows God to rebuild me (and my little fam) in the right direction. I have love for all the girls on the show, and wish them the best of luck in all their future endeavors!!"

Rumor has it that Teen Mom 3's Mackenzie McKee could take Bristol's place on the show, but that has yet to be confirmed.

More like this
JoJo Fletcher & Jordan Rodgers Got Married In A “Playful & Fun” Wedding
By Grace Wehniainen
Twitter Is Upset About The 'American Idol' Top 3 Results: "Who TF Is Voting?"
By Jake Viswanath
The Richest 'Bling Empire' Cast Member Is...
By Hugh McIntyre
G Flip Shared How They Got Romantic With Chrishell Stause & Discussed Babies
By Brad Witter
Get Even More From Bustle — Sign Up For The Newsletter