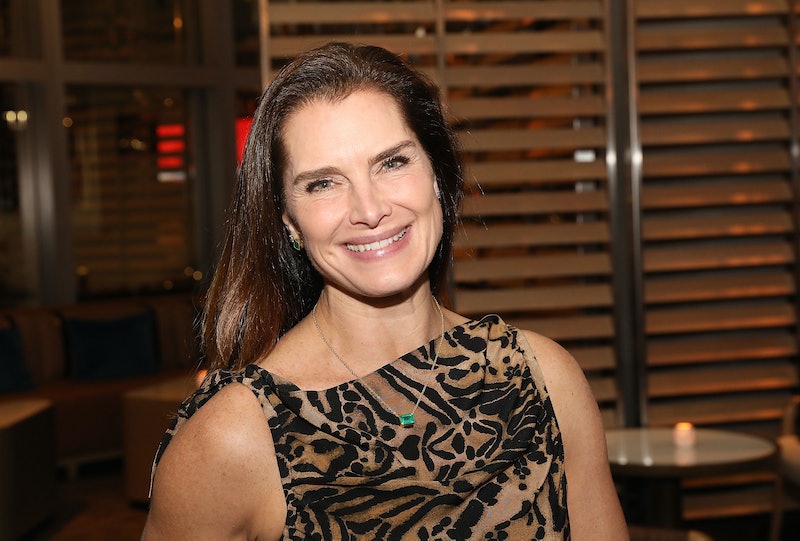 The CW has a new show on the way — and it has nothing to do with superheroes. Brooke Shields' CW series, Glamorous, is about a cosmetics company, and her role sounds so intriguing. Shields' character, Madolyn, is a supermodel-turned-CEO who's in charge of the mega-successful brand, Variety reported on Thursday. But it sounds like Madolyn might not be on the same page as her new assistant, Venetia, played by Jade Payton. Apparently, Ventia "panned" the company's beauty products on YouTube before getting the assistant job, Variety explained.

It sounds like Madolyn is pretty savvy with her new hire, though. Variety notes that Shields' character wants her assistant "to be her eyes and ears within the company." Could the brand's board be pushing for a new CEO to replace her? Madolyn seems pretty devoted to the company, based on the character description, so she wouldn't go down without a fight.

The new show also seems like it will be pretty progressive, at least with Payton's character. Venetia is gender non-conforming, and the intern/assistant is also "deeply connected with Chicago's queer community and nightlife," according to Variety.

And in addition to the casting news, there's another major reason to be excited about the new series. Eva Longoria is directing the pilot, adding to her already-impressive list of directing work. She's directed episodes of Telenovela, Jane the Virgin, and Devious Maids, but this is her first time directing a series pilot.

There's also another big name attached to the series: Damon Wayans Jr., like Longoria, will be an executive producer on the show. The Happy Endings actor's involvement in the series was met with controversy earlier this month, when reports about his past anti-LGBTQ tweets resurfaced. Wayans apologized for the tweets, admitting that his words had been "hurtful."

"When I was a young comic trying to find my voice, I made some immature and hurtful tweets that I deeply regret at the expense of the LGBTQ community," Wayans said in a statement provided to Deadline on Feb. 3. "Society evolved and so have I and it is something I will continue to do both personally and professionally."

The actor and producer also talked about the show's importance in particular, adding in the statement,

"When Glamourous was pitched to us I thought it was brilliant, heartwarming and important. We will continue to be committed to pursuing protagonists who don't traditionally get to be at the center of a show and bringing their stories to the screen."

It's nice to see Wayans owning up for his past actions and it sounds like his viewpoint really has changed as he's helping bring the new show to fruition.

Glamorous sounds like it will be an important show for representation. And based on Shields' casting and the news about her character, it sounds like the series will be pretty fun, too. With Jane the Virgin and Crazy Ex-Girlfriend both in their final seasons this year, it's about time for a new series on The CW, and it sounds like this one will be one to watch. And if the pilot doesn't feature Fergie's classic song "Glamorous," well, that's just a missed opportunity.