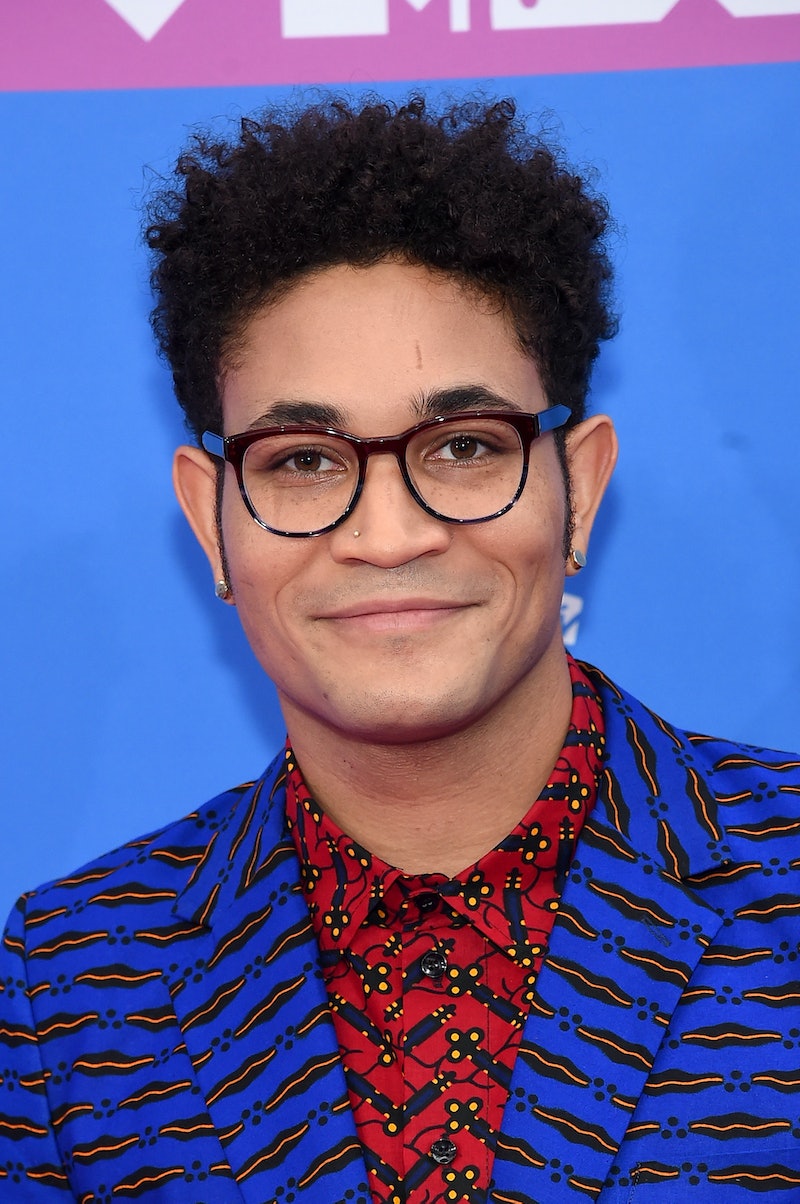 Thirty-one-year-old singer-songwriter Bryce Vine asks himself one question when creating music: “Would I listen to this if it wasn’t me? If the answer is ‘yes,’ then someone else’s answer might be ‘yes,’ too,” he tells Bustle ahead of the July 26 release of his debut album Carnival. The singer, who you probably know from his 2017 single “Drew Barrymore,” has said “yes” to a lot of new songs that make up his album, which he hopes will become the soundtrack to listeners' lives.

“I wanted songs that people felt embodied their life and what they were doing already,” Vine says. “I never have to worry about typecasting, because I’m just trying to write songs that people live their lives to.” Take his track “LaLa Land,” which Vine says is the perfect to drive down the street to.

“La La Land,” which features rapper YG, was all about showcasing different elements of California’s culture, Vine says; from Coachella music festival to 1Oak nightclub. He reflects, “I’m this hippie, dirty guy that likes surfing and to be barefoot, but not everybody is that way,” Vine says about his one viewpoint, which is why he wanted to include YG, whose own experience is different than Vine's.

For those that might like the beach vibes like Vine, you’ll probably want to hear “San Junipero,” which is, you guessed it, a pop culture nod to the Black Mirror episode by the same name. Vine applauds the Emmy-winning Season 3 Black Mirror episode for portraying a love story between two women so authentically: “I thought [that episode] was just beautiful.”

While "San Junipero" is a great song about a romance that's going well, Vine knows it might not fit the vibe of every relationship, especially the hard ones. "I've been heartbroken,” the singer says, which is why he wanted to capture that feeling in his song “Love Me Hate Me.” “[Love Me Hate Me] is a song people can listen to if they’re going through that [heartbreak]," he says. “Not everyone wants to listen to happy, upbeat stuff all the time. There are sad songs [in the album] because there are sad situations in life.”

It’s clear in our discussion about Carnival that Vine wants his music to be the soundtrack to his fans' lives, capturing the highs and even the lows. Vine says, "I just want to make something that people are excited about and relate to. I don't check the stats on my songs or anything like that. If that becomes important, then it's all about the business and not the music. Music should be fun."

Ultimately, Vine concludes, "I think music is what I'm supposed to do because I love bringing people together." Through the range of emotions in his songs and the subtle pop culture references that even eagle-eyed fans might not catch the first time around, that's exactly what he's doing with his music so far and the new tracks on Carnival.