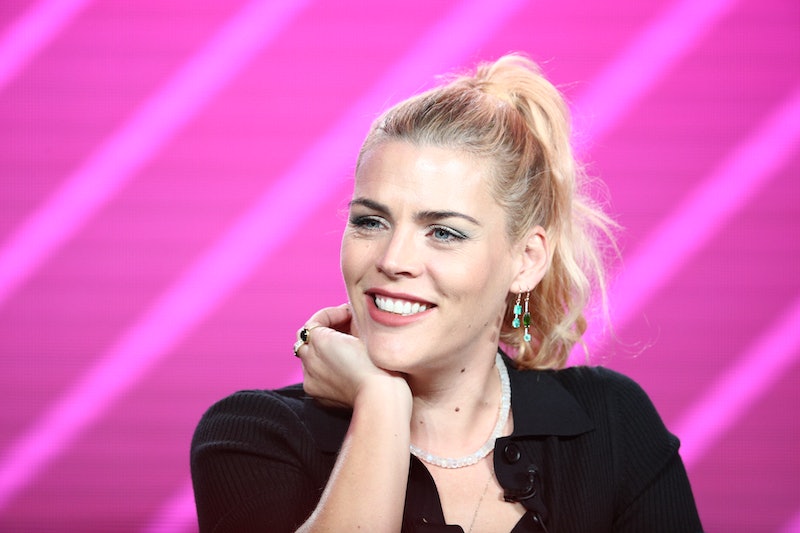 This week, Georgia's governor signed off on one of the country's most restrictive anti-abortion laws, prompting swift criticism from reproductive justice advocates. This new legislation effectively bans abortions after six weeks into a pregnancy, before most women even know they're pregnant. In the latest episode of her talk show Busy Tonight, actress and host Busy Philipps condemned Georgia's new abortion rule by sharing her own story.

"The statistic is that one in four women will have an abortion before age 45," Philipps told the audience. "That statistic sometimes surprises people, and maybe you're sitting there thinking, 'I don't know a woman who would have an abortion.' Well, you know me."

Philipps explained that she had an abortion when she was 15 years old, and that she wanted to share her story because she is "genuinely really scared for women and girls all over this country." Bills like the one Georgia Gov. Brian Kemp just signed into law won't "stop anyone from making this incredibly personal choice," Philipps said, but they will "put more women at risk."

"I know that people feel very strongly about abortion, but let me just say this: Women and their doctors are in the best position to make informed decisions about what is best for them," Philipps told the crowd during the beginning of the segment. "Nobody else, nobody."

After she briefly but emotionally recounted her own personal experience with abortion, Philipps abruptly changed the subject to the Met Gala.

"Is that a hard left turn?" Philipps asked the audience. "Yeah, it is. Is it kind of jarring? Yes, it is also kind of jarring, but guess what? That's what being a f*cking woman is! Having a regular Tuesday and then suddenly being reminded that people are trying to police your body."

This isn't the first time that Philipps has spoken out about abortion and women's rights. Philipps wrote about her abortion in her 2018 book, This Will Only Hurt a Little, per CBS News. According to Entertainment Tonight, Philipps became pregnant when she was 15, and her then-boyfriend's conservative family was vehemently opposed to her getting an abortion. Her mother supported her decision, however, and helped her locate a private practice that would perform an abortion.

"The truth is, my mother is who you want in your corner when sh*t goes down," Philipps wrote in her book. "The way she put aside any of her own feelings about what was happening and just supported and loved me was staggering."

It was Kemp's decision to sign Georgia's so-called "heartbeat" abortion bill into law that compelled Philipps to share her story again, per CBS News. After her show aired on Tuesday, Philipps took to Twitter to explain why she had been vocal about something so personal.

"I spoke about my abortion on my show tonight because I can not sit idly by while women’s rights are stripped away," Philipps tweeted Tuesday night.

According to The New York Times, Georgia's new abortion legislation will go into effect in 2020, joining states like Kentucky, Mississippi, and Ohio in enacting extremely restrictive anti-abortion laws.