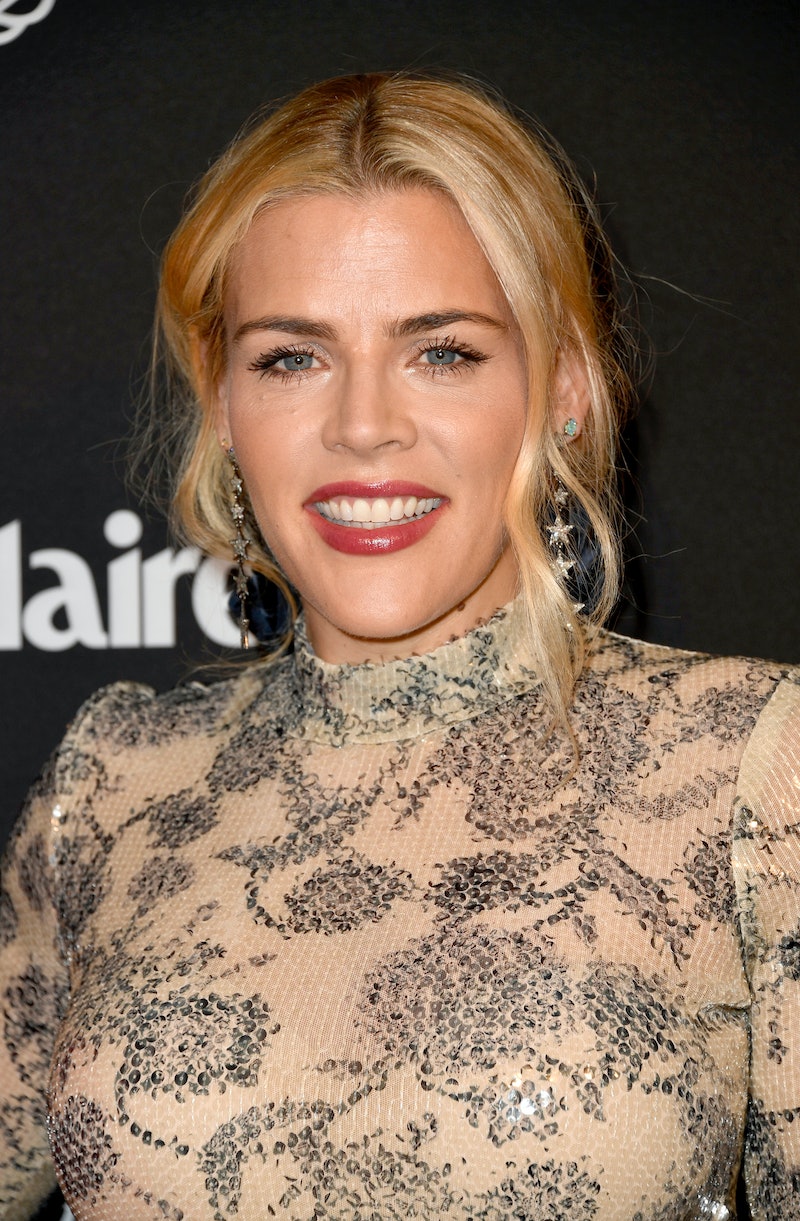 The tattoo is of a woman ice skating, and the lines her skates leave behind spell out "f*ck 'em" in simple cursive. In the caption, Philipps wrote, "Weirdly true to form and as things always tend to be, it really always only hurts a little."

The tattoo was made by artist Dre Li in Dallas at the Third Eye Gallery. The ink isn't only a middle finger to people's opinions, but it's also closely linked with Philipps' new book, This Will Only Hurt a Little. The 2018 book is a hilarious memoir penned by the comedic actress, and the tattoo is inspired by an illustration that is found in the book's "A Movie Script Ending" chapter.

While many fans loved her new tattoo and applauded the message, others had some reservations about the words used. "I’m not judging… honestly curious bc I wish I was as brave as you to get a tattoo like that – but… what do you tell the kids???” one follower wrote.

Philipps had a perfect answer for the question, applying her new mantra directly to the situation. “I tell them that these are words to live by. Especially as a woman.” For context, Philipps has two daughters, Birdie, 10, and Cricket, 5.

Philipps is vocal about raising feminist daughters. In a 2017 interview with Huff Post, the publication asked is Philipps was trying to raise her kids as feminists. "I know what some of the messages are culturally. Obviously I’m aware of a lot of the messages that are being spread in the media, and by the president of the United States," Philipps answered. "But I think that we can counteract it. I do. It’s not easy. It’s never gonna be easy for women. It just isn’t."

Philipps' latest tattoo clearly underlines her thoughts on that. While it's certainly inspiring, the "f*uck 'em" tattoo isn't the first book-related ink that Philipps has gotten.

The actress got her first tattoo in July 2018, which was a quote that read "aced out in her nudes." Philipps posted a photo of the tat onto Instagram, and explained in the caption that the meaning was in her book.

"And similar to the TITLE of my book — this only hurt a little," Philipps added. The phrase was invented by Philipps' mother, who used it to describe a childhood memory that Philipps was part of. When Philipps was two, she "aced out in her nudes" to explore the neighborhood without her mom knowing.

It is that headstrong, devil-may-care attitude that makes Philipps special. And it perfectly twines back to the "f*uck 'em" attitude that she got scrawled on her foot. When it comes to tattoos that remind you to live out your truth no matter what people think, Philipps has some of the best examples.

More like this
12 July 4th Beauty Sales To Jump On ASAP
By Jordan Murray
TikTokers With Eczema Are Opening Up About Topical Steroid Withdrawal
By Kui Mwai
The Least (& Most) Painful Spots To Get A Tattoo, According To Pros
By Hilary Shepherd and Audrey Noble
35 Summer 2022 Beauty Products Bustle Editors Swear By
By Bustle Editors
Get Even More From Bustle — Sign Up For The Newsletter