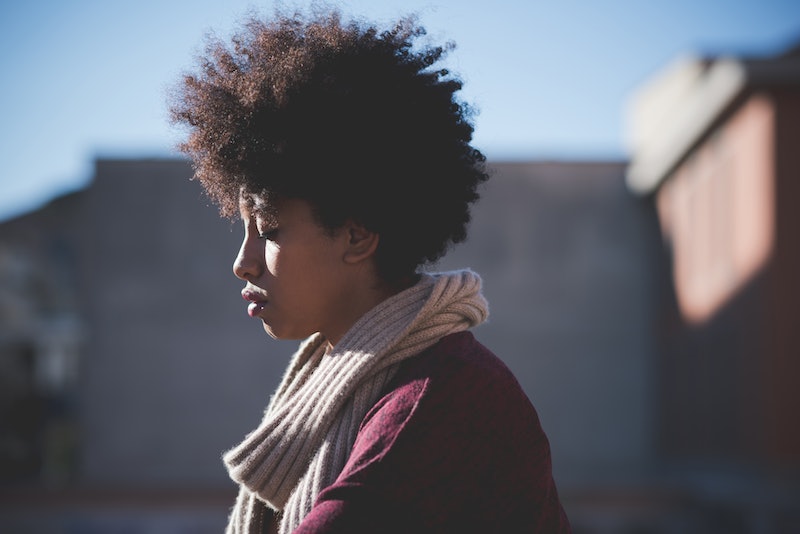 The proposed bill would update the anti-discrimination law already on the books in California. It has already passed both the state senate and, as of Friday, the state assembly, so it will now go to Gov. Gavin Newsom's desk to await his signature. Both the assembly and the senate passed the bill unanimously, as The Hill wrote. Specifically, the bill expands the term "race" to explicitly include "traits historically associated with race, including, but not limited to, hair texture and protective hairstyles," per CNN.

"Workplace dress code and grooming policies that prohibit natural hair, including afros, braids, twists, and locks, have a disparate impact on Black individuals as these policies are more likely to deter Black applicants and burden or punish Black employees than any other group," the bill reads.

The overall purpose of the bill, according to CNN, is to make workspaces more often to people with natural hair, no matter how they choose to wear it.

"I believe that any law, policy or practice that sanctions a job description that immediately excludes me from a profession — not because of my capacity or my capabilities or my experience but because of my hairstyle choice — is long overdue for reform," California state Sen. Holly Mitchell, who sports a natural hair style herself, told CNN. Mitchell also sponsored the bill to begin with, calling it the Crown Act — or the Create a Respectful and Open Workplace for Natural Hair Act, according to the BBC.

"There are still far too many cases of black employees and applicants denied employment or promotion — even terminated — because of the way they choose to wear their hair," Mitchell told CNN. "I have heard far too many reports of black children humiliated and sent home from school because their natural hair was deemed unruly or a distraction to others."

While California is the first state to take this step, it's not the first place that the idea has turned up. As People explained, the New York City Commission on Human Rights Law took a similar step in February when it changed its guidelines to outline “the rights of New Yorkers to maintain natural hair or hairstyles that are closely associated with their racial, ethnic, or cultural identities.”

The New Jersey state legislature also just introduced another bill protecting people from discrimination based on natural hair, according to NJ.com. In the case of New Jersey, however, there was a specific incident that acted as the impetus to bring the bill about. In December, a high school wrestler who wore dreadlocks was told that he had to either cut off his dreadlocks or forfeit the match, as NBC News reported. He chose to cut his hair rather than sit out the match.

“He had to choose between, do I move forward with something that I love to do versus with my hair that I love," New Jersey state Assemblywoman Angela McKnight told NJ.com. "He had to choose which one. That should not have been a choice."