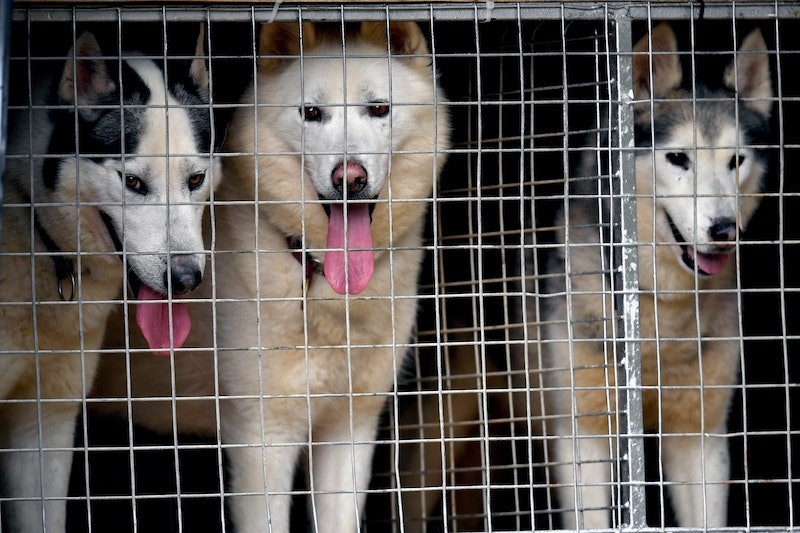 As of Jan. 1, California became the first state to ban pet shops from selling dogs, cats, or rabbits unless they come from rescue shelters. The new California pet shop law will discourage the use of places like puppy mills and kitten factories, which typically supply pet shops with animals but that may “house animals in overcrowded and unsanitary conditions without adequate food, water, socialization or veterinary care,” according to the legislation, A.B. 485, The New York Times reports.

“This bill would prohibit, on and after January 1, 2019, a pet store operator from selling a live dog, cat, or rabbit in a pet store unless the dog, cat, or rabbit was obtained from a public animal control agency or shelter, society for the prevention of cruelty to animals shelter, humane society shelter, or rescue group, as defined, that is in a cooperative agreement with at least one private or public shelter, as specified,” the bill’s text reads. The bill also requires that all sales of cats and dogs moving forward must comply with existing laws mandating the spaying and neutering of animals. Each pet store must also establish and maintain records specifying where each dog, cat, or rabbit comes from, and these documents must be kept in public view “on the cage or enclosure of each animal.”

If pet store owners fail to provide the required records of origin for each animal, they face a fine of $500, CNN notes. TIME reports that public animal control agencies and shelters are also authorized to require documentation on all animals in pet shops, either periodically or as needed.

Assembly member Patrick O’Donnell introduced the Pet Rescue and Adoption Act, and the bill was signed into law by California governor Jerry Brown in October 2017. While private citizens can still buy animals from individual breeders, businesses can’t, according to CNN. The New York Times notes that while some California districts had previously banned selling animals from unlicensed breeders, this is the first statewide initiative to do so. The bill states that “Because pet stores are one step removed from the breeding of the animals they sell, store owners rarely know the breeding conditions of their animals.”

The bill’s text also states that this legislation is designed to address “extremely minimal” federal animal protection standards, “such as a requirement that says a cage may be only six inches larger than the animal it houses and may be cleaned just once a week,” The New York Times writes.

“It did somewhat open up the possibility of moving it from a municipal effort to a statewide effort,” Kevin O’Neill, vice president for state affairs of the American Society for the Prevention of Cruelty to Animals (ASPCA) told The New York Times. “I think you are going to start seeing more and more states doing it.”

The New York Times reports that this is the first legislation of its kind in the United States. Other states are beginning to follow suit, however, and similar regulations are being introduced in other regions. In an effort to curb animal abuse, and the unlicensed, mass breeding operations that so often perpetuate it, 250 U.S. cities and local governments are now slated to adopt similar measures in the months moving forward.