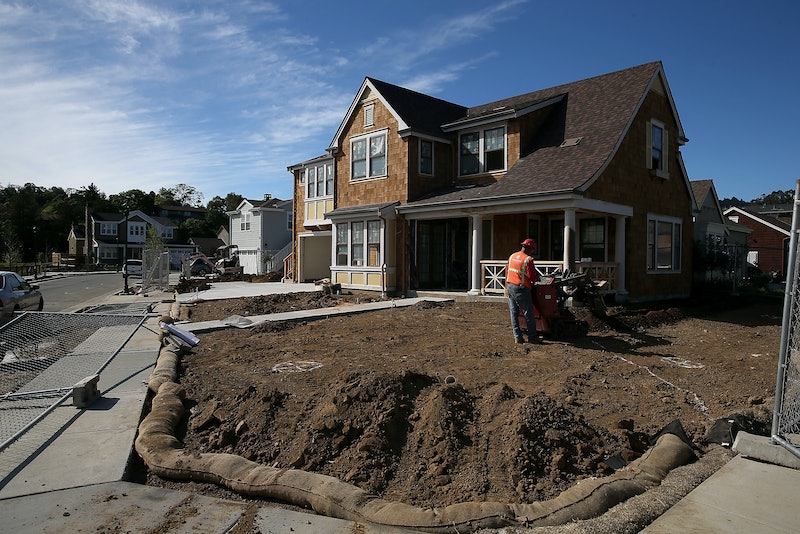 As concerns about world pollution and greenhouse gas emissions intensify, the Golden State just stepped up its environmental game in a major way: as part of its efforts to totally eliminate fossil fuels within the next two decades, California will require new homes to be built with solar panels, according to NBC News, and the move is nothing short of historic.

NBC reports that solar panels will be mandated on virtually all new homes and rental buildings built in California per the requirements of a new policy advanced by California regulators on Wednesday. Mashable also confirms that all five members of the California Energy Commission voted unanimously to push the new policy forward, which goes into effect on January 1, 2020 for single family homes and for multi-family buildings, including apartments and condominiums, of three stories or fewer. The unanimous vote to recommend new energy efficient standards for homes is a continuation of California’s efforts to meet “aggressive renewable energy goals,” Mashable reports, and other environmentally protective standards were also put into place with this measure, such as better window insulation to contain expensive climate-controlled air, Mashable further states.

NBC notes that solar panels are already a super popular feature on homes built in California, even without the new mandate, and that the installations are “so cost effective that they are included in more than 15,000 homes built in California each year. [I]n 2020 and beyond that number promises to increase to 80,000.” But the BBC reports that some exceptions will apply to the new plan; if solar panels aren’t affordable or feasible — as would be the case with homes built entirely in shade — their inclusion in the building plan won’t be necessary. And homeowners won’t be required to add the panels to existing homes, though California does incentivize adding solar to homes with government rebate programs, the BBC also reports.

NBC says that figuring out the financial requirements of the ambitious plan was key to moving it forward, and that determining how much the panels would costs throughout the various climate zones in the state was integral to developing the new mandate. NBC notes that the average cost of a solar panel system is $9,500, but since the panels cut energy usage by over half they actually end up saving homeowners about $80 per month.

The California Building Association is also praising another key feature of the new solar panel plan. Bob Raymer, technical director of the building association, told NBC that an energy credit will be given to homes that use battery storage technology to “capture the cheaper electricity produced by the rooftop solar panels during the middle of the day and keep that power on-site for use in the early evening hours when electrical rates go up.”

Hope Corsair, program director and associate professor in electrical engineering and renewable energy at the Oregon Institute of Technology, told Mashable that solar panels are economically sound, and pay “across the lifetime of the building.” But while they are great for areas with high power demand and low supply, installation gets a little trickier “when you install solar in a location that already has enough power.” So while solar power is an effective way to create clean energy, the panels are also part of a “greater renewable solution,” that requires multiple approaches, including energy efficient appliances and tighter insulation, Mashable notes.

According to NBC, the California Building Standards Commission, which is expected to heed the recommendations from the energy commission, will review the new solar panel plan this coming October or November. In the meantime, California continues to pave the way for moving environmentally protective measures, like the solar power mandate, into the mainstream — in order to create viable, progressive, and powerful energy source solutions.