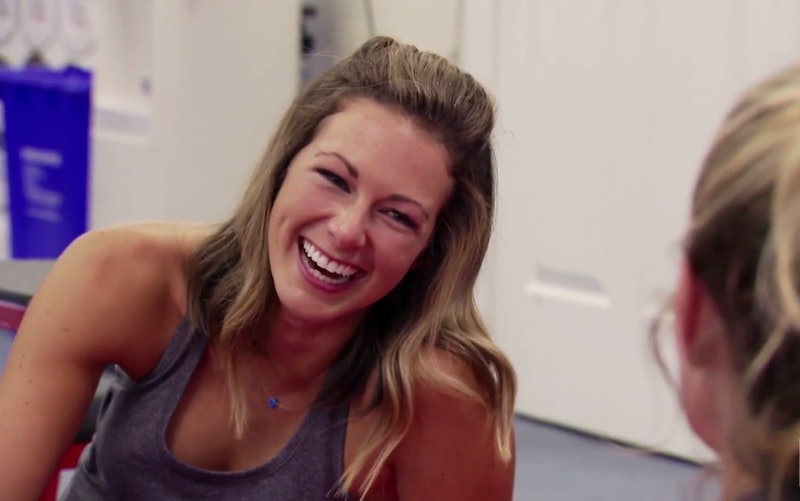 Once again Shep Rose's love life is at the center of Southern Charm, but this time around there actually might be someone he could see himself with — and not just as a hookup. Cameran Eubanks' friend Chelsea Meissner on Southern Charm is making a name for herself in Season 4 — and for good reason. She's charming, beautiful, funny, ambitious, and most obviously has great taste in friends (I'm looking at you Cameran). Who wouldn't want to hang with her and/or date her?

As much as I could go on and on about why she seems like a good match for Rose (here's hoping he doesn't blow it), there is so much more to Meissner than her relationships. You may even be wondering exactly who she is and possibly why she looks so familiar. Regarding the latter, there's a good reason for just that. Southern Charm isn't the first time Meissner has been on reality TV.

Before joining the Charleston cast, she was competing on Survivor. That's right, Meissner was part of the Survivor: One World cast, aka Season 24. She didn't win that season, but she was a finalist and came in third place. So, yeah, she's as tough as she looks and almost outwitted, outlasted, and outplayed the other competitors.

Now she is just trying to survive all of the drama on Southern Charm. Here are a few things you should take note of when it comes to the new Bravolebrity.

And she also takes care of her Southern Charm co-stars.

She Was In A Music Video

Be sure to check out her bear costume.

She Loves To Surf

She's no stranger to sports and the outdoors, that's for sure.

She Likes To Travel

And who can blame her?

She's Super Close With Her Family

Talk about a cute family photo.

She Fits Right In With The SC Cast

She just might become a full-time cast member soon enough.

She & Cameran Really Are Besties

I couldn't have captioned this any better.

Who else hopes Chelsea sticks around Southern Charm for awhile?