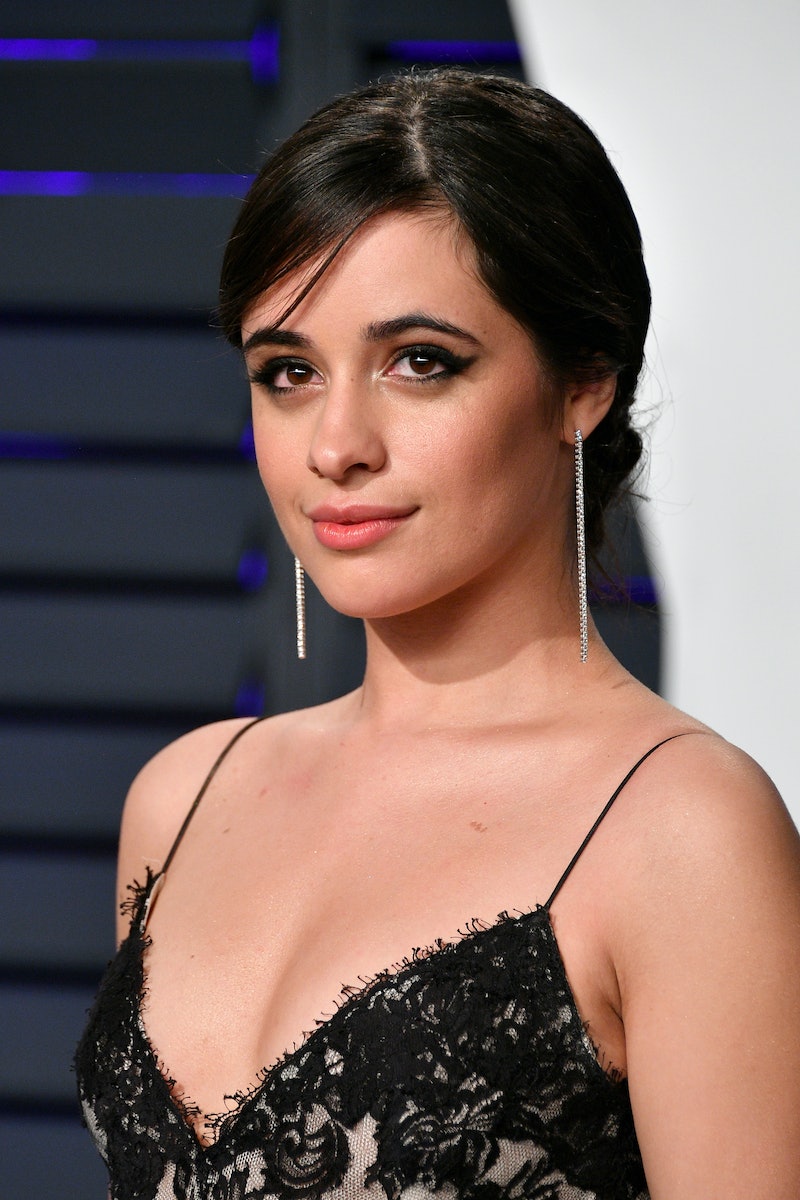 It's not always easy to talk about anything involving mental health, but Camila Cabello is sharing her story. In a lengthy set of Instagram posts she shared on Sunday, Cabello opened up about her anxiety, and not only did it give fans insight into who she was growing up, but it's actually a pretty good pep talk for anyone who might be facing what she experienced when she was younger.

In her post, Cabello admitted that although she's heard stories about actors and singers who were all about performing from the time they were a kid, that just hasn't been her — instead, she spent her childhood feeling "nervous and socially anxious," and she admitted that it was overwhelming when attention was on her.

"I never ever sang in front of my parents or friends and would get flustered when they would ask me to, I sang in my room when my parents left for Walmart and cried when one day I saw them filming me through the crack of the door, I got teary eyed when people sang happy birthday to me because people looking at me actually made me overwhelmed. I was generally incredibly nervous and socially anxious when I was little; and people always have this look of disbelief when I tell them that."

She went on to explain that she feels like there are two Camilas inside of her, and she's realized that she needs to listen to the one who doesn't want her to miss out on anything in life because of her anxiety. She continued:

"I feel like my whole life there’s been two Camila’s in me. There’s little Camila that is terrified of the unknown, is aware of all the ways everything can go wrong, (actually can picture them vividly lol), and thinks it’s safer to stay home than to play ball. Then there’s the other Camila. And she knows what she wants out of life, is aware of how little time I have to let little Camila run the show while time passes by, and grabs young me by the hand and forces her out the door saying 'Let’s go. You’ll survive, and I’m not gonna miss out on this. Let’s go.'"

The "Señorita" singer continued her story in a second Instagram post, where she wrote that even if someone isn't normally very brave or social, it doesn't mean that they're incapable of it. She wrapped up things by encouraging her fans to do what they're afraid of, even if it makes them anxious, because of how much doing that has changed her personally.

"I went from never wanting to sing in front of my family to being addicted to performing, from being too anxious to hang out with new people to... still being a little anxious but having THE BEST time and making irreplaceable memories. The essence of me is the same, but i’ve changed so much as a person. You choose who you’re going to be. Force yourself to do what you’re afraid of, always- and go after what you want and who you want to be, because you’re worth that. You’re worth the fight. It’s the most worthwhile one there is."

Cabello has opened up about her mental health in the past, too. In an interview with Cosmopolitan UK last year, she revealed that she lives with Obsessive Compulsive Disorder, and now, with her latest Instagram posts, she's continuing to be transparent about what she experiences.

Cabello's posts are an important reminder of how much things can get better, despite how tough life can be at times. After all, if Cabello hadn't taken those risks, pop music would look a little different these days. It's not an easy battle, but as Cabello wrote, it's one that's definitely worth fighting.