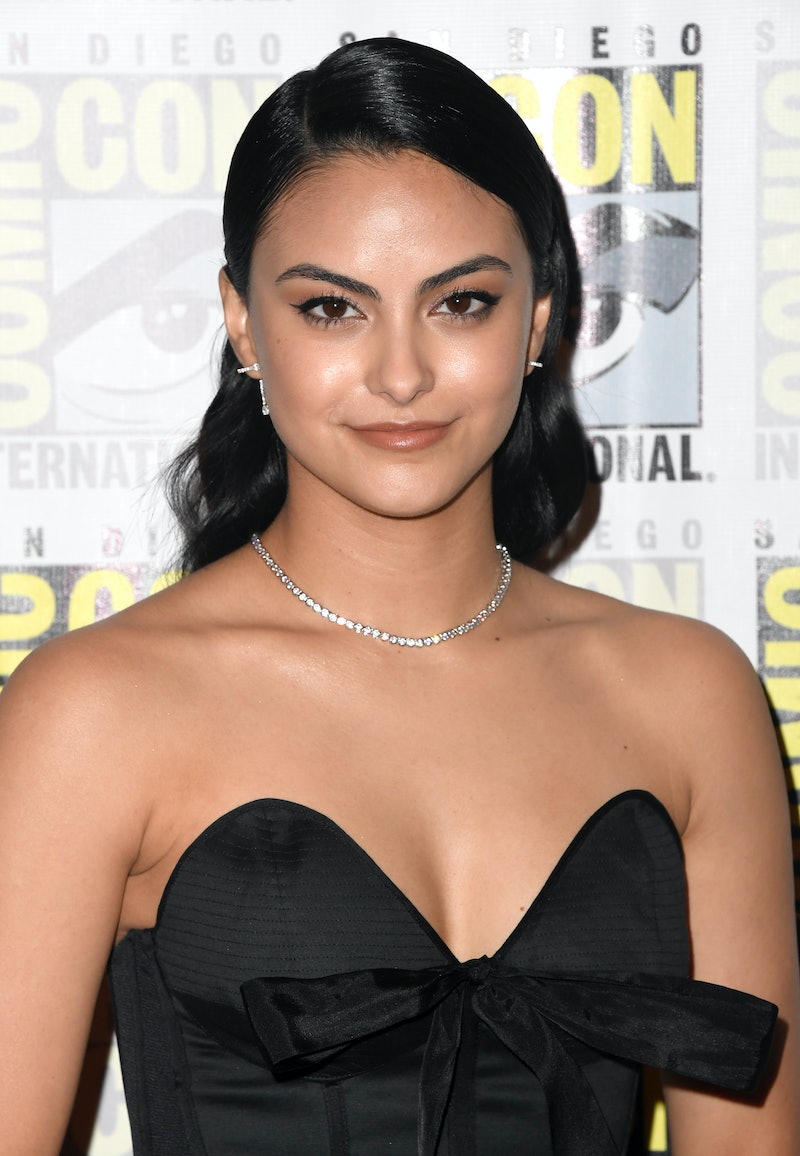 In an open and honest new interview with Women's Health, Camila Mendes revealed the special significance behind one specific tattoo of hers, and, subsequently, opened up about a difficult period of her life in the process. As E! News noted, the meaning behind Camila Mendes' tattoo ties back to a traumatic experience from her college years.

Mendes told Women's Health, in an interview published on Sept. 9, that she got the tattoo on her rib cage, "to build a home," years ago following a tough period while in college at New York University's Tisch School of the Arts. "I got the tattoo after my freshman year," she explained. "I had a very, very bad experience; I was roofied by someone who sexually assaulted me."

She told the publication that after that unfortunate incident, she vowed to do whatever made her feel safe and comfortable i.e. the qualities that would make up her ideal, physical home, hence her incredibly apt and meaningful tattoo. According to Women's Health, the tattoo helps Mendes "strengthen both her sense of self and the environment around her."

What else helps to keep her grounded? Physical activity. “Whenever I feel like I’m going through something difficult, I think about what I can do physically for myself,” she said. Whether that be working out or even getting a good night's sleep, Mendes related that she's simply going to listen to and respect her body in order to focus on her own wellbeing.

Elsewhere in Mendes' interview, she also discussed her battle with bulimia and body image. After opening up about that subject multiple times in past, the Riverdale star noted to Women's Health that she has "only recently gotten better." As she told the publication, "I needed professionals I trusted to tell me things that I didn't know."

That wasn't all she had to say about the matter, as she continued to share a strong message about loving the skin you're in, telling the magazine,

"When I was a teenager, there were no role models when it came to body positivity—that simply was not a thing. Being thin was the thing. It's health that's important, not appearance. I make choices that are good for me—and not just in my body—but for my soul, for my mind. And sometimes that's eating ice cream because I want to eat ice cream."

As noted, this isn't the first time that Mendes has taken a candid stance when it comes to discussing more personal matters. In addition to opening up about her health struggles to publications like Women's Health and Shape, she even shared a message on Instagram in February 2018 in which she told her followers that she was #DoneWithDieting. Not only did she urge others to join her in that movement, but the actor wrote, "I’m sick of the toxic narrative that the media consistently feeds us: that being thin is the ideal body type. A healthy body is the ideal body type, and that will look different for every person."

Between her meaningful tattoo explanation to her openness about her most personal issues, Mendes' bright and strong spirit really shines through, and it's truly nothing short of inspiring.