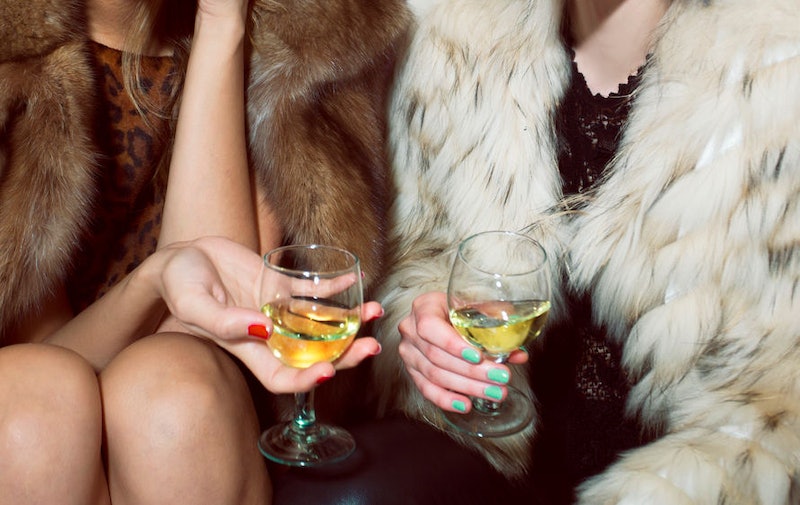 I can't count the times I've been in the back of cab, squinting through blurred vision trying to WhatsApp the group thread after too many drinks, and many of us are familiar with "beer goggles," but can alcohol damage your eyesight? Radio 5 Live host Adrian Chiles recently admitted being "horrified" by his alcohol intake after admitting that he frequently drank between 80 and 100 units a week. The presenter is exploring the topic of drink for an upcoming BBC documentary, Drinkers Like Me, which looks at supposedly "moderate" drinkers, whose "casual" drinking habits may be having serious negative impact on their health. And as a person who frequently necks a glass of wine or two on several nights a week, the message has really struck home.

I think we are all pretty aware of the serious physical effects of alcohol consumption these days. The NHS website counsels that people regularly drinking more than 14 units a week (that's the equivalent of six pints of beer or 10 small glasses of wine) are more at risk of cancers, heart disease and liver disease. Then there's the toll it can take on our skin and our mental wellbeing, but one thing we may not be aware of is the potential damage we are doing to our eyesight.

According to French optician Essilor, the reason for the aforementioned blurry vision caused by drinking is due to alcohol inhibiting the communication between our brain's neurotransmitters, meaning that information isn't passing effectively between the brain and the eye, affecting our ability to see. In the short term, alcohol will also affect our ability to identify contrasts between different colours and shades as it prevents the pupils constricting or dilating in accordance with the environment. A study by Western University in Canada stated that alcohol can reduce the eye's powers of detecting differences between light and dark by 30 percent. According to YourSightMatters.com, heavy drinkers could also find their eyes are more sensitive to light, causing an onslaught of migraines.

Medical Daily reported that alcohol can also cause the muscles in your eyes to weaken, potentially leading to irreparable damage to the optic nerves that carry information from the eyes to the brain. This could lead to a case of myokymia, which is an involuntary twitching of the eyelid. Other physical effects on the eye include dryness and that tell-tale sign of a heavy night, bloodshot eyes, caused by a dilation of the ocular blood vessels. Dr Teenan, UK Medical Director at Optical Express, told the Express: “I regularly see patients who complain of having dry eyes, a condition that can be aggravated by drinking. Sufferers often complain of redness and discomfort that ultimately impacts their vision.”

And if I haven't put you off drinking at this stage, sit tight, because the list of potential long-term effects on the eye is no less disturbing. According to Essilor, sustained alcohol abuse can lead to cataracts, and the fact that alcohol is making it more difficult for your body to absorb vitamins can cause paralysis of the eye muscles and night blindness. A study by the British Journal of Ophthalmology has even linked optic neuropathy (essentially a complete loss of vision) to excessive drinking.

The key to avoiding all of this? Moderation, moderation, moderation. We all know how hard it is, and believe me I have a hard time practicing what I preach, but there's no denying that that extra glass of wine isn't always worth it. Plus, you'll feel so much fresher come morning, and you'll never have to deal with hangxiety ever again.