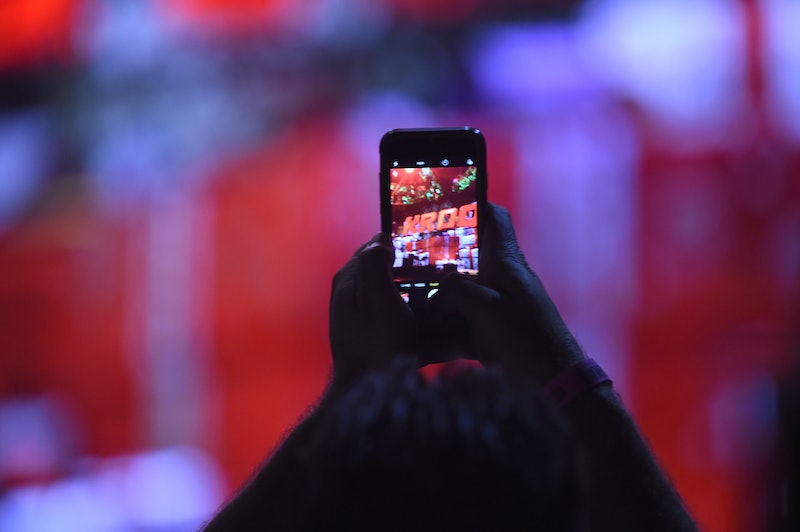 In the wake of President Donald Trump's recently-frozen travel ban, many people are concerned about their privacy rights. It's normal for luggage to be examined following international travel, but can border agents search your phone?

You've probably heard about Sidd Bikkannavar, the U.S.-born scientist who had to hand his NASA-issued phone over to border agents before being allowed back into the country. A Customs and Border Patrol agent gave Bikkannavar a document, "Inspection of Electronic Devices," and told him that CBP was allowed to search his phone, The Verge reported. "I was cautiously telling him I wasn't allowed to give it out, because I didn't want to seem like I was not cooperating," Bikkannavar told The Verge. "I told him I'm not really allowed to give the passcode; I have to protect access. But he insisted they had the authority to search it."

Officers "conduct border searches of electronic devices to determine whether a violation of U.S. law has occurred," according to the Department of Homeland Security. So, yes, despite the Fourth Amendment's protection against "unreasonable searches and seizures," border agents actually do have the legal authority to search your phone. If your device is selected for inspection, "you should expect to be treated in a courteous, dignified, and professional manner," according to CBP, and Bikkannavar did tell The Verge that CBP had been "incredibly professional and friendly."

But that was in the case of Bikkannavar unlocking his phone for the officers; if he hadn't done so, CBP could very well have seized his phone or subjected him to further detention, according to the document the NASA scientist said he received. It's still technically illegal, however, to single people out for searches based on their race or ethnicity. But if you're worried anyway, here's a guide from the ACLU on your border rights.

Still, Robert McCaw, the director of government affairs at the Council on American-Islamic Relations, suggested that people should not unlock their phones, and that they should request legal assistance, CNBC reported. "There's absolutely no reason why the federal government should be asking you for your password to your computer or your social media without a warrant. Period," Mr. McCaw told The New York Times. "There's no justification."

And yes, technically you're under no obligation to provide your phone passcode to border agents. But as Haisam Elsharkawi, an American citizen, found out, refusing to do so might cause you more problems than it's worth. Elsharkawi, whose phone was allegedly searched at a Los Angeles airport last week, claimed that "[he] opened the doors of hell when [he] asked for a lawyer," the Times reported. Elsharkawi said he was met with a deluge of questions afterward.

So if you do get detained by border agents, you're probably going to have to choose which would bother you less: having your phone searched, or refusing and going through the legal process, which would likely result in some inconvenience. It's a choice between a rock and a hard place — and I do not envy anyone who ends up having to make that decision.