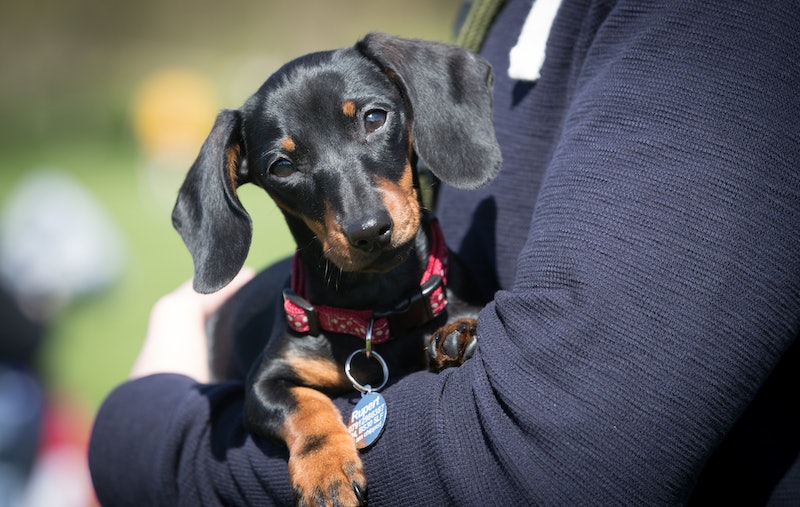 If you’re a vegan dog parent, you might wonder about whether or not you can put your dog on a vegan diet, too — or maybe you’ve already made the switch. The rise in interest in vegan and vegetarian diets for humans in recent years has led scientists to study the effects of vegan diets on our beloved canines. And while everyone wants what’s best for their fur baby, there are a few things you should know before putting your dog on a vegan diet, according to a new study.

Published in the British Journal of Nutrition, the study states that while modern-day domestic dogs are a subspecies of the grey wolf, they are biologically different in some ways. The diet of grey wolves can vary a lot according to the season and habitat, and while meat is a mainstay of a wolf’s diet, they also eat grasses and plant foods, like fruit, as well.

So, what does all this mean for your French bulldog? Well, like wolves, domestic dogs are adaptable, and can thrive on various foods. And while vegan and vegetarian diets might be doable for some dogs if approached very mindfully, they could also pose some potential problems, according to the study.

"Unfortunately, most home cooked and even commercial vegan diets are not safe and healthy for dogs," Dr. Carly Fox, staff doctor at NYC's Animal Medical Center tells Bustle via email. "Since dogs process nutrients differently than people, they are at risk of not having a complete and balanced diet which can lead to irreversible medical conditions."

The Independent also notes that, theoretically, meat-free diets for dogs might work so long as their food is nutritionally balanced — like, perfectly nutritionally balanced. But the concern among experts is with the potential gap between theory and implementation. Meaning that executing the perfect doggie plant-based diet can be tricky.

Dr. Fox says that most vegan animal diets lack sufficient amounts of protein, essential amino acids, and vitamins and minerals found in meat and animal products. She also says that "Dogs can technically eat a vegan diet, but it needs to be carefully formulated. There are some commercially available vegan canine diets that have gone through feeding trials ... However, even these diets are at risk of not being complete. All commercial and especially home cooked vegan diets should be analyzed by a boarded veterinary nutritionist [to] help make your chosen vegan diet complete and safe for your dog."

And while both dogs and wolves are omnivores (ish), the extent to which they can thrive without meat in their diets is still somewhat unknown, the Independent further notes. According to the study, researchers say that wolves might be more along the lines of adaptive carnivores, rather than true omnivores. Fluctuating food availability throughout the seasons might mean that wolves can deal with changes in food sources, but that doesn’t mean a meat-free diet is ideal for them. And while dogs differ from wolves in some important ways, they’re still closely related enough that studying one species can help shed light on the other.

The Conversation also suggests that, according to the new study, dogs have evolved to live with humans, and, as a result, may have adapted to more omnivorous ways than their grey wolf ancestors. So, while this means that your pup can maybe eat a vegan or vegetarian diet — so long as it’s dang near perfectly executed — there are some definite risks. And, truth be told, it's not necessarily recommended.