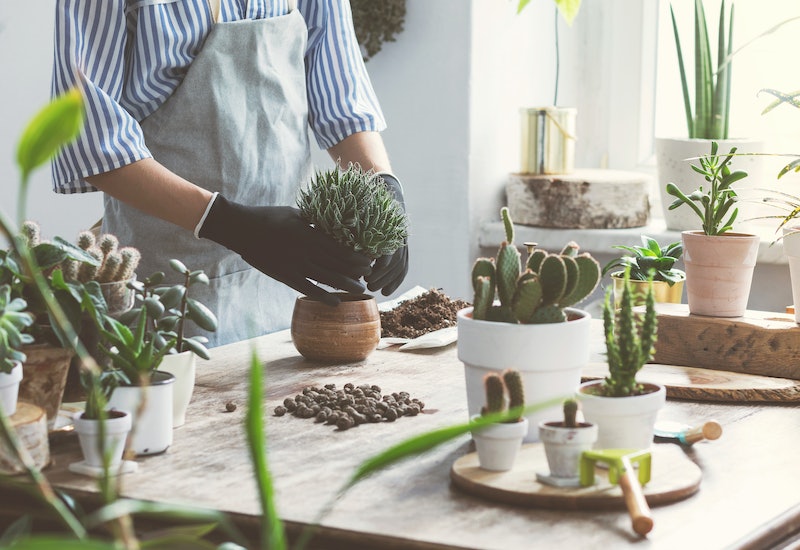 Telling someone with a mental health issue to "spend more time outside" is often viewed as inherently unhelpful. But it turns out there is some truth to the retort. Ecotherapy is being used as a mental health treatment across the UK with some of the main benefits being that it's generally free, accessible, and, most importantly, successful.

As mental health charity Mind explains, ecotherapy can take several different forms: group activities such as camping and farming and individual pursuits like gardening or walking. Once considered a more alternative form of treatment, now even GP surgeries are prescribing it, reports the Guardian.

Mind's Aimee Gee told the paper this novel therapy "has huge benefits for wellbeing and can even be as effective as antidepressants in treating mild to moderate depression and anxiety." This, she continued, is believed to be a result of more physical exercise, more social contact, and the mood-boosting effect of nature itself.

Research backs this up. A review of ecotherapy, published in Frontiers in Psychology, noted that interacting with green spaces has been linked to an "increased length of life and deceased risk of mental illness across a number of countries." Plus, healing gardens were "shown to reduce depression."

Something as simple as walking is believed to be beneficial by some experts. In his book, In Praise of Walking, neuroscientist Shane O'Mara espouses the prescription of walking to aid general organ health and brain function and relieve symptoms of anxiety and depression. “Patients should be told to go out and do 5,000 steps a day," he told the Evening Standard.

Occupying yourself in the great outdoors also offers less chance to ruminate. Focusing on the growth of a plant, for example, "provides the satisfaction of completing tasks," Gee explained to the Guardian. And partaking in group activities like a camping trip encourages people "to concentrate on survival and the need to cooperate with others in order to do so," psychologist Oliver James wrote in the same paper. Also, he said, steering clear of modern life (even if only temporarily) can help people "detoxify from established bad patterns."

There may be some evolutionary angle to all of this. As The Atlantic reports, nature used to be a vital part of human survival, so, theoretically, embracing it could be a positive experience. Embracing it fully, psychologist Craig Chalquist told the magazine, doesn't just mean stepping outside for a quick minute every now and then. It means caring for the environment around you, whether that's by looking after animals or preserving plants.

According to Mind, however, ecotherapy can mean working in nature or just experiencing it. Even if you don't have the means to physically go outside, you can still try it by decorating your home with natural materials, growing plants indoors, and listening to natural sounds.

The charity's website lists a number of organisations that offer ecotherapy programmes in England and Wales. You can also find further contacts here or simply go it alone. While you are free to find the activity that works for you, it's important to remember to consult your GP or psychiatrist before altering treatments as they may recommend combining ecotherapy with another option.