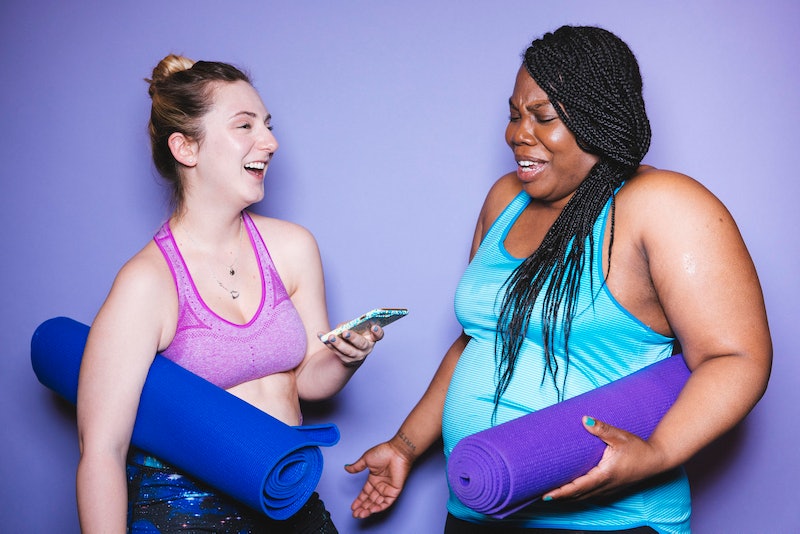 While it’s no secret that exercise provides a ton of health benefits — like increased energy, better bone and muscle health, glowier skin, and even increased brain power — plenty of people take to their yoga mats for the mood-boosting benefits. And a new study published in the Journal of Happiness Studies suggests that you might start feeling happier after exercising for only 10 short minutes, AKA less time than it takes to decide what to watch on Netflix.

While maybe this isn’t super groundbreaking news, what is surprising is that “As little as 10-min [sic] physical activity per week, or 1 day of doing exercise per week might result in increased levels of happiness,” the study further reports.

The randomized controlled trials mainly focused on cancer survivors and older adults, and found that “both aerobic exercise and stretching/balancing exercise were effective in improving happiness.” Well + Good also notes that while there’s significant happiness-boosting benefits to surprisingly minimal amounts of weekly exercise, those happy vibes get capped at a certain point — exercising for more than 150 to 300 minutes per week doesn’t seem to up the happiness benefits much. Sticking with two and a half to five hours per exercise per week is all you need to reap the health and happiness perks of physical activity.

While it may seem obvious that exercise can have a positive impact on mental health and happiness, Dr. Sarita Robinson, a senior lecturer in psychology at the University of Lancashire, told Newsweek that establishing the direct link between happiness and exercise in a research setting is a little tricky. “It could be that people who are happy for all kinds of reasons, such as having good jobs or lots of money, have the means to do more exercise or afford a gym membership. Also when we are down or depressed, we are less likely to exercise and have a reduced desire to move in general.” Robinson further notes that “Despite the consensus that exercise itself makes you happier, we should also consider the possibility that happiness can lead to more opportunities to exercise.”

That said, exercise is undoubtedly important, and the overall physical and mental health benefits are well established — not the least of which are the positive effects of physical activity in the treatment of depression and anxiety. The benefits of regular physical activity also include better sleep, increased social activity if you play a sport or workout with a buddy, and the possible prevention or delay of a slew of chronic health conditions, like type 2 diabetes, heart disease, high blood pressure, and even some types of cancer. Whatever your motivation to get moving may be, the myriad ways exercise benefits both the mind and body are too good to miss.