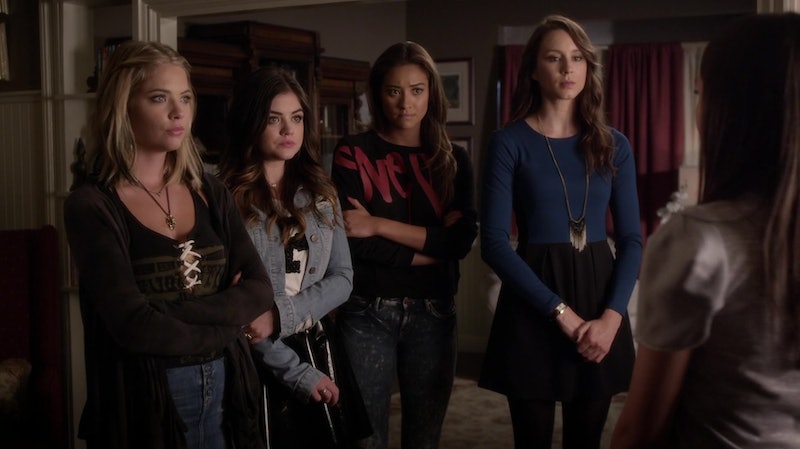 We all have secrets. It's human nature to have some things you keep for yourself and share with not a soul; but new research has us second-guessing this, suggesting that keeping secrets is bad for your mental health. Here's where it gets really interesting: it doesn't even matter what the secret is. The simple act of holding something in is enough to do damage to your mind, body, and soul.

The study, published in APA PsycNET, claims that rather suprisingly, we very rarely find ourselves in social situations and conversations where we have to actively hide something from the person we're talking to. Preventing someone from learning our secret isn't, then, the biggest problem. It doesn't matter how damaging the secret could be, or how close (or not close) we are to the person we're hiding it from.

So what's the problem, then? The problem is merely thinking about our secrets — which, the study says, we do far more frequently (perhaps three times as often!) than hiding secrets from others. This is where the trouble begins.

The researchers analyzed over 13,000 secrets across their participants, while also measuring outcomes for well-being, physical health, satisfaction in relationships, and authenticity.

It turns out how often you think about your secret can predict a decreased quality of well-being and authenticity, worsening your anxiety and draining your mind.

As a comparison, the researchers asked some participants how thinking about a negative life event — one which everyone knew about — impacted them mentally. While it was unpleasant for them, it was still the group reflecting on their secrets that was worse off. Painful thoughts aren't as painful when we don't try to bottle them in.

It's a never-ending cycle, too. Contributing to how often we think about our secrets is that we might view keeping them as a goal; and goals that we have not yet achieved are all too easy to obsess over. Keeping something private is essentially an eternal goal you will never fully achieve, which means you could think about it endlessly, further adding to the stress and poor mental health.

This isn't the first time science has warned us about the dangers of keeping secrets. Neuroscientists have found that physiologically, it's better for us to let our secrets out — or better yet, not be part of other people's secrets in the first place — because hanging on to them puts our brains in a weird place.

The cingulate cortex in the human brain is designed to tell the truth, largely so that the brain can move on to more important tasks, like learning. When you keep a secret, you put the cortex in an unnatural state, and it becomes stressed. It's trying to accomplish two goals — keeping a secret and telling the truth — and the opposing tasks put it in overdrive. In this anxious state, your body releases more stress hormones, and that can have a negative effect on your memory, metabolism, and blood pressure, just to name a few.

While newer research is repeatedly suggesting keeping secrets is bad for your mental and physical health, it really shouldn't come as all that big of a surprise: people knew long ago keeping secrets is a no-no. Origen — a third century A.D. scholar and theologian — said secrets are literally poison, and the only way to get rid of the poison is to draw it out in the open. Old Christian literature considered confession medicine for your soul. Warnings about secret-keeping trace back farther than we probably realized.

Most of us have at least one secret we've held onto throughout our lives; it might be time to consider letting it all out — you could feel a whole let better for it.