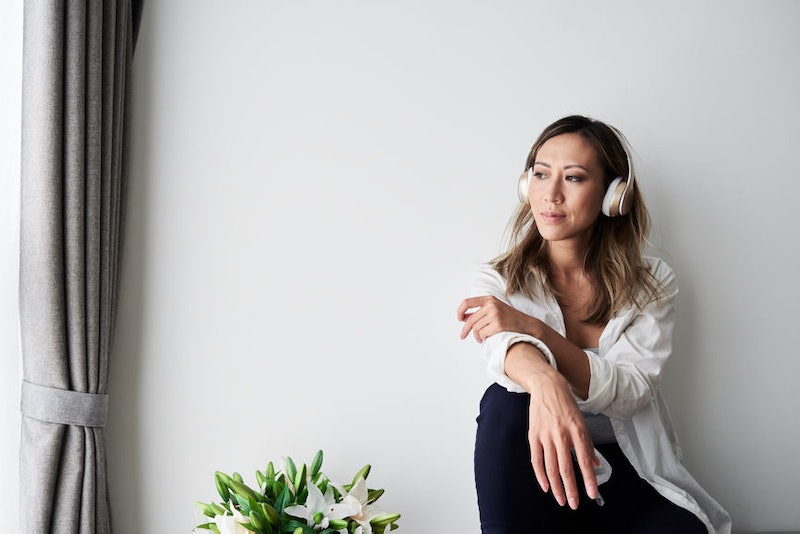 So your cold's been lingering for a small eternity now, and you've exhausted all the usual options: lemon and honey, nasal sprays, vitamin C, a multipack of Soothers, and every single supplement your mum suggested. Perhaps you've given up on ever breathing freely again, and are attempting to make peace with your new, snotty self. There's one remedy you probably haven't tried, however, and it's a mere click of the play button away. Can music help you get over a cold? Surprisingly, a few studies suggest the answer's yes.

Researchers have identified two genres of music in particular that boost the immune system, although neither study directly compared the impact of the chosen genres with that of other styles of music. Both jazz and dance music have been shown to increase the level of antibodies in listeners' bodies — in other words, they boost the efficacy of the immune system — while the latter also helps to decrease the level of stress hormone cortisol.

As the Telegraph reports, researchers from Sussex University and the Max Planck Institute, in Germany, conducted a 2008 study into the impact of music on the immune system. 300 participants listened to either 50 minutes of upbeat dance music or, in the control group, a "random collection of tones." The participants who listened to dance music saw a significant decline in their levels of cortisol in comparison with the control group, while their levels of antibody immunoglobulin A, a vital aspect of the immune system, increased.

Study leader Dr. Ronny Enk of the Max Planck Institute explained, "We think the pleasant state that can be induced by music leads to special physiological changes which eventually lead to stress reduction or direct immune enhancement."

"We'd expect that different kinds of music might show different physiological and immunological effects," Dr. Enk added. "Not only the music itself is important but probably the personal appraisal of the listener will also be important. We did not use relaxing music, but rather exciting music that were joyful dance tunes from different centuries." Not especially into a joyful dance tune? It's possible your preferred genre of music might have a similar immune-boosting effect.

According to the Guardian, researchers at American institution Wilkes University found another genre of music that boosts immunoglobulin A: jazz. Volunteers in a study conducted by Dr. Carl Charnetski and Dr. Francis Brennan listened to a recording of smooth jazz; the levels of immunoglobulin A in their saliva were measured before and after listening. The result? Again, increased levels of the antibody in the jazz listeners' saliva. In short, the studies suggest that a carefully chosen playlist could galvanise your immune system into booting that cold for good.

Here's one more possible health benefit of listening to music: according to Harvard Health, music therapy can help to minimise pain perception, and has assisted both patients with "intense short-term pain" and patients with chronic pain. Recipients of music therapy (which is a little more involved than simply loading up a track, admittedly) needed less medication to manage their pain, felt more in control of their pain, and found some relief from pain-related depression. The conclusion? Music could be an awful lot more powerful than you think.