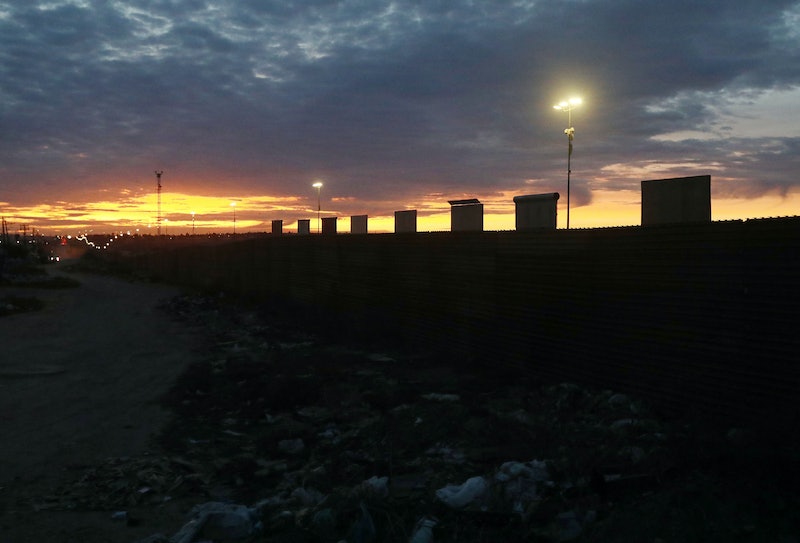 For those who are wondering if the federal courts can stop the border wall, there will be an answer soon for at least one case. The North American Butterfly Association is the latest organization to take issue with border construction, and it's seeking a resolution in a federal court. Per CBS, the association announced its intentions in a statement released on Feb. 12, claiming that the upcoming construction of a border barrier (which Congress approved last March) illegally infringes upon the property of the National Butterfly Center in the Rio Grande Valley.

Per CNN, the association has requested that a judge grant a temporary restraining order against upcoming construction of the barrier. CNN further reports that the Trump administration is now required to give a response to the court regarding this matter by Feb. 22, after which the judge will make a decision.

As Dallas Morning News notes, the National Butterfly Center has been working for more than a year to stop the border barrier. But its plight has received increased attention in recent days because construction is set to begin in the near future, as reflected in the photo below.

PLEASE SHARE! 18 ft of concrete with 18 ft of steel bollards are headed our way! We need your continued support in our battle against the border wall. Please JOIN and/or CONTRIBUTE to our efforts to protect the National Butterfly Center by every means at our disposal! AND "stick around" to help us clean up after construction (if we can't stop it!) and TEAR IT DOWN as soon as we are able!!!

As for the likelihood of whether a federal court will side with an environmental group over the Trump administration, a recent court case in California has signaled that the government might have the upper hand.

According to NPR, a federal appeals court ruled on Feb. 11 that the Department of Homeland Security (DHS) has a "broad grant of authority" to bypass environmental statutes in order to quickly complete projects of national security. In other words, if the DHS deems border wall construction to be vital to the nation's security, it's possible other courts could come to the same conclusion.

This court issue was, of course, slightly different than the one that the butterfly center is leveling against the Trump administration. Specifically, that case addressed concerns by an environmental group in California over the construction of wall prototypes near San Diego, NPR reports.

But in a statement to The Hill following the announcement of the verdict, Steven Stafford, a Justice Department spokesman, said that the court victory signified the general authority of the Executive branch to build physical barriers on the border. He said, “Today the court has affirmed that authority, and that is a victory for the Trump administration, for the rule of law, and above all, for our border security."