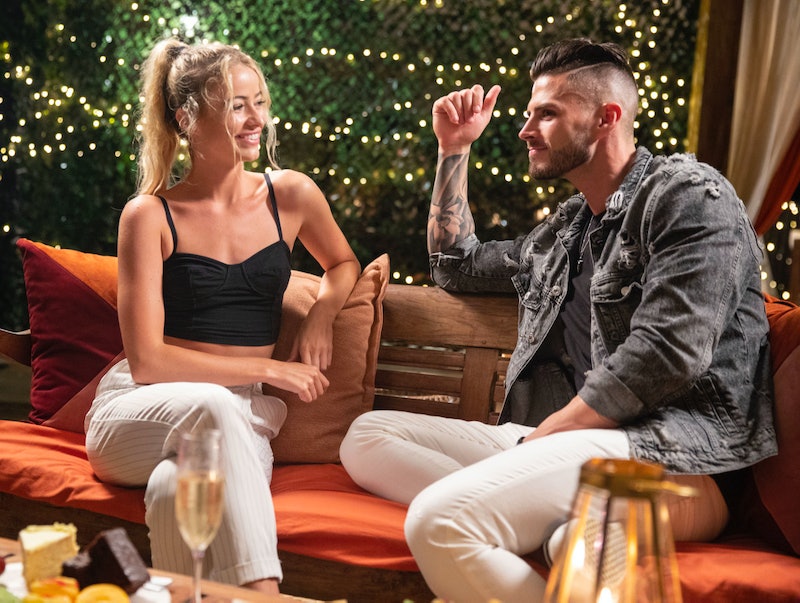 Love Island might seem chaotic, what with the constant rotation of singles coming into the villa looking for love. But all that relationship building happens in a carefully controlled environment. In fact, there are a ton of rules that have to be followed in the villa, including how much alcohol the Love Island cast can drink per episode.

Reality television can exist without alcohol, but for many people the two are connected. Whether it's watching the cast of Jersey Shore imbibing spirits, the Real Housewives flipping tables covered in wine glasses after too much pinot, or Bachelor contestants with flushed cheeks, and a cocktail in hand, at the rose ceremony, drinking is essentially what producers seem to rely on to get their cast to act up. According to USA Today, the Islanders are allowed two drinks a night, which is not a lot by these previously mentioned reality television standards.

Still, the producers of Love Island are confident that the show doesn't need to provide its contestants with excessive amounts of alcohol to be entertaining. Executive producer David Eilenberg explained in the same USA Today article that Love Island is "actually a show positioned very much against excessive alcohol use in any way." Eilenberg explained he and the rest of the crew want the cast to have a good time, "but because the show is geared toward actual coherent conversation and connection it’s not a show that allows excessive acts of alcohol consumption."

While the American version of Love Island limits things to two drinks a night, a former contestant on the original Love Island explains that those rules are a little more relaxed during the show's first few days. Love Island UK alum Kady McDermott explained to Cosmopolitan that "During the first four or five days when we didn’t know each other we had alcohol to break the ice, but then after that it was two glasses of wine a night." The rules may be a little relaxed during the show's first few days, but that means that anyone who joins the show later in the process will have to settle for a moderate amount of wine each evening.

While Love Island always kept an eye on contestant's alcohol consumption, the alcohol-lite version of Love Island is reflective of another major reality dating franchise. Arie Luyendyk Jr. told Us Weekly that his season of The Bachelor featured less alcohol than previous seasons, a change that TMZ reported would also take place on Bachelorette and Bachelor In Paradise as well. Even then, however, TMZ reports that there is a two-per-hour maximum on drinks on Bachelor shows, much more than the two-per-evening rule on Love Island.

The cast of Love Island is on the show to find romance, and while having fun and being open is part of the process, the producers have made a very intentional choice to keep alcohol intake at a minimum. Whether or not taking alcohol away will actually help these Americans find love while on Love Island has yet to be revealed, but audiences can be certain in knowing that the likelihood of alcohol clouding anyone's judgment on this show is low.