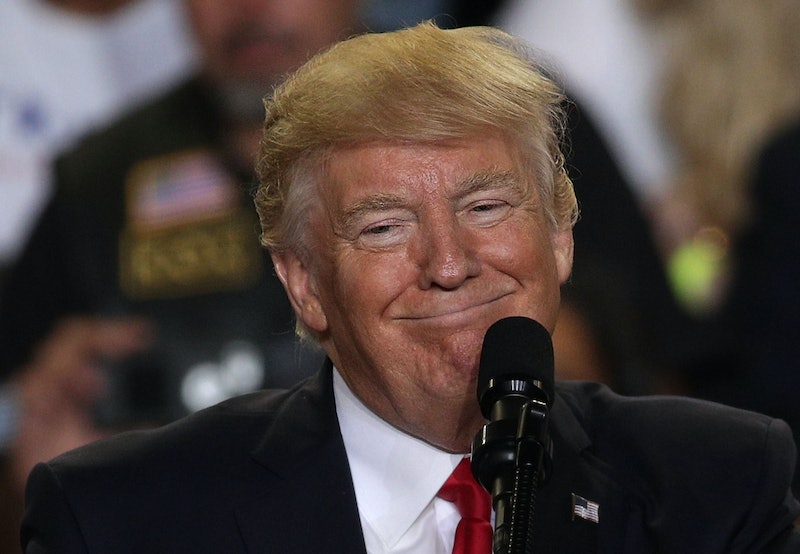 On Sunday, Donald Trump's Chief of Staff Reince Priebus indicated that the president's administration has "looked at" making changes to libel laws, potentially threatening press freedoms. Priebus' assertion has led many to wonder whether the president can change libel laws and, if so, how this change would occur. As it turns out, it is quite difficult to change federal libel laws and, indeed, a constitutional amendment would likely be required to do so, meaning that the president cannot singlehandedly change them.

Libel refers to the notion of a press outlet publishing information that defames or harms a person or their character. Presently, there are no federal libel laws, only libel laws that vary from state to state. Additionally, a federal Supreme Court case, New York Times v. Sullivan, placed limits on how states can define libel, saying that public figures accusing writers of libel have to prove that "something false was said about them, that it harmed their reputation, and that the writer acted with 'actual malice,'" according to the New York Times. Limiting the ability of public figures to accuse the press of libel helps ensure press freedom by allowing media outlets to publish critical pieces without fear of legal repercussions from individuals who merely do not like (true) stories written about them.

During his presidential campaign, Trump indicated that he wished to "open up" libel laws "so when they [the press] write purposely negative and horrible and false articles, we can sue them and win lots of money." Last Thursday, Trump further reinforced this stance on Twitter, saying "The failing @nytimes has disgraced the media world...Gotten me wrong for two solid years. Change libel laws?"

On Sunday, when asked about the administration's stance on changing libel laws, Trump's Chief of Staff Priebus echoed Trump's earlier sentiments, indicating that changing libel laws "is something we've looked at," though he also acknowledged that "how it gets executed or whether that goes anywhere is a different story."

Priebus' comment caused a stir among elected officials and media outlets because many viewed it as an attack on press freedom. However, while threatening to change libel laws to make it easier for public figures to sue the media certainly is, in my opinion, disconcerting, the reality is that changing libel laws would be an exceedingly difficult task. According to CNN, there is no federal libel law to change, meaning that any changes to libel laws would have to either occur through a constitutional amendment or through the overturning of the aforementioned Supreme Court case.

The president and his administration do not have the power to accomplish either one of these feats singlehandedly and both would require extensive efforts from Congress, the states, and/or the judicial branch, meaning that a change in libel laws is highly unlikely.

Thus, while the president cannot change libel laws himself, it is nonetheless disquieting that he seemingly wants to make these changes. Supporting changes to libel laws does little to repair Trump's already highly fraught relationship with the news media.