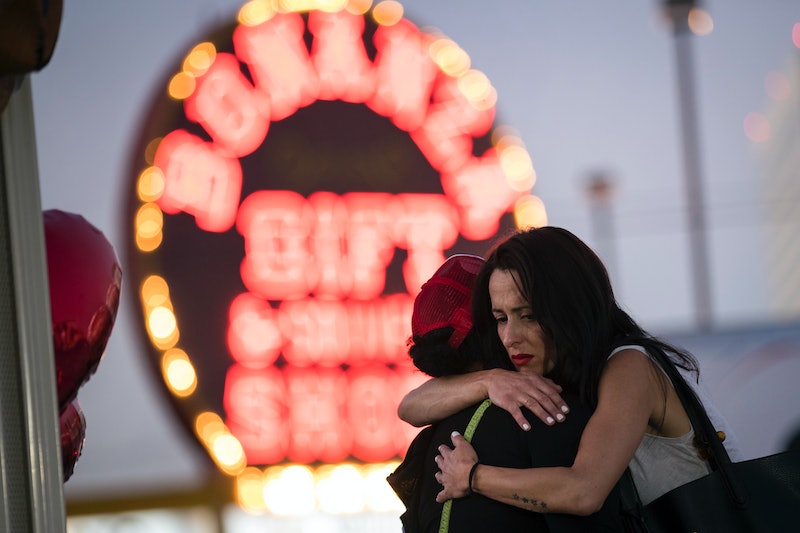 After the mass shooting in Las Vegas — as with many of the recent mass shootings in the United States — calls for gun control have once again taken over public discourse. In fact, a guitarist who for much of his life has defended the Second Amendment has since changed his views on gun laws after being at the music festival in Vegas where the shooting took place. But demands for action on gun control are frequently met with staunch defenses of the right to bear arms, so maybe we should think about this instead: Can the Second Amendment be repealed? If it could, the right to bear arms would no longer be enshrined in the Constitution.

To answer this question, we first need to examine how the Second Amendment has remained in place. The text of this amendment reads: "A well regulated Militia, being necessary to the security of a free State, the right of the people to keep and bear Arms, shall not be infringed." But most gun-owners in the United States are unlikely to be connected to a militia, so why is this right still protected? In 2008, the Supreme Court ruled in District of Columbia v. Heller that the Second Amendment gives Americans the right to possess firearms "unconnected with service in a militia, and to use that arm for traditionally lawful purposes, such as self-defense within the home."

When people therefore argue that their right to bear arms is protected by the Constitution, that's not inherently true. The Supreme Court has issued this interpretation of the Constitution, but the Second Amendment does not explicitly grant this right. Moreover, the Supreme Court has issued other interpretations in the past, in United States v. Cruikshank and United States v. Miller.

Passing gun control legislation is made even more difficult by the fact that the National Rifle Association has such a powerful lobby — and those who defend the NRA are very active in politically and financially supporting it. Despite these challenges, however, it is worth assessing whether or not a repeal of the Second Amendment is feasible, and how such a process would even work.

In order to repeal an amendment, the House of Representatives and the Senate would have to draft a new amendment to repeal the old one. This has only ever happened once in American history, when the 21st Amendment repealed the Prohibition conditions implemented by the 18th Amendment. Then, the majority of both houses would have to approve the drafted legislation before sending it to all 50 state legislatures for ratification. Update: Alternatively, two-thirds of state legislatures could call for a constitutional convention to propose a new amendment, but none of the existing amendments to the Constitution have been proposed this way.

This step is already tricky; it is extremely hard to imagine any circumstances in which the majority of both houses of Congress — let alone pro-gun lobbyists — would be on board. However, it's a necessary step in the repealing process, and that's not the end of it.

For an amendment to be integrated into the Constitution, three-fourths of state legislatures have to vote in favor of it. Given the fact that red states currently outnumber blue states, this seems almost impossible. However, no repeal of the Second Amendment is possible unless all of these requirements are satisfied.

Of course, it is also worth considering whether there are any factors that warrant the Second Amendment remaining in place. One argument that frequently comes up is that people who live in rural areas may need their firearms to survive, and to protect their homes and livestock. Another more systemic argument is that the Second Amendment is supposed to be a last resort, for when state violence reaches a breaking point and the people need to defend themselves against the government.

While these are both valid arguments, this much is clear: Guns in the United States need to face severe regulation, and Congress has routinely failed to pass significant, effective gun control legislation.

Conservative columnist Bret Stephens wrote in a New York Times editorial that "repealing the [Second] Amendment may seem like political Mission Impossible today, but in the era of same-sex marriage it’s worth recalling that most great causes begin as improbable ones." It does not seem even remotely feasible that a Second Amendment repeal could pass in the near future, but when it feels like we're running out of options to save people's lives, it's still a question worth asking.